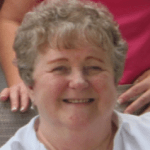 She was born in Pittsfield, MA, June 3, 1939, the daughter of the late Ernest W. McClintock (owner of McClintock Chevrolet) and Helen Elizabeth Clum McClintock.

Barbara was raised and educated in Stephentown and was a graduate of New Lebanon High School. Following high school, she was employed by General Electric in Pittsfield, MA. She then worked for her father at McClintock’s Chevrolet in Stephentown as a bookkeeper before it closed in 1980. She later was employed at various nursing homes in their medical records department.

Mrs. Wood enjoyed reading, watching movies and going out to dinner at Red Lobster and the Lakeview on Crystal Lake.

She is the beloved mother of Lori A. (Chris) Hoffman of Stephentown and Debra L. (Michael) Clark of East Greenbush; adored grandmother of Brendan and Tyler Hoffman, Matthew, Joshua and Nicholas Howard; loving sister of William T. (Wendy) McClintock of Idaho, Janet H. (Wesley) Edwards of Stephentown and the late Robert E. McClintock.

Funeral services will be private at the convenience of the family with burial in the Cemetery of the Evergreens, New Lebanon.

CLAVERACK—Sylvia (Engel) Schaummann of Claverack died peacefully Wednesday, July 15, 2020 in the loving arms of her family.

She died as she lived, independent, loving and full of grace. She was a wonderful wife, mother, grandmother and friend to all she met.

She enjoyed sewing, crafting, cooking, garden club, and the seniors organization. But more than anything she loved her friends and family. She was especially thankful for her wonderful neighbors and friends that helped her live that independent, quiet country life that she so cherished and flourished in.

She loved a hot cup of coffee on the porch or a warm fire on a cold winter’s day. She loved to tell stories of the old days or hear a bad joke. Many a quiet evening was spent listening to the Mets.

Mrs. Schaummann was a lifelong homemaker, that allowed her to contribute to the health, wealth and maturation of two grateful children and five thriving grandchildren. Her skills were many, but more than anything, she was talented at kindness.

She was predeceased by her husband, Boyd Schaummann; father, Walter Engel and mother, Anna (Ham) Engel.

A funeral service will be held Wednesday, July 22, 2020 at noon from the Bates & Anderson – Redmond & Keeler Funeral Home, 110 Green Street, Hudson. Interment will follow in the West Ghent Cemetery. Visitation will be from 10 a.m to noon at the funeral home also Wednesday.

In lieu of flowers, bake a batch of cookies for someone you love; consider sending a contribution to the American Cancer Society or to local first responders.

Born January 14, 1931 in Greenport, she was the daughter of Kenneth and Pearl (Hawver) Almstead.

She worked for many years at the A & P market in Hudson. She enjoyed embroidery and crossword puzzles, but her favorite activities were shopping, baking and socializing. She loved to ride around Walmart making new friends.

In addition to her parents, she was predeceased by: her husband, Richard; siblings, Alice Decker, Kenneth, Edward, Martin and Robert Almstead.

All services will be held at the Bates & Anderson – Redmond & Keeler Funeral Home, 110 Green Street, Hudson. Visitation hours are Thursday, July 23 from 5 to 8 p.m., and funeral services are Friday, July 24 at 10 a.m. Interment will be in Linlithgo Cemetery. Visit www.batesanderson.com to leave condolences.

She was born July 23, 1959 in Luquillo, Puerto Rico to Leonardo and Maria (Perez) Rodriguez.

There are no services.

HUDSON— Michael Edward LeSawyer, age 66, passed away July 21, 2020 at his home in Hudson with his loving wife by his side after a courageous battle with lung cancer.

He was born February 9, 1954 to Michael and Marjorie (Bostwick) LeSawyer. He was a graduate of Hudson High School, Becker Junior College and attended Boston University and Harvard.

He lived in Key West, Florida, for 20 years and then returned to his hometown of Hudson in 2002.

He is survived by: his wife, Amparo, who cared for him lovingly and without hesitation; two children, Casey Marie LeSawyer Navarro of Pittsburgh, PA, and Edward LeSawyer of Hudson; his sisters, Linda Dousharm (Frank Gregory) of Beaufort, North California, and Cynthia LeSawyer (Peter Galea) of Napa, California.

He was kind and funny with his many nieces and nephews and they will always remember “Uncle Mike.” He will be sorely missed by those who loved him. Services will be private. 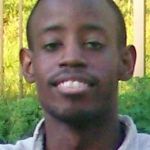 He was born in the Bronx, August 17, 1983. He resided in a Brooklyn foster home until he came to live with the Clintons in April 1989. Later that year his adoption was finalized. He attended high school at the Riverview School on Cape Cod and graduated in 2002.

He attended college at New York Institute of Technology on Long Island from 2002 to 2004.

His central challenge was sickle cell disease, causing multiple crises which disrupted education, employment and a sense of normalcy. Still, he maintained a positive attitude and displayed phenomenal bravery, stoicism and resilience.

Music was a his lifelong passion. He relished listening to many genres and attending concerts, theater and dance events. He enjoyed watching sports and, during healthier times, participated in basketball, soccer, swimming, biking and skiing. He was a member of Overcomers Ministries when he resided in Ghent.