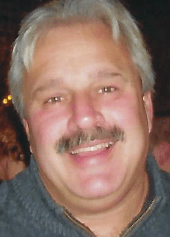 HUDSON—Benjamin James “B.J.” Cantele, 59, of Hudson passed away Tuesday, August 18, 2020 at his home surrounded by his loving family.

Born July 19, 1961 in Hudson, he was the son the late Benjamin E. Cantele and Eleanor (Baker) Cantele, who resides in Philmont.

He was a graduate of Taconic Hills High School, received his associate’s degree in business from Columbia-Greene Community College and went to trade school in Vermont for stone cutting. He was the owner of Cantele Memorials, Cantele Tent Rentals and Cantele Car Wash.

His passion for rebuilding and collecting classic Corvettes won him numerous awards including Top Flight Bloomington Gold and the Duntov award. He was a life-time member of the Mellenville Fire Company and an avid New York Yankees fan. “Love isn’t as much of what you say, but a lot of what you do.” He was larger than life, but humble and kind. To his adoring wife, her rock and eternal love. To his children, their mentor and friend. To his grandkids, a gentle giant. To his friends and family, he was loyal and loving. He leaves a legacy of kindness and generosity to a fourth and fifth generation. “As long as we breathe, you’ll be remembered.”

Besides his mother, he is survived by: his high school sweetheart and wife of 34 years, Mary F. (Costa) Cantele; his son, James B. Cantele (Jamie) of Copake; his daughter, Meagan Cantele (Jason Welch) of Ghent; two brothers, Timothy Cantele (Diane) of Hudson and Brian Cantele (Tracy) of Ghent; four grandchildren, Memphis, Colby, Tucker and Alayna; several nieces, nephews and cousins.

At the family’s request, funeral services and burial will be private. A celebration of Mr. Cantele’s life will be held at a later date. Memorial contributions may be made to the Community Hospice of Columbia/Greene, 47 Liberty Street, Catskill 12414. Arrangements are under the direction of the Raymond E. Bond Funeral Home, 1015 Kinderhook Street (Route 9), Valatie. To send condolences visit raymondbondfh.com. 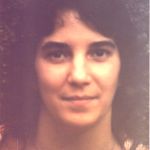 Daughter of John H. Boss and Doris Tanner Boss, she is survived by her husband, Roger L. Gerwaski; brother, J.H. Boss and many cousins.

She attended Chatham Central Schools and Fairfield University. A career banker she was employed at Berkshire Bank for more than 20 years.

She enjoyed winter sports, hiking, music, the beach, family and friends. Arrangements are with the French, Gifford, Preiter & Blasl Funeral Home, 25 Railroad Avenue, Chatham. Condolences may be conveyed at frenchblasl.com.

She was also predeceased by her siblings, Ruth Duncan, Eleanor Wagner, Walter Larsen and Robert Larsen.

Mrs. Dellapa was a long-time active member of the Kinderhook Garden Club and the Tri-Village Hospital Auxiliary. She attended St Luke’s Lutheran Church in Valatie.

There will be no calling hours. Memorial donations may be made to the Alzheimer’s Association. Arrangements are with the Raymond E. Bond Funeral Home, 1015 Kinderhook Street (Route 9), Valatie. To send condolences visit raymondbondfh.com. 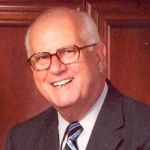 ALBANY—Brother Michael A. Smith suffered a severe heart attack Sunday evening, August 16, 2020, and passed away peacefully Tuesday, August 18, 2020 at Albany Medical Center with his exceptional medical team and a community member by his side.

He was the first child of Michael B. Smith and Mildred Sergent Smith, born in Allentown, Pennsylvania, January 19, 1939. He and was baptized at Saints Cyril and Methodius Church in Bethlehem.

He had a younger sister, Kathryn. His father was a Bethlehem steel worker. He went to elementary school at Holy Infancy Parish School and in 1953 moved on to Bethlehem Catholic High School. After graduation he joined the Alexian Brothers. Their charism included their dedication to live in community and participate in the ministry of healing in the tradition of the Roman Catholic Church. He served with them for a year and a half, but realized that it was not where he belonged. He returned home again and with the support of his parents he joined another religious order—the Congregation of Holy Cross. He became a candidate for the order at St. Joseph Juniorate in Valatie, November 19, 1960 and after novitiate made his first profession January 26, 1962. He earned a Bachelor of Arts degree at St. Edward’s University in Austin, Texas, a master’s degree in English education from Rhode Island College, and a second master’s from the University of Notre Dame. Brother Michael served as a faculty member in Holy Cross schools in Brooklyn; Warwick, RI; and West Haven, CT. He taught freshman writing at the University of Notre Dame and served as rector of Flanner Hall there (1982 to 1991). He was headmaster of Saint Edmond’s Academy in Wilmington, DE from 1991 to 2003, and again from 2010 to 2015. In 2018, he retired to St. Joseph Center in Valatie. No matter what their ages, he told his students to “Look within, get to know yourself, have a dream and believe in it—and live your life without apologies.”

Due to the pandemic St. Joseph Center is closed to visitors, and there will be no public funeral service at this time. The local community will remember Brother Michael in the Office of the Dead and in their usual community Eucharist. At an appropriate time, when deemed permissible, a memorial Mass will be celebrated for Brother Michael. “May he rest in peace.” 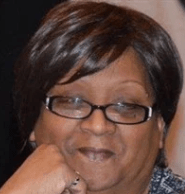 ALBANY—Anita “Tiny” L. Sheldon-Griffin, 67, was peacefully called home to the Lord August 17, 2020 at the Albany Medical Center ICU, after a very short illness.

She was born April 11, 1953 in Hudson to her loving parents, the late Herbert L. Sheldon, Sr., and Sylvia E. Benson-Sheldon.

Her childhood was spent growing up in a farming family at Morehouse Corners, Red Rock, then later in Chatham Center. During and after graduating from Chatham High School in 1971, she was employed as a bookkeeper for the Columbia County Highway Department, where her father was superintendent and she also worked alongside her brother, Arthur. In 1975, she married the love of her life, Douglas W. Griffin, Sr.

While residing in Schodack Landing, they started their family. Their daughter, Crystal was born in 1976 and their son, Douglas W. Griffin, II, was born in 1977. Throughout the years while raising their young family, the Griffins became foster parents to many children.

Ms. Sheldon-Griffin was also employed as a data-entry operator at Key Bank-Corporate Woods in the late 1980s. Prior to moving to Texas in 1997, she put her cooking skills to work as a chef at Resurrection Nursing Home in Castleton. During her 10 years of residency in the Woodlands, TX, she was employed as a chef at Woodlands Healthcare Center as well Big Lots. Upon her return to New York State in 2007, she was employed at Kaz and DSS in Hudson until her retirement in 2015.

Ms. Sheldon-Griffin enjoyed gardening, plants and cooking. She was known for her delicious baked beans, macaroni salad and macaroni and cheese.

A quiet and private person, she was full of love and could make one laugh with her giggle, her little looks or her way with words—to let it be known she’s not dealing with the nonsense. This beautiful lady will sure be missed.

The family will have a private memorial celebration at a later date.

GUILDERLAND—John “Jackie” Dugan, Jr., 79, of Valatie passed away Tuesday, August 18, 2020 at The Grand at Guilderland.

He was a mason for the Bricklayers Union in Albany. He loved and enjoyed his birds and boats.

Funeral services will be private for the family. Calling hours will be held Monday, August 24 from 3 to 6 p.m. at the Raymond E. Bond Funeral Home, 1015 Kinderhook Street (Route 9), Valatie. Burial will be in Woodlawn Cemetery, Valatie. To send condolences visit raymondbondfh.com.