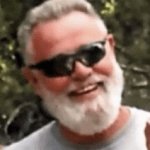 Born November 7, 1953 in Hudson, he was the son of the late Anthony R. and Barbara Marie (Strehler) Demarest.

Mr. Demarest was a union laborer for Local #190 in Albany. He graduated from Ichabod Crane High School and was a member of the Hudson Boat Club. He enjoyed life, sports (he was a superstar baseball player), boating and riding around in his car.

He is survived by: his wife, Margaret Demarest; his companion, Tina Hutchings; six siblings, Francis R. and Richard C. Demarest, Sherry M. Hamm and Laurie M. Demarest, all of Stuyvesant, Donna Duntz and Charlene Gregio, both of Hudson.

He is also survived by many nieces, nephews, cousins and many true friends. He was predeceased by his son, Lee A. McDarby and three brothers, Anthony R., John M. and Keith A. Demarest.

A celebration of Mr. Demarest’s life will be held at a later date in order to protect the health and well-being of his friends and family. Memorial contributions may be made to the American Cancer Society, One Penny Lane, Latham 12110. Arrangements are with the Raymond E. Bond Funeral Home, 1015 Kinderhook Street (Route 9), Valatie. To send condolences visit raymondbondfh.com. 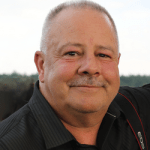 KINDERHOOK—Craig A. Johnson, 60, of Kinderhook passed away peacefully at home August 3, 2020 after battling ALS.

Born in Bath to Robert and Joan (VanDusen) Johnson, he grew up in Gouverneur.

He earned his master’s degree in physical education while attending St. Lawrence University. The following year, he stayed on as a graduate assistant football coach, before being invited to work at Villanova University, PA, as an assistant coach.

“He was a catalyst in recruiting a team that would be rebuilt and go on to become national champions,” according to Andy Tally.

After several years of honing his teamwork and leadership skills at Villanova, he started a new journey at the Adirondack Center in Ephratah. He brought his grand vision to life while creating a unique destination for group workshops and retreats. He shared his personal developments skills with many groups of high school, college and foreign exchange students, teachers, developmentally disabled individuals and religious retreat groups. For 12 years, he impacted the lives of many during joy-filled experiences including his workshops, rope courses, meals and campfires. During this time, he found his heart’s calling—working with developmentally disabled individuals.

When the center closed, he moved to Kinderhook to permanently reside with his other love, Barbara. He enabled individuals by providing daily “out of walls” experiences for Rensselaer County’s Living Resources. “He brought light to everyone he met,” according to Robert.

The family requests that in lieu of flowers, donations be sent to P.O. Box 623, Kinderhook 12106, toward the purchase of trees to be planted at St. Mary’s Cemetery, where his body will rest. Donations may also be made to the ALS Association in his memory at donate.als.org.

Funeral services were held privately for the family at the Raymond E. Bond Funeral Home, 1015 Kinderhook Street (Route 9), Valatie. Burial will be in St. Mary’s Cemetery in Stuyvesant Falls.

A Celebration of Life will be held this fall to honor him.

A disc golf fundraiser is planned in his honor to benefit the Living Resources programs. 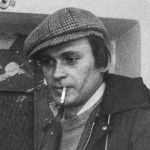 CARTHAGE, TN—Imre Vilaghy died June 19, 9:28 a.m. at a friend’s home as his son, Christoph, prepared to take him outside for his first smoke of the day, five months after he was diagnosed with stage 4 lung cancer.

He was born March 25, 1947 in Baden Bei Wien, Austria, the son of Andreas Vilaghy and Ruth (Hein) Vilaghy. He grew up in Austria but as an adult, discovered he enjoyed working with handicapped children. He spent seven years living and working in Camphill Schools for the mentally handicapped in Northern Ireland, Scotland, South Africa and England, and then immigrated to the United States with his wife, the former Joanne Bleezarde from Ravena and their sons, Erik Andreas and Christoph Joseph.

He soon became a citizen and was delighted by how easy it was to start a business in the U.S. He was a car mechanic, a chimney sweep and then a farmer. He started Our Daily Bread bakery, sold baked goods in the Greenmarkets in New York City, and opened a coffee shop and internet cafe on Warren Street, The Oasis. When the former Lawrence’s Tavern came on the market he bought the restaurant and the building it was in and The Wunderbar and Bistro was born.

After eight years operating The Wunderbar, he sold it and bought a boat. He lived on the boat for three years, sailing it up the Hudson, through the Great Lakes and back on the Erie Canal. Eventually he tired of the sea and traded the boat for an RV, realizing his dream of traveling around the country. He spent several winters in Texas and Florida, returning to New York for the summers until he happened upon an RV park for sale in Granville, Tennessee, an hour east of Nashville.

He bought the Made in the Shade RV Park in 2016, managed it and lived in it until the last two months of his life when he moved into the home of a friend who lived nearby.

He declined treatment and spent no time in hospitals except for testing. He died on his own terms, in little pain and with his head screwed on tight. His body was cremated and his ashes scattered in several places meaningful to him.

He leaves behind: his sons, Erik Andreas of Schenectady and Christoph Joseph of Athens; his former wife, Joanne Vilaghy of Philmont; his aunt, Edith Rudolf and her daughters, Eva and Alexandra; his stepmother, Sylvia Vilaghy Briebauer and his half-brother, Andreas Vilaghy, who all live in Austria, and his little dog, Jasmine.