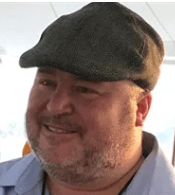 TAGHKANIC—Steven Edward Dobrowski, 46, of Taghkanic passed away August 20, 2020 at his home.

“Steve” was born November 3, 1973 in Hudson to James and Deborah Dobrowski.

He first discovered his love for the outdoors at an early age and instantly developed a passion for hunting, fishing, trapping and everything the natural world had to offer. The family farm held a special place in his heart, and he loved vacationing in the Adirondacks. His family will affectionately remember him by his self-proclaimed title, the “Grand Wizard of the Great Outdoors.”

He began a line career in construction with Mid-Hudson Cable and Taconic Tel before dedicating his professional life to National Grid. He began by reading meters in the Arbor Hill area and worked tirelessly to achieve his goal of becoming a hot-stick lineman. After many faithful years out in the field, he most recently worked at the Eastern Regional Control Center. A hard worker and devoted friend, Mr. Dobrowski considered his coworkers akin to his family. While a perfectionist at work, his greatest testament was his desire to do everything in his power to help someone in need and ensure those he loved were taken care of. For him, “No,” was simply not an answer when it came to giving food, advice, or sharing a laugh-inducing story with anyone who would lend him their ear. He will be fondly remembered as a best friend, master storyteller, practical joker, and loving family man with a heart to match his larger-than-life personality.

Mr. Dobrowski is survived by the love of his life, his wife, Carolyn (Valden) Dobrowski, who he married September 9, 1999; along with his three stepchildren, whom he considered his own, Hayley (Cooper) Boyles and her husband Brett, Griffin Cooper and Keaton Cooper. He is also survived by parents, Jim and Debbie Dobrowski; his twin brother, Matthew Dobrowski and his wife Pauline, and his three nephews, Jack, Mason and Cole. He also left behind his two devoted dogs, Roscoe and Rudy.

Funeral services will be held Wednesday, August 26, 1 p.m. at the Bates & Anderson – Redmond & Keeler Funeral Home, 110 Green Street, Hudson. Visitation time will be held from 10 a.m. to 1 p.m. prior to the service. Interment will follow in Stuyvesant Falls Cemetery.

Born December 23, 1945 in Great Barrington, MA, she was the daughter of the late Cornelius and Bertha (Bartlow) Rogers.

Survivors include: two brothers, Cornelius (Irene) Rogers, Jr., and Douglas (Ann) Rogers; her niece and nephew, Pam and Ken Sperl and family. Services will be private for the family. 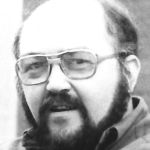 ALBANY—David B. Ambrose of Hollowville passed away August 4, 2020 in Albany.

He was born November 22, 1951 to Victor P. Ambrose and Ruth Wildermuth Ambrose.

He graduated from Ockawamick High School in 1969, where he earned his high school diploma with an emphasis on agriculture. He was a lineman on the high school football team and catcher for the high school baseball team.

An avid sportsman, for much of his life he hunted and fished on Scarecrow Farm, the family farm. After graduation, he bowled for many years on the Friday Night Mix Bowling team as well as two other men’s bowling teams.

Mr. Ambrose was a machinist employed for 30 years at H. and H. Hulls, and after the company was sold, for American Space Technologies, from which he retired in 1969.

He is predeceased by his father, and grandparents, Bert and Pearl Wildermuth and Victor and Helen Ambrose.

A Memorial Service will be held at date to be announced. The family thanks family friends, Albany Medical Center, Columbia Memorial Hospital, The Pines Rehabilitation Center, and McVeigh Funeral Home for their care and deep concern for Mr. Ambrose and for his family in life and at his end.

She and her twin brother, Harold, were born in Kinderhook January 12, 1928 to Max and Lulu Cross.

She graduated from Martin Van Buren High School in 1946. She went on to attend SUNY Albany and earned a teaching certificate for cosmetology. She taught cosmetology at Hudson Valley Community College (1966 to 1969) and at BOCES (1969 to 1972). Mrs. Bangert also became a board-certified cosmetology examiner for the State of New York. A lifelong resident of the Kinderhook area, she owned her own business—Marjo’s Salon until 1992.

She was a member of St. John’s Catholic Church, Valatie and St. Joseph Catholic Church in Stuyvesant Falls. She was an active member of the VFW Post #9593, where she held the positions of president, treasurer and secretary during her active time. She was also active in the 6th Marine Division Auxiliary and served as president twice, 2000 to 2002 and 2004 to 2006.

She was predeceased by her husband of 40 years, Joseph Bangert, Sr., in 1988 and her brothers, Max and Harold Cross.

In lieu of flowers, Mrs. Bangert wanted donations to go to St. Jude’s or the Sixth Marine Division Striking Six. 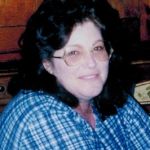 PINE PLAINS—Linda Susan Pezze, 69, a Pine Plains resident since 1992, formerly of Ancramdale, died peacefully at her home, Sunday, August 23, 2020 with her loving family at her bedside.

Mrs. Pezze retired from the Anderson Center for Autism in Staatsburg and previously worked as a home health aide for Heritage Home Care in Sharon, CT, for more than 10 years.

Born April 29, 1951 in Poughkeepsie, she was the daughter of the late Reginald and Anne (Albano) Hough.

She will be deeply missed by her beloved family and many friends.

In addition to her husband of 44 years, she is survived by: her children, Eugene Thorn and his wife Kelly, Lonnie Thorn and his wife Jessica, Samuel Pezze and his girlfriend Heather and Jessica Pezze and her boyfriend Brian; six grandchildren, Brandon and Dylan Thorn, Scott and Austin Baker and Lacey and Jayden Pezze; three brothers, Ed, Harry and Reginald Hough and several nieces and nephews and many friends.

In addition to her parents, she was predeceased by her sister, Carol.

Calling hours will be held Saturday, August 29, 2020 from 11 a.m. to 12:30 p.m. at the Scott D. Conklin Funeral Home, 37 Park Avenue, Millerton. A funeral service will follow at 12:30 p.m. at the funeral home. Pastor William Mayhew will officiate. Burial will follow at Irondale Cemetery in Millerton. Memorial contributions may be made to the Pine Plains Rescue Squad, P.O. Box 100, Pine Plains 12567 or Alzheimer’s Association Hudson Valley Chapter, 2649 South Road #101 Poughkeepsie 12601. To send an online condolence visit www.conklinfuneralhome.com