Born September 23, 1934 in Yonkers, she was the daughter of the late George Godfrey and Marguerite (Beem) Kass.

She met Albert Knoll in Bermuda in 1955 and it was love at first sight. They were married in 1957 and purchased the Blue Spruce Inn and Suites in 1961.

Private family services will be held at her home with a garden consecrated in her memory and at Ferncliff Cemetery in Hartsdale. Memorial contributions may be made to the Kinderhook Garden Club, P.O. Box 373 Kinderhook 12106 or the ASPCA at www.aspca.org. 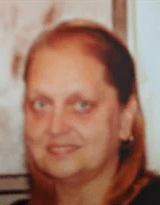 HUDSON—Susan Ann Elizabeth (Hamilton) Maikels, 72, passed away August 6, 2020 at Columbia Memorial Hospital. She was born April 8, 1948 in Somerville, Massachusetts to the late James and Theresa Hamilton.

She was a registered nurse and had her own home health care company “Your #1 Care.”

She was the type of person that would take care of anybody who needed help. She was loved by many and will be greatly missed. She is now at peace with her mom and dad and Bill.

She was predeceased by her parents; her son, Edward Joseph Maikels and her companion, Morris “Bill” William Dingman.

Services will be held at the convenience of the family. Arrangements are with the Bates & Anderson – Redmond & Keeler Funeral Home, 110 Green Street, Hudson.

ALBANY—Sara A. Pitt, 63, a wife, a mother, grandmother, sister and a resident of Cairo passed away July 30, 2020 at Albany Medical Center.

She was born February 20, 1957 in Manhattan. She later moved and built her life in Livingston.

She loved spending time with both her grandchildren and children. They were her proudest accomplishments. In her free time she loved to color, watch Mike and Molly, and go grocery shopping.

Mrs. Pitt was the most understanding and loving lady one could meet. She always took care of everyone like they were her own children. She was a mother figure to many—not just people—but the ducks and chickens that roamed her property.

She was predeceased by: her father, Floyd Flouton; her mother, Eva Quick; her brother, Lloyd Flouton; sister, Kathy Alverez and granddaughter, Veronica Pitt. 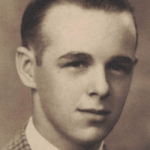 VALATIE—Donald A. Foisy, “Fuzzy,” 92, a U.S. Army veteran and resident of Niverville, formally from Woodstock, CT, passed away Monday, July 27, 2020 at The Grand Rehabilitation and Nursing at Barnwell.

Born and raised in Marlborough, MA, he was the son of the late Frank Foisy and Mederise (Rougeau) Foisy. He attended Marlborough High School, then attended trade school in Worcester, MA.

He served in the U.S. Army in Korea for one-and-a-half years and worked most of his entire career at Colt’s Plastics in Connecticut, as the chief engineer and designer until his retirement in 1998.

Mr. Foisy loved socializing, dancing and singing, had an over-the-top love for people and his smile always lit up the room. 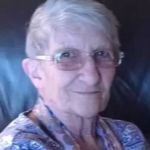 BENNINGTON, VT—Joan Kathryn Walsh, 86, formerly of Valatie passed away August 15, 2020 at Brookdale Fillmore Pond, where she had resided for the past few years.

Born June 3, 1934 in Indian Lake, she was the daughter of the late Donald and Leda (King) Betts and stepfather, Arthur Locke.

She graduated from Indian Lake Central School and attended Albany Business College. She held several secretarial positions over the years, including a job with Senator Bernstein at the State Senate in Albany many years ago, as well as at CICU in Albany, Bennington College in VT, and Questar in Schodack. Mrs. Walsh was a volunteer member of the Valatie Rescue Squad for many years, serving as an EMT, secretary, driver and billing clerk, which were positions that she was very proud to have served in and for which she received the DeWitt Clinton Award for Community Service.

She was a loving “Mom” and “Gramma,” always ready to run errands and watch her grandchildren. She loved watching NASCAR (#48 Jimmy Johnson) and visited Orange County Choppers for her motorcycle fix. In spite of her Alzheimer’s diagnosis, she was still smiling and spunky up until a short time ago.

The family thanks the wonderful staff at the Clare Bridge Memory Care Unit where she lived in Vermont and also the VNA and Hospice of Bennington for their kind and compassionate care.

A wake will be held Friday, August 21 from 5 to 7 p.m. at the Raymond E. Bond Funeral Home, 1015 Kinderhook Street (Route 9), Valatie. Burial will be at St. John the Baptist Cemetery at a date to be determined.

In lieu of flowers, donations to the Valatie Rescue Squad, P.O. Box 242, Valatie 12184 would be welcomed. To send condolences visit raymondbondfh.com. 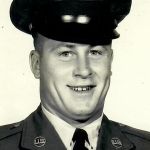 Born September 21, 1944 in Stottville, he was the son of the late Henry Joseph and Marjorie Adeline (Engel) Mink.

“Bill” was a bartender at the Val-Kin Restaurant in Valatie for many years and also at Meadowgreens for a time. He was a graduate of Mahopac High School, a longtime member of the Valatie Santa Claus Club, a life-member of the NRA and the John W. McConnell American Legion Post #47 in Valatie and an avid cribbage and pinochle player.

He is survived by: three sisters, Sandra Mink of Florida, Carol Roraback of Chatham and Sheila Boll of Ohio; several nieces, nephews and cousins. He was predeceased by his brother, Robert J. Mink, Sr., and his sister, Mary Ellen Harder.

Funeral services will be held Wednesday, August 19, 2020, 2:30 p.m. at the Raymond E. Bond Funeral Home, 1015 Kinderhook Street (Route 9), Valatie with the Reverend Nick Becker officiating. Calling hours will be from 1 to 2:30 p.m. prior to the service. In lieu of flowers, contributions may be made to the Valatie Santa Claus Club, P.O. Box 601, Valatie 12184 or the Valatie Rescue Squad, P.O. Box 242, Valatie 12184. To send condolences visit raymondbondfh.com.