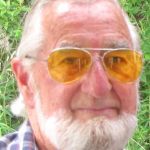 He was an Army veteran who served in Korea.

Mr. McCagg was employed by the Columbia County Highway Department as a heavy equipment operator, retiring in 1997.

A fan of country music, he learned to play the guitar and enjoyed entertaining people. For many years he was an enthusiastic member of The Stoney Mountain Boys.

He is survived by: his son, Donald (Carol); his daughter, Bonnie; two grandchildren, Peter (Colleen) and Angela McCagg, and two great-grandchildren, Madeline and Owen McCagg.

He was predeceased by: his first wife, Janice (Collins) and his second wife, Lynda (Stoll). 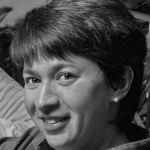 She was a devoted daughter and loving mother who will be remembered by all who knew her.

Twins Judith and David, the eldest of their siblings, were born in March 1951 to Andrew “Sam” and Margaretha Ritter of Hudson.

As a youth, “Judy” was a cheerleader and competitive swimmer who also enjoyed assisting in her father’s veterinary practice.

She graduated from Hudson High School (1969) and attended the College of Saint Rose before receiving her degree from Cornell University. She studied horticulture and worked with plants for many years. In her free time, she enjoyed reading, dancing, shopping and visiting the library.

Ms. Ritter was predeceased by her parents, Sam and Greta as well as siblings, David Ritter and Andrea Ruf. She is survived by her only child, Elizabeth Smith of TN, and her sister, Susan Fredericks of NC. She was proud to be an organ and tissue donor and was able to give the gift of life as an expression of her selflessness and unconditional love.

Memorial contributions may be made to the Columbia Land Conservancy at clctrust.org or a charity of the donor’s choice. Interested individuals can contact the DMV to learn more about becoming an organ donor.

A memorial service, under the direction of the M. Grimaldi Funeral Home, 25 Railroad Avenue, Chatham will be scheduled at a later date. 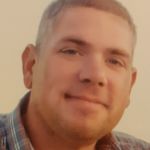 ALBANY—Gregory Charles Lundquest, age 43, of Stuyvesant passed away August 25 at the Albany Medical Center with family at his side.

He was born in Plattsburgh to William Charles and Joan A. (Morrow) Lundquest. He went to Ichabod Crane High School and moved on to graduate with an associates’ degree from Columbia-Greene Community College in 2003. He was currently working for the Columbia County Department of Public Works as a laborer and prior to that, worked at Price Chopper in Chatham. Previous to those positions, he was a district manager for the Register Star and worked for UPS for a number of years, before moving on to work in the office of WCL Advertising and Publishing, Inc.

He then formed GCL Advertising and Publishing, Inc., where he followed in his father’s footsteps for a period, producing The Hudson River Sampler. He also helped with the conversion of the Sampler over to the Hudson River View. He enjoyed being in the outdoors and on the water. He loved horseshoes, boating, hunting, fishing and always enjoyed a great campfire with friends.

“Greg” is survived by: his mother, Joan Lundquest of Stuyvesant; sister, Lisa Lundquest of Albany; several aunts, uncles and cousins. He was preceded in death by his father, William C. Lundquest, Jr.

He was very loving and giving, always offering a service and a smile. He touched the hearts of everyone he knew. He will truly be missed. Due to his love of animals and love for his past pets, memorial donations may be made to Columbia-Greene Humane Society, 111 Humane Society Road, Hudson 12534. The family extends thanks and appreciation to the Albany Med staff, as well as all the friends and family that have reached out with their thoughts and prayers.

Visitation will be held at Raymond E. Bond Funeral Home, 1015 Kinderhook Street (Route 9), Valatie, Saturday, August 29 from 2 to 4 p.m., with a service to follow at 4 p.m. with the Reverend Andy Smith officiating. To send condolences visit raymondbondfh.com.

CLAVERACK—Geraldine F. Christie, 81, of Claverack passed away peacefully August 21, 2020 at her residence.

She was born January 13, 1939 in New York City, the daughter of Thaddeus and Catherine Wareham.

She was a supporter and volunteer for the Columbia County Meals on Wheels Program, serving the homebound through the county. She was a devoted Parishioner of Our Lady of Hope Church in Copake Falls. Throughout her life she was a member, supporter and mentor for many through Alcoholics Anonymous, where she made many friends.

Above all else she was a loving mother, grandmother and great-grandmother.