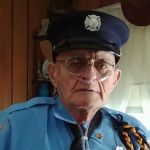 He was born February 12, 1944 in Great Barrington, MA, the son of Charles and Mary (Dawson) Ostrander.

“Don” was a truck driver for Pine Lane Wholesale Foods in North Hillsdale.

He was a life-member of the Hillsdale Fire Department, enjoyed mowing his lawn and playing solitaire.

He married Betty A. (Fields) Ostrander in North Hillsdale, July 11, 1981. She survives him at home.

He was predeceased by a brother, Bobby Ostrander

Visitation will be held at Peck and Peck Funeral Home, 8063 Route 22, Copake, Thursday, August 6 from 4 to 7 p.m. Those attending must wear a mask and practice social distancing for the safety of all.

A firefighter service will be held at the funeral home, Friday, August 7 at 11 a.m. with Pastor Jackie Jefferson, officiating. 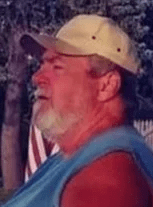 He was born September 22, 1954 at Columbia Memorial Hospital in Hudson.

“Don” was an avid sports fan, player and coach. He was known for his loud, booming voice, whether shouting advice from the stands or his contagious laugh. His sense of humor and kind heart will live on forever. He was one of the best athletes and coaches ever in this area and he helped to guide and mold the lives of many youngsters, becoming a father figure to many and the best dad ever to his kids.

“Big Don,” as he was known by everyone, is survived by: his brother, Kenneth Weaver (Lisa) of Hudson; Stan Tomasitz of Hudson; ex-wife, Mary Weaver of Athens and their five children, Justin, David, Donald Jr., Jamie and Darren, all of Hudson; seven grandchildren, Mallory, Darren Jr., Dallas, Demi, David Jr., Jenna and Jace; in addition to many nieces and nephews.

Visitation will be held at Bates and Anderson – Redmond and Keeler Funeral Home, 110 Green Street, Hudson, Thursday, August 6, 2020 from 3 to 7 p.m. with services beginning at 7 p.m. officiated by family friend, Pastor Paul W. Benjamin of Michigan.