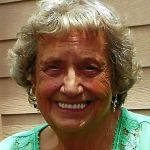 She was born June 24, 1934 in Red Rock, the daughter of the late Charles and Hilda (Briggs) Pultz.

She drove the school bus for Chatham Central School District for 18 years. She was a life-member of the Red Rock Ladies Auxiliary and volunteer usher at Mac-Haydn Theatre. She enjoyed bingo, word search puzzles, crocheting and most importantly spending time with her friends and family.

A private family gathering will be held at a later date. In lieu of flowers, Mrs. Robinson’s family requests donations to be made in her honor to the Red Rock Volunteer Fire company. Arrangements are with the Wenk Funeral Home, 21 Payn Avenue, Chatham. Send online condolences at wenkfuneralhome.com. HUDSON—Robert Dauley passed away suddenly from his long battle with cancer on August 8, 2020.

Anyone that knew him knew him by his red hair, one of his many traits that could be seen from across the room.

He was as stubborn man, a true ginger as his daughter always says, but he was also a very kind and loving man that would do anything, for anyone.

He had a special way of brightening the day with his “sick” sense of humor and his laugh was contagious.

Mr. Dauley spent many years working in construction and cherished his years spent as a mechanical insulator with Local 91. He would tell anyone though, that his greatest achievement in life was having his daughter and watching her grow up.

He is survived by: his beloved daughter, Brittani; his parents, Steve and Maryanna Dauley; his sister, Dawn and Tim Cowin; his sister, Lynda and Justin Angier; six nieces and nephews and numerous extended family members.

Visitation for family and friends will be held Friday, August 14, 2020 from 3 to 6 at Bates & Anderson – Redmond & Keeler Funeral Home, 110 Green Street, Hudson.

In lieu of flowers, memorial donations may be made to the American Cancer Society. Condolences may be expressed at www.batesanderson.com 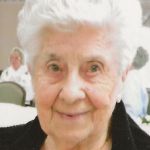 HUDSON—Vincenza Rosa Vigliotti LaPorta passed away peacefully in the arms of the Lord at the Firemen’s Home Hudson, Friday, August 7.

“Vee” was born in Eastchester, March 26, 1919 to Angelo and Maria Rosa (Modestino) Vigliotti by whom she was predeceased.

She was the fifth of 12 children in the family. Her siblings were: Sabatillo, America, Carmine, Allesandrina, Antionette, Domenico, Rocco, Nicodimo, Rosa, Giovanna, and Luigi.

Her dad passed suddenly when she was just 16 and after that tragedy everything changed, she said. All the children worked hard to do their part. She worked for a grocery market after school and she enjoyed sharing stories with anyone who would care to listen about many lessons taken away from those years, particularly how to save and manage a business.

She married the love of her life, Anthony LaPorta, Jr., and together they established the Midland Garage in Tuckahoe. They founded the Westchester Antique Automobile Association and were members of the Westchester Fire Department, where they met their lifelong friends Marge and Art Ecklond and their three daughters: Carol, Susan, and Helen.

The LaPorta Family made memories during summer vacations at Bash Bish Falls campgrounds. These times in the country became tradition and led them to move to Copake in 1955. The couple restored their home and built a handsome Sunoco gas station automotive repair shop. In business they made their mark on the community quickly as they become known for their invitations for pasta dinner. There was always a crowd for dinner and always enough for one more customer to try mama’s meatballs! A two-bay manual car wash was added to the shop and that sustained Mrs. LaPorta with work and many loyal customers for years to come. She enjoyed working alongside her husband for more than 60 years until his passing, and together they shared enough stories, about their camping trips, the move to the country, attempts at farming, maple syruping, the many interesting friends they grew to love and life in the shop, to fill volumes. Mrs. LaPorta kept the shop going well into her ninth decade.

When asked, she would say she loved her family dearly but was most proud of being an “American” citizen and her right to vote. She was a devoted wife and mother. She was a 50-year member of the Copake Fire Company Auxiliary, a communicant of Our Lady of Hope Roman Catholic Church and she was a volunteer for veterans.

Mr. LaPorta was predeceased by her husband, Anthony, Jr. and son. Joseph.

He was born June 16, 1939 in Brooklyn, to Samuel and Eva (Dubin) Weber. He graduated from Erasmus Hall High School where he met his future wife, Stefanie J. Dahl. They married in 1959. He went on to earn BA and MA degrees from Brooklyn College. He spent most of his career at Port Richmond High School (PRHS) in Staten Island.

In addition to teaching history he was the Dean of Boys and the Coordinator of Student Activities. He impacted many young lives at PRHS as a teacher, a mentor and confidante. He also taught GED night courses for many years and was an adjunct professor at St. John’s University.

He served in the U.S. Army Infantry and the National Guard U.S. Army Reserve from 1958 to 1963. He and his wife Stefanie retired to Copake in 1999, where he held various local government and community service positions. He was a member of the Taconic Hills School Board, the Copake Grange, the Hudson American Legion Post and numerous other organizations.

For the last few years he and his wife stayed with their children in South Carolina where he enjoyed not having to shovel snow. He spent his time watching history documentaries, reading, taking walks, enjoying family and reminiscing about his life and career.

A future memorial service will be determined.

Arrangements are with the Peck and Peck Funeral Home 8063 Route 22, Copake.