CHATHAM—Chester Blass, Jr. of East Chatham died peacefully at his home on September 19, 2020 watching his favorite team the New York Yankees beat the Boston Red Sox in an overtime thriller. He was 92 years old.

He was a graduate of Chatham High School and was a proud veteran of the Korean War, having served from 1952-1954, earning the rank of sargeant. He was a member of the Ghent V.F.W. Post 5933. He retired from the NYS Department of Transportation in 1983, where he held the position of Highway Maintenance Supervisor.

Mr. Blass was an avid hunter and golfer. He enjoyed watching the New York Jets with his grandsons; horse racing, reading, sitting by a warm fire in the fireplace with his yellow labs Maizi and Kozy, taking care of his lawn and spending time with family on his beloved “mountain.”

Calling hours for family and friends will be held on Wednesday, September 23 from 10 to 11 a.m. at Wenk Funeral Home, Chatham. Services will immediately follow at 11 a.m. followed by burial at Mountain View Cemetery in New Concord. All are welcome to a celebration of life at Chet and Mary’s home following the burial service.

In lieu of flowers, donations in his memory may be made to the Columbia-Greene Humane Society, 111 Humane Society Road, Hudson 12534

Online condolences may be sent at wenkfuneralhome.com 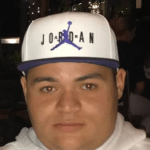 CHATHAM—Jordan Brown, 22, beloved son, brother, grandson, nephew, cousin and friend passed away on September 16, 2020. Those who knew him knew that he struggled with addiction, but that he was so much more than an addict. He had a huge heart, an immense love for his family, a remarkable sense of humor and a great love of the outdoors.

He is deeply loved and will be missed by his parents, John Brown and Krissy Lucido; his siblings, Kyleigh and Isaiah Brown; his grandparents, Charlie and Suzanne Brown and King VanAlstyne and Priscilla McArthur; his aunts, Kindra VanAlstyne, Karen (Mike) McPhillips and Christine Hutson, as well as many cousins.

He was predeceased by his mother, Therese Brown, who is without a doubt wrapping him in Heavenly love, and his uncle, Scott Hutson.

He attended Chatham High School and recently resided in Florida before returning to Columbia County.

Due to Covid-19, the family has decided not to hold a public service and asks instead that people reach out to someone in need and perform a loving act of service.

In lieu of flowers, the family asks that donations be sent to Columbia County Pathways to Recovery, at http://pathwaystorecovery.org/wp/ or to 877-HOPE-365. 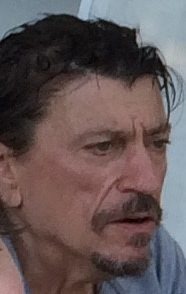 COPAKE – Zenon Christopher Ferdinand Raabe died September 14, 2020 at his home in West Copake of natural causes. He was 62 years old.

He was a published book, magazine and newspaper author and taught English at the Rhode Island School of Design (RIDSI) in Providence, Rhode Island for 20 years. A lifelong and avid skier, he taught skiing at Sugarbush Resort Vermont and at Mt. Hood in Orgeon.

He is survived by his mother Cynthia and his niece Jessica and nephew Gabriel as well as many other family members who will miss him dearly. A memorial service was private. 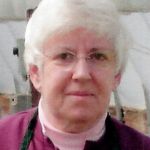 Born September 30, 1947 in Hudson, she was the daughter of the late William and Wilhelmena (Herbs) Goodman.She was a bookkeeper at Barnwell Nursing Home for many years.

Funeral services will be private for her family. There will be no calling hours. Contributions in her memory, may be made to the Valatie Rescue Squad, P.O. Box 242, Valatie 12184. Arrangements are under the direction of the Raymond E. Bond Funeral Home, Valatie.