Born December 12, 1919 in Southeast, she moved to Chatham at the age of 3. She graduated from Chatham High School, and went on to receive her degree in journalism from Marymount College. In July 1943, she married Robert J. Chamberlain.

During World War II, she was a neighborhood watch person when there was an air raid drill, while her husband fought in Europe. She was a staff member of the Chatham Central School District until her retirement.

She was predeceased by her husband of 73 years, Robert and by her son, Robert.

Family was everything to her. There was nothing she cherished more than the times spent together. The stories of her youth will continue to be passed down through her great-granddaughters. She was an an avid animal lover, and was never without multiple pets. She advocated for the students under her care throughout her career, and several have remained in contact.

The family extends thanks for the excellent care she received at Riverside. The staff was compassionate, caring and professional, despite the difficult times. Thanks goes to Pat Van Allen and Christine Cunningham for their continuous support.

Graveside services were held Friday, September 11 at the Chatham Center Rural Cemetery, Route 66 in Chatham Center. In lieu of flowers, donations in Mrs. Chamberlain’s memory may be made to the Columbia-Greene Humane Society, 111 Humane Society Road, Hudson 12534, or to the charity of one’s choice. Arrangements were with the French, Gifford, Preiter & Blasl Funeral Home, 25 Railroad Avenue, Chatham. Condolences may be conveyed at frenchblasl.com.

He was born October 30, 1929 in Hudson to the late Amadeo and Lydia (Innamorati) Yacone.

Raised by loving Italian immigrant parents alongside two sisters, he was gifted from a young age, and had many professional successes. After receiving a full-ride scholarship, he was the salutatorian at Arnold College (now the University of Bridgeport). He also received All-American honors in football while playing there, and excelled in basketball and baseball. He then received a master’s degree in education from New York University. He served as a first lieutenant in the U.S. Marine Corps during the Korean War, with deployments to Korea and Japan. Throughout his career, particularly during the more than three decades as a guidance counselor and football coach at New Rochelle High School, he mentored thousands of students and coached hundreds of football players.

While his passion for his work was unmatched, he was most proud of his family. He married the love of his life, fellow Hudson High School graduate, Shirley Morrison, August 18, 1956. They raised five children in New Rochelle. As a father, he led by example. He taught each of his children about faith, hard work and the importance of empathy and kindness. Mr. and Mrs. Yacone ultimately retired and moved back to Hudson to be closer to family. However, retirement didn’t mean things slowed down for them. They helped raise 12 grandchildren. Lovingly known as “Poppy,” Mr. Yacone taught many of them how to ride a bike, how to hit a baseball, how to garden and how to find the best sledding hills.

He was a man of faith. He had a deep love for his country. He was an avid historian and loved reading his morning newspaper and watching the news. He was a phenomenal photographer and was often seen with a camera in his hand, documenting the lives of his children and grandchildren. He loved the New York Giants and watching football. He was an incredibly skilled handyman and could conquer any house project. He was a master gardener, known for growing the most delicious cucumbers and tomatoes. He was a role-model, an advice-giver and a hand to hold when things got tough. And, most of all, he taught his children and grandchildren what family truly means. He and his wife were the epitome of life-long true love.

His family and friends will greatly miss his unparalleled generosity, wisdom, wit, sense of humor, kindness, and compassion for others.

He was preceded in death by his wife, Shirley (Morrison) Yacone and his sister, Julie (Yacone) Griswold.

A Memorial Mass celebrating his life will be held at Holy Trinity Parish/St. Mary’s Church, 429 East Allen Street, Hudson at a date to be announced. All are welcome. A private family celebration will also be held at Arlington National Cemetery, honoring Mr. Yacone’s military service as an officer. He will be buried there with his wife. Arrangements are with the Sacco Funeral Home, 700 Town Hall Drive, Greenport. To leave online condolences visit www.saccofuneralhome.com 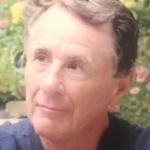 “Jack” started his career at Williams Press in Menands until 1975 when the company moved out of state. He then brought his personality and people skills to Carl C. Beck Wholesale Flower Supply Company as a salesman until 1985. When that company closed he brought his clients and personality to Seagrott’s Wholesale Florist Company until he retired in 2004. He was a lifelong lover of the New York Yankees, fishing and sports in general. He loved coaching and playing softball right up until he was 80!

Mr. Colwill had a passion for gardening. His flowers were beautiful and his vegetable garden was amazing. His two beautiful Siamese “boys,” Thor and Loki were his faithful companions to the end.

He was predeceased by his wife, Irene (Kuzmiak) Colwill; a daughter, Carolyn Colwill; a brother, Charles Colwill and a sister, Betty Colwill.

Funeral services will be private for the family. Burial will be in St. James Cemetery. Calling hours will be Sunday, September 13 from 3 to 5 p.m. at the Raymond E. Bond Funeral Home, 1015 Kinderhook Street (Route 9), Valatie. In lieu of flowers, contributions may be made to the Columbia County Healthcare Consortium Medical Transportation Program, 325 Columbia Street, Hudson 12534. The family expresses their heartfelt thanks to all the staff at Columbia Memorial Hospital for taking special care of Mr. Colwill. 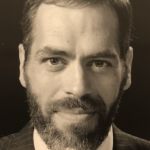 Born May 16, 1948 in Jacksonville, FL, he was the son of the late Edward and Charlotte (Strickland) Helfer, Sr.

He moved to Columbia County in 1989, anxious to use his broadcasting background for Coarc’s innovative videotape program. His connections with the broadcast media provided a customer base for Coarc to receive used videotape which Coarc employees/clients would empty and reload with new product to sell back to the industry.

“Ed” started his career in broadcast communications as a page at NBC studios in New York City.

While employed at NBC, he received his MA degree in broadcast media which earned him the position of New Jersey Bureau Chief. Due to his expertise, he soon became a pioneer in the field of satellite communications, frequently published in trade magazines while working as VP of Marketing in Satellite Communications for Visnews International. When Reuter’s purchased Visnews in 1989, it closed a chapter but opened a door. He fell in love with his new location, where he would have more time with his family and the opportunity to give back to the community. Mr. Helfer served 12 years on the Board of Education for Ichabod Crane Central School District, was a dedicated lighting/sound volunteer to The Crane Acting Troupe, proud member of the local chapter of Knights of Columbus and beloved participant at Atlas Jiu Jitsu.

A devoted father and loving husband, he will always be remembered for his positive attitude and courage while battling a devastating illness.

He is survived by: his wife, Gail (Nadeem) Helfer; two children; Nadeem Helfer of Middletown, VA, and Edward Anthony (Deborah) of Ravena and a sister-in-law, Michele Baker (Brian) of Charlestown, MA.

A Mass of Christian Burial will be celebrated Tuesday, September 15, 2020, 11 a.m. at St. John the Baptist Church, Valatie, with the Reverend George Fleming officiating. Visitation will be one-half-hour before the Mass at the church. Burial will be in Mt. Hope Cemetery, North Attleborough, MA, Saturday, September 19, 2020 at 11 a.m. Arrangements are under the direction of the Raymond E. Bond Funeral Home, 1015 Kinderhook Street (Route 9), Valatie. “His was the stuff of stars.” To send condolences visit raymondbondfh.com.