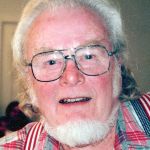 CHATHAM—Huston Allen McMichael, “Pop,” passed away peacefully September 6, 2020 at the age of 94 at his home in Camphill Ghent.

His passions were family, motorcycles, square dancing and swimming. He was a talented mechanic and fix-it-all guy.

He was predeceased by his first wife, Frances Bohlmann McMichael, the mother of his children, in 1973; his last wife, Joyce Button McMichael in 2017 and his youngest son, Tom (Rosey) McMichael in 2006.

He is survived by: his children, Kathy Aman, John Allen McMichael and Ogee McMichael; grandchildren, Casey

Calling hours will be Saturday, September 12, 2 to 5 p.m. from the Wenk Funeral Home Chatham. Mask-wearing and social distancing required.

HUDSON—It is with great sadness that the family of Elizabeth “Betty” Havlik announces her passing, September 6.

She was born November 28, 1929 to Joseph and Ruby Silcock in Detroit, Michigan.

The mother of five children, she was predeceased by her husband, Frank Havlik; her brothers, Joseph Silcock, John Silcock and sisters, Lorraine (Silcock) Card and Shirley (Silcock) Houghtaling.

Throughout the years, Mrs. Havlik, a cook and a baker, shared her talents in a variety of Hudson establishments including the Columbia Diner, Kay’s Luncheonette, Austin’s Coffee Shop, and the Jersey Bakery. Lovingly referred to as “Gram” by all who knew her, related or not, she helped care for, nourish, and share amazing life lessons and wisdom with multiple grandchildren. As her grandchildren grew, she continued to focus on family and using her talents, by going to work for Colwell Tax Service. There she engaged with the community, always an encouraging and steadfast pillar of hard work and dedication, until her recent retirement. Every day before sunrise, until her recent illness just days ago, she woke up to bake for her family, friends, and neighbors. She always found great joy in providing meals and baked goods to her many friends and relatives.

A Mass of Christian Burial will be celebrated Friday, September 11, 10:30 a.m. from Holy Trinity St. Mary’s Parish in Hudson. There will be no visitation hours. In lieu of flowers, memorial contributions in her name may be made to The Community Hospice Foundation Gift Processing Center, 310 South Manning Boulevard, Albany 12208

LINLITHGO—Arthur F. Almstead, 73, of Linlithgo passed away Sunday, September 6 in the comfort of his home.

Born February 11, 1947 in Hudson, he was the son of Arthur and Florence (Diehl) Almstead.

“Art” was an entrepreneur with a variety of talents. He loved to build things, as he was never without a project at his home. He was employed with IBM, until he returned to his family business, Almstead Excavating upon his father’s passing. His true passion was music, which led to the formation of his own company designing and distributing audio cables. He loved baseball and was an avid Red Sox fan. He also coached his sons throughout their youth baseball years with Germantown Little League, Babe Ruth and American Legion. He served in the United States Navy earning an honorable discharge in 1977. 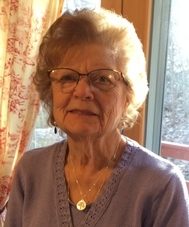 Born June 2, 1934 in Sharon, CT, she was the daughter of the late Kenneth Harry and Margaret (Parsons) Card.

She grew up in Millerton and graduated from Millerton High School. On January 24, 1954 in Millerton, she married Richard “Dick” Williams. They traveled the United States while Mr. Williams served in the U.S. Air Force for more than 20 years. During his service, Mrs. Williams was actively involved in volunteer services and supporting the troops, while raising their three children.

They moved back to Millerton in 1973 following Mr. Williams’ retirement and together built their home on Sawchuck Road. Mr. Williams died April 11, 1982.

Mrs. Williams was an active member of the Lakeville United Methodist Church in Lakeville, CT, for more than 40 years. She worked for many years as the manager of the jewelry department at the Ames Department Store in Amenia. Prior to that, she worked for Aperture Book and Photo in Millerton. She had a zest for life. She loved traveling, dining out and most importantly spending time with her family.

In addition to her parents and husband, she was also predeceased by her longtime companion, Marvin Van Benschoten.

A celebration of her life will take place in the near future. Memorial contributions may be made to the Millerton Fire Company, P.O. Box 733, Millerton 12546 or to the Lakeville United Methodist Church, P.O. Box 648, Lakeville, CT 06039. Arrangements were with the Scott D. Conklin Funeral Home, 37 Park Avenue, Millerton. To send an online condolence visit www.conklinfuneralhome.com

CHATHAM—Barbara J. Wilson passed away September 7, 2020 at her home surrounded by family.

She was born April 24, 1934 in Huntington, Long Island and was the daughter of the late Herman and Gladys Valentine Coles.

She moved to Columbia County in 1946 and met her husband, Leonard in 1952. They were married in March 1955. She worked as a nurse’s aide at Chatham Hospital, Reilly’s as a seamstress, GE as an electronics assembler and later drove bus for Chatham CSD for 20 years. She retired in 1992.

She enjoyed crafts, reading, stock car races and camping. She loved her time with her husband and family.

She was predeceased by her husband, Leonard and her daughters, Diane George and Roxanne McKibbin.

Memorials in Mrs. Wilson’s name may be made to Columbia-Greene Humane Society. Arrangements are with the French, Gifford, Preiter & Blasl Funeral Home, 25 Railroad Avenue, Chatham. Condolences may be conveyed at frenchblasl.com.