Born May 27, 1932 in Brattleboro, VT, she was the daughter of the late Merrill and Frances (Wood) Greene.

After graduating from Wilmington High School in 1950, she worked at Mary McClellan Hospital in Cambridge, where she met her future husband, Atwood. They were married October 10, 1957 in Wilmington, VT.

Mr. Qua was a New York State trooper and Mrs. Qua stayed home and raised three children. She also worked for 10 years as a lunch-server at Martin Van Buren Elementary School. After Mr. Qua’s retirement in 1988 they traveled south to winter in Florida. They both volunteered in Waxham, NC, and Hudson, FL, and were 55-year members of the Niverville United Methodist Church.

She is survived by: three children, Allen Qua (Debbie) of Stuyvesant, Bruce Qua (Marge) of Long Island and Ann Rivera of Chatham; a sister, Carol West of Great Barrington, MA; six grandchildren, John and Emily, Dan and Leland, Krystle and Jacob and two great grandchildren. She was predeceased by her husband, Atwood “Woody” Qua.

There will be no service at Mrs. Qua’s request and burial will be at a later date. She thanks all her caregivers and friends for their support. Memorials may be made to Community Hospice of Columbia/Greene, 47 Liberty Street, Catskill 12414. Arrangements are with the Raymond E. Bond Funeral Home, 1015 Kinderhook Street (Route 9), Valatie. 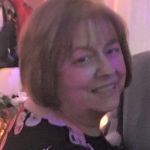 She was a longtime resident of Copake Falls.

She is survived by: her husband, Blake; their three daughters, Julie (Matt), Jayme (Lenny) and Sara (Jeff); their son, Adam (Tiffany); 11 grandchildren and two great-grandchildren.

“Sophie” was truly devoted to the Lord, her family and her community. She was well-known for her compassion and her steadfast love for all people. Time spent with the family was of the utmost importance to her. Her grandchildren and great grandchildren were her greatest delight and family gatherings were filled with lots of laughter, making new memories and reminiscing over favorite family moments.

She loved all things botanical and had magnificent gardens to show for it.

Mrs. Becker was an avid reader and learner who was passionate about education and early childhood and family literacy. She was driven to earn her master’s degree later in life and went on to become an accomplished grant writer for many agencies in the community in addition to continuing her role as coordinator of the Even Start Family Literacy Program in Hudson.

Friends are invited to share in a celebration of her life Saturday, September 5, 11 a.m. at Hope Chapel, 3429 U.S. Route 9, Valatie. A reception and time of fellowship will follow at noon. All are welcome to attend both or either celebration. 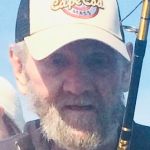 “Richie” loved having a good time with those around him. He enjoyed hunting and fishing, and driving endlessly on the back roads taking in the beauty of nature. He shared the same repertoire of jokes for his entire adult life, making one laugh just as much the 50th time, as he did the first. He danced every chance got and slid across the floor effortlessly with a beautiful woman at his fingertips. His stories were unmatchable, encompassing a life that he built and loved. He fought a courageous battle against the odds until the bitter end when he scratched his last lottery ticket.

He is survived by: his children, Richard Birch (Valerie) and Sondra Birch (Cris). He was unfortunately predeceased by his youngest child and son, Sean Birch.

He especially fancied beautiful and smart women as he shared a lifetime bond of friendship with his ex-wife, Mary Birch. Some never knew they had divorced. His younger sister, Margaret White (late John), was not only his sister but his best friend whom he adored. They had a relationship of protection and love that was formed as young children, and never broken. His grandchildren, Elizabeth Birch, Timothy Hilts, Jr., Vincent Birch (Kathleen), Gabryelle Hilts (Dylan), Ondrea Hilts (Patrick) will always keep him close at heart as will his only great-granddaughter, Gianna Elizabeth; along with his nephew, Bruce White (George), and his late nephew and godson, Scott White (Yolanda), who joined him in his journey to climb the golden staircase.

He had life-long love affairs with: frozen foods that he would keep in the refrigerator just to see if he could; collecting every trinket that he would find on his road journeys and placing them on a log outside his house, and watching the History channel.

He will be missed by all who had the honor of knowing him, and will always remain in their hearts.

Due to the current Covid-19 pandemic, the service will be private for family only. Burial will be in the Canaan Cemetery. In lieu of flowers, donations may be made to St. Jude Children’s Research Hospital, 2 Pine West Plaza #202, Albany 12205. Arrangements are with the Wenk Funeral Home, 21 Payn Avenue, Chatham. Send online condolences at wenkfuneralhome.com.