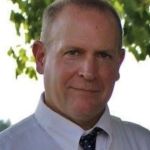 Born January 1, 1960, he was the youngest son of Constance (Anderson) Valden of Ancramdale and the late Stuart Heady Valden.

Locally, he was well-known as the owner/operator of the Church Street Delicatessen and Pizzeria in the Copake hamlet, where he worked side by side with his son, Michael.

Born in Mount Kisco, David grew up on a dairy farm in North Salem, Westchester County, with his five siblings.

The family moved their ValKest Farm operation to Ancramdale in 1969. As a youngster, David was in charge of feeding the calves.

He was a Taconic Hills High School graduate, class of 1978. He played on both the varsity football and basketball teams, ran track and was a member of the Varsity Club.

He began his pizza-making career at Pizza Hut in Greenport and moved on to hone his skills at LaBella’s Pizzeria down the road. His enterprising spirit led him to start his own pizza business—Manhattan Pizza in Great Barrington, MA—where he specialized in his signature New York-style thin-crust pizza.

When he later sold the business, he set up shop at the Ancramdale General Store, where he sold groceries, sandwiches and also brought in an oven to bake fresh pizza.

He purchased the former Circle Delicatessen in the heart of Copake in 1995, added pizza to the menu and renamed the place the Church Street Delicatessen and Pizzeria.

When the deli burned down in 2005 the week before Christmas, he rebuilt it—reopening Memorial Day weekend 2007—and turning it into the successful restaurant it is today.

He was a hard-working, respected businessman. A people-person, he was quick with a joke and well-loved by his customers.

In addition to his mother, survivors include: his children, Jennifer (Jeremy) Moore of Craryville, Nicole (Dan) Shook of Lee, MA, and Michael Valden of Copake; his grandchildren, Mason and Grace Moore and Hannah Shook; his life-partner, Nancy Curtiss at home in Ancramdale and her children, Sarah and Steven Curtiss; his wife, Ellen (Blaess) Valden of Copake; his siblings, Diane Valden of Ancramdale, Stuart Valden (Lucy) of Orlando, FL, Carolyn (the late Steve) Dobrowski of Taghkanic; Keith Valden of Ancramdale and Sharon (Dave) Cramer of Stockport; along with many nieces, nephews and cousins.

Calling hours will take place Monday, September 21 at the Peck and Peck Funeral Home, 8063 Route 22, Copake from 4 to 8 p.m. The funeral service will be graveside in the Copake Cemetery, Church Street, Tuesday, September 22, 2020 at 11 a.m. Following the service, a gathering for family and friends takes place at the Pond restaurant, 711 County Route 3, Ancramdale.

Donations in David’s memory may be made to the Community Rescue Squad, the Copake or Ancram fire companies. 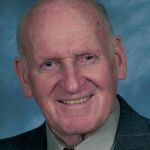 GERMANTOWN—Benjamin A. Scrodin, 93, of Germantown passed away Tuesday, September 15, 2020 in the comfort of his home.

He was also a member of the Hudson Elks Lodge #787, American Legion, VFW, and was a life member of Livingston Fire Company.

Funeral services will be Tuesday, September 22, 11 a.m. from the Bates & Anderson-Redmond & Keeler Funeral Home, 110 Green Street, Hudson. A calling hour from 10 to 11 a.m. will precede funeral services. Interment will be in Holy Trinity Nativity Parish Cemetery in Linlithgo. 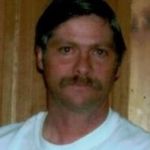 He will be remembered as the most wonderful and loving husband of Joan M. Ostoyich Daley. Together they shared 43 years of happiness.

He is also survived by: his two sisters, Irene (Charles) DePalma of Albany and Gwendolyn Lasoski of Kerhonkson; his three brothers, William (Maureen) Daley of Hudson, Robert (Debra) Daley of Hyde Park, and Joseph Daley of Germantown; his mother- and father-in-law, Joan and John Ostoyich; his brother-in-law, James (Bonnie) Ostoyich, all of Germantown. Several nieces, nephews, and cousins also survive.

In addition to his parents, he was also predeceased by his loving dogs, Cheyenne and Nutmeg and his cats, Spike and Candyman.

A funeral service will be held Monday, September 21, 2020 at 1 p.m. from Bates & Anderson – Redmond & Keeler Funeral Home, 110 Green Street, Hudson. Visitation will begin at 11 a.m. Interment will follow in the Reformed Church Cemetery of Germantown. 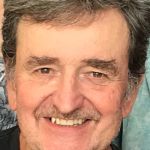 VALATIE—Charles “Charlie” Henry Roppolo, age 71, of Valatie passed away at home September 15, 2020 after a battle with pancreatic cancer.

He was born in Brooklyn to Virginia and Stephen Roppolo September 8, 1949. He graduated from Farmingdale High School in 1968. He went into the Air Force upon graduation and worked as an aircraft mechanic while stationed in England and Germany. He then went on to work at Grumman Aerospace in Bethpage as an airframe mechanic.

Mr. Roppolo was a career machinist, working first at the Delaware and Hudson Railroad and later at Amtrak. After 20 years at Amtrak, he became an inspector with the Federal Railroad Administration, from which he retired in 2005. Despite major health problems including a seven-year battle with multiple myeloma and then pancreatic cancer, he never lost his sense of humor, his incredible strength or his will to live.

He loved to travel and take long drives on the back roads of Columbia, Rensselaer and Berkshire counties. He loved to tinker and do projects in his garage. He was always willing to help fix a car or appliance, or anything that didn’t work. He loved music and playing his guitars. When he was 60-years-old, he discovered a love of playing the piano. He found great peace while “tickling the keys” and spent hours playing.

Mr. Roppolo married Betty-Jean Gessner (Beegee) in 1976 on Long Island. They relocated to the Kinderhook area where he spent the remainder of his life. The most important thing in his life was his love of his wife, daughters and especially his grandchildren. He was always there for his family, from impromptu trips across the state to console an unhappy daughter in college, to being at a hospital bedside, or coming to the rescue when their car broke down in the middle of anywhere. He taught his daughters and grandchildren how to have fun and find humor in all situations. He coached his daughters’ softball teams for years and always made the game fun and kept everyone’s spirits up.

Mr. Roppolo was a member of the Kinderhook Elks, co-chaired the Marion Stegman Fund, volunteered at the Valatie Food Pantry, and was a member of St. Luke’s Lutheran Church where he helped on the property committee.

He is survived by: his wife, Betty-Jean of Valatie; his daughters, Kim Roppolo (Logan Kline) of Stephentown, Karen Roppolo (Josh Kuhnen) of Stuyvesant and Katie Roppolo (Sal Praga) of Valatie; his grandchildren, Braelen and Alden Kline, and Isaac, Hailey, Genevieve and Elise Kuhnen; his sisters, Virginia Mugavero of Endwell and Loretta Roppolo (John Schepperle) of Penrose, CO; his brothers, Stephen Roppolo of Poughkeepsie, Richard Roppolo (Eunice) of Martinsburg, WV, and Donald Roppolo (Diana) of Centennial, CO; his brother-in-law, Richard (Kim) Gessner; his sister-in-law, Karen Gessner; and many loving nieces, nephews and cousins. The family thanks the staff at St. Peter’s Oncology Infusion Center for taking such good care of Mr. Roppolo during his seven years of chemo for multiple myeloma. They also thank Dr. Jaganath at Mt. Sinai for his cutting edge treatment which kept him alive for another seven years and to the wonderful staff at Columbia Greene Hospice who helped to make his passing as peaceful as possible. Thank you also to his incredible sisters for their loving tender care at the end of his life. Memorial donations may be sent to St. Luke’s Lutheran Church in Valatie or to the Valatie Food Pantry. A private graveside service was held September 17. The family invites all who would like to remember and honor him to a celebration of his life Saturday, July 31, 2021, 2 p.m. at the Roppolo home on Whitney Circle in Valatie.

For many years, she lived and worked at Berkshire Farm Center and Services for Youth in Canaan. She was a driver and secretary. Following their retirement, she and her husband, Bob, traveled throughout the United States for many years visiting family and making friends before settling in Florida.

She was an avid gardener, excellent cook, creative crafter and lover of classic country music.

The daughter of the late Bernard and Gladys Grueber, she was predeceased by her beloved husband of more than 65 years, Robert, and her sister, Bertha.

Burial will be at the convenience of the family. Arrangements are with the Raymond E. Bond Funeral Home, 1015 Kinderhook Street (Route 9), Valatie. To send condolences visit raymondbondfh.com.