He retired from International Flavors and Fragrances (IFF) as European vice-president in charge of fragrance marketing. He served on the board of the van Ameringen Foundation, a family foundation that deals with mental health and mental illness in the New York and Philadelphia metropolitan areas. He also served as president of the H. van Ameringen Foundation, a personal foundation that concentrates on HIV/AIDS, LGBT issues, mental health, reproductive justice, prison reform, and marijuana legalization, mostly in New York City. He served as co-founder and trustee of Galvan Foundation, a private operating foundation using community economic development and grantmaking to address poverty and inequality in the City of Hudson.

He previously served on the board of Fountain House, where people with mental illnesses can find a job, a clubhouse, and friends. He also served as co-chair of the Board of Directors of In The Life Media, the award-winning nationally televised news magazine about LGBT people. Considered to be one of the first gay major donors, Mr. van Ameringen gave at a level and in a way that made a sizable impact in philanthropy, focusing on ways to support those who are often marginalized or most in need. He graduated from the Georgetown School of Foreign Service and spent decades of his life in Paris.

He is survived by his spouse, T. Eric Galloway, along with six nieces and nephews. He is preceded in death by his two siblings, Patrica van Ameringen Kind and Lily Auchincloss. Donations in his name may be made to Fountain House (fountainhouse.org) or Lambda Legal (lambdalegal.org). 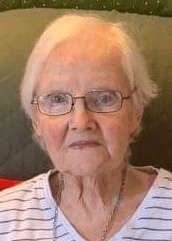 PHILMONT—Gladys Dutchie (Shadic) Jensen, age 92 went home to be with her Lord September 19, 2020 while residing at Pine Haven Nursing and Rehabilitation Center.

She was devoted to the Lord, her family and the community. Spending time with her family was precious to her. Family gathering, birthdays, weddings or just a quick visit with one of her grandchildren are memories she would share throughout her later years.

She truly enjoyed cruise vacations with her family and going to the casino.

In lieu of flowers consider a donation to the Activities Department at Pine Haven Nursing and Rehabilitation Center, P.O. Box 785, Philmont 12565 or the Craryville United Methodist Church, P.O. Box 473 Craryville 12521.

Born February 11, 1928 in Hillsdale, he was the son of the late Fred C. Miller and Florence E.R. Miller.

He attended Roeliff Jansen Central School before enlisting in the U.S. Army. He was stationed in Frankfurt, Germany, where he served for two years during the post-World War II period.

After returning from military service, he worked at the Ancram Paper Mill, the Copake Highway Department, and the Taconic State Park in Staatsburg.

On April 30, 1955, he married Jane C. Wilsey in Copake. They were married for nearly 63 years until her passing in May of last year. Mr. Miller had a woodworking shop where he cut pieces for his wife’s craft shop. He was a member of the First Methodist Church in Hillsdale, a lifetime member of the Hillsdale Fire Department and the Cadby-Shutts VFW Post.

Mr. Miller made full use of the barns on his property by raising cows, sheep, pigs and chickens for many years. An avid hunter and fisherman, he often recounted stories of his latest catch and was always able to spot a deer or turkey in a distant field. He enjoyed planting, watering and harvesting lettuce, tomatoes, corn, potatoes, radishes and other vegetables from his garden every spring and summer.

He was widely-known in the local community for his gregarious personality, great sense of humor, and for always having a smile on his face.

He was predeceased by: his wife, Jane W. Miller; two sisters, Marjorie and Marion; and three brothers, Emmett, Calvin and Fred Miller, Jr.

His funeral service was held September 28 at the Peck and Peck Funeral Home. Interment followed in the Copake Cemetery.

CHATHAM CENTER—Bonnie P. Dallas of Chatham Center passed away peacefully September 23, 2020 at her home surrounded by family after a 10-month courageous battle with cancer.

She was born February 5, 1949 to James II and Pauline (Stalker) Dalzell in Hudson.

She attended Chatham Central School and Albany Medical School of nursing where she graduated as an LPN.

Before her retirement, she worked as a nurse at Pine Haven, Barnwell, Coarc, Berkshire Farm, for Dr. Neal Baillargeon, and most recently at the Columbia County Jail where she was the “mean one.”

She loved attending concerts and traveled throughout the Northeast to see Conway Twitty and even met him a few times in the 1980s. She made her husband stand in the rain and mud for hours to be near the stage. After Mr. Twitty passed away, her favorite became Alan Jackson, but she never really liked the “new crap.”

Mrs. Dallas loved going to the casinos and even went to Foxwoods the first day it opened.

It certainly cut down on travel time when Saratoga harness track became the Racino considering her last trip to Vegas gave her a heart attack on the flight home.

She loved all animals and greatly missed her service companion, Chihuahua Prince.

She will be greatly missed by all that knew her. She is survived by: her husband of 41 years, Robert A. Dallas of Chatham Center; her daughter, Lisa (Mark) Tuthill of Chatham; her son, Scott (Michelle) Dallas of Canaan; grandson, Ayden Dallas and step-grandchildren, Mark and Kaleb Haywood; her sister, Wilma (Vernon) Westover of Niverville; brother, James Dalzell, III, of Chatham; mother-in-law, Betty (the late Clarence) Dallas of Chatham and her nieces and nephew.

Calling hours for family and friends was at the Wenk Funeral home September 28. Interment will be at the convenience of family at the Chatham Center Rural Cemetery.

In lieu of flowers donations in Mrs. Dallas’ memory may be made to the Hudson Mohawk Humane Society, 3 Oakland Avenue, Menands 12204.

Online condolences may be made at www.wenkfuneralhome.com

He was born December 18, 1939 in Rhinebeck to John and Madeline (Porter) Stiehle.

He worked for many years at the mill in Ancram before starting his own excavating company, John Stiehle Excavating.

He is survived by: his longtime friend, Mary Faith Boice and two daughters.

A service will be held at Evergreen Cemetery in Pine Plains at the convenience of the family. Arrangements are with the Bates & Anderson – Redmond & Keeler Funeral Home, 110 Green Street, Hudson. Visit www.batesanderson.com to leave condolences. 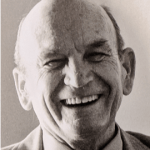 GERMANTOWN—Surrounded by his loving family, George Joseph Dembosky went home to be with his Lord September 15, 2020 at the age of 83.

After a long and beautiful life he left this physical world doing what he loved with paint on his hands and his work boots on his feet.

Mr. Dembosky attended the Church of the Resurrection in Germantown. He was a volunteer firefighter for the Germantown Fire Department and was always honored to march in the Memorial Day Parade. He loved going to the Lebanon Valley Raceway with his sons and grandsons where he was a member of the Eddie Marshall Fan Club.

He enjoyed taking a Sunday drive to Lake George, ice fishing on Lake Taghkanic, building duck blinds in the Hudson River, cheering on GCS basketball and attending clam bakes, but above all, he loved spending time with his family. He enjoyed sharing stories, laughing and playing cards. Anytime he was not putzing around the house, painting or fixing something that may (or may not) have been broken, he was reading about history. He would sit and read a book for hours enjoying every photograph and paragraph. He also loved the NY Mets, and while many of his family members were Yankee fans, he never held that against them. He embraced life no matter how challenging it could get, with a smile on his face and God on his side.

Mr. Dembosky was preceded in death by: his son, George Dembosky Jr. and his great granddaughter, La-A Korn.

Services will be private due to the pandemic. There will be a memorial service and clam bake in his honor when the pandemic is over.

In lieu of flowers, reach out to someone in need, or the Germantown Fire Department. Mr. Dembosky was always a giving man, and this is something he would have done whole-heartedly and with a brilliant smile on his face.

Memorial donations may be made in his memory to the Germantown Fire Company, P.O. Box 331, Germantown 12526. 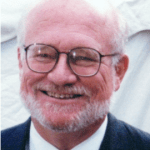 A long-time resident of Annandale-on-Hudson, he was born in 1933 in Revere, MA, to Frank and Anna Clare Dewsnap. He attended Immaculate Conception School in Revere; received his AB in math and MA in English literature from Boston College, where he edited the student literary magazine and sang with the Glee Club; and was awarded his PhD in modern British literature by the University of Wisconsin.

Mr. Dewsnap’s teaching career began at LeMoyne College in Syracuse. In 1963, he started teaching at Bard College, where he remained for 53 years, chairing the Division of Languages and Literature, directing the Irish and Celtic Studies Program, helping found the Victorian Studies Program, serving as faculty representative to the American Association of University Professors, and teaching countless students to love Victorian detective stories and novels—and a few to love Finnegan’s Wake. Located on the Bard College grounds, the Dewsnap home was a true extension of that campus, with colleagues, faculty poker players, and students regularly joining them around the dining room table.

His essays and reviews—on subjects and authors including Christopher Isherwood, Richard Murphy, Flann O’Brien, the Irish Big House, and Watergate autobiographies—have appeared in several journals. While a graduate student, he wrote booklets on W.H. Auden, William Golding, and Thomas Wolfe for the Monarch Notes series. In 2008, he published Island of Daemons: The Lough Derg Pilgrimage and the Poets Patrick Kavanaugh, Denis Devlin, and Seamus Heaney. He recently finished a manuscript on James Joyce’s Catholicism.

A private funeral will be held at St. Christopher’s Church in Red Hook, with interment at Sacred Heart Cemetery in Barrytown.

In lieu of flowers, donations in his memory may be made to scholarships for students with financial need in the Bard Education Opportunities Program at Bard College, c/o Debra Pemstein, Office of Development and Alumni/ae Affairs, Bard College, P.O. Box 5000, Annandale-on-Hudson 12504; online: www.annandaleonline.org/giving; phone: 845-758-7405. 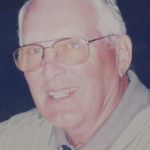 Unexpected and blessedly rapid, he left this life as he lived it: “I did it my way” as Frank Sinatra would say. He was the devoted husband of Doris F. Jenks, loving father to Susan, William Jr. and Robert Jenks, and cherished grandfather of Carson Elder.

He was born May 7, 1926 in Boston, MA, (just loved those Red Sox). He served in the U.S. Navy during World War II, after which he attended Princeton University, where he received his bachelor’s degree in mechanical engineering. He continued his education, receiving his MBA from Northeastern University. He married his beloved wife of 65 years in 1955, and eventually settled in North Haven, CT.

He worked at Pratt and Whitney Machine Tools before establishing his own machine tool distribution company, Machining Systems Inc., of which he was CEO until he retired. Living in Wallingford, CT, and Haines City, FL, for many years, and then as snowbird between Florida and New York, he was a loved part of several communities and an active past president of the Farms Country Club.

He was an excellent and avid golfer, hockey coach, and amateur pilot, and an extraordinary “keeper of the grounds,” with a soft spot for trees and hummingbirds. He will always be remembered for his stoic and loving devotion to his family, his corny sense of humor and love of a pun, and his affability. Mr. Jenks’ determined and enduring love of living, down to the smallest of details, is mirrored in the enduring love of his family and friends for him. A memorial mass will be held at St. John the Baptist Church in Valatie October 3 at 2:30 p.m. In lieu of flowers, donations in his memory may be made to the Arbor Day Foundation or a charity of one’s choice. Arrangements are with the Raymond E. Bond Funeral Home, Valatie.