Claire Cousin, president of the Hudson Catskill Housing Coalition (HCHC), made that statement in a telephone conversation September 24. The 27-year-old Hudson resident is also a commissioner for the Hudson Housing Authority and a full-time teaching assistant at the Devereaux residential school. She has been socially active for years.

Ms. Cousin was already on the board of the Staley B. Keith Social Justice Center (SBKSJC), when, “We found that a lot of the issues we dealt with were related to housing.” Recently, SBKSJC found itself “having to advocate on an emergency basis for a tenant in Hop-o-Nose,” a public housing complex in Catskill. But in Hudson, she said, “We have more of a [housing] crisis than we have had in a long time. People are sleeping in Seventh Street Park.” 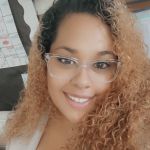 At the same time, there are residential buildings that “nobody lives in, when people aren’t using Airbnb,” the short-term rental service, she said. And ultimately, “We decided to focus on housing, where we could make a real change.” So the Social Justice Center founded the HCHC in June. Ms. Cousin has been its president from the beginning.

Ms. Cousin said her goals for the local housing coalition include “trying to bridge the gap between Hudson and Catskill,” which she described as cities that have “similar issues” and where each can learn from the other’s experience, “instead of reinventing the wheel.” In addition, she wants to see more emphasis on changing official policies and laws, so the HCHC will not have to do so much emergency “case management.”

Though an independent organization, the housing coalition shares the philosophy of the Housing as a Human Right movement. The HCHC website calls it a “Black led initiative that empowers public housing and low income residents to fight for housing justice.”

The housing authority runs Hudson’s income-restricted Bliss complex and provides federal Section 8 housing vouchers. Ms. Cousin joined its board in September. She said her goals a a member of the authority include convincing the HHA Board to be more focused on people. She believes that historically, it hasn’t utilized the power it has. “This power should be people power. A lot of board members aren’t radicalized enough,” she said.

The Keith Social Justice Center has “put members on the HHA Board in the past. But one thing that got Ms. Cousin interested in joining was the emergency in Hop-o-Nose. Its board “pushed back, not for the tenant. If I had been on the Catskill Housing Board, I could’ve helped it be more for the tenant.” She said the issues Bliss tenants face overlap with those facing Hop-o-Nose residents, and the HHA Board had an opening.

‘This power should be people power. A lot of board members aren’t radicalized enough.’

Often in public housing, by the time the board votes on something important and residents come to a meeting, “it’s too late.”

Ms. Cousin started working a year ago for Devereaux, a residential school in Red Hook for people from age six through 21with special needs. In this capacity, she has worked with children of several ages. Her work will qualify her for certification as a teacher’s aid.

She said she gets the greatest fulfillment from working for not-for-profit groups.

With her work and activism in education and housing, Ms. Cousin said, “I do my passion all day long. I advocate for individuals.”