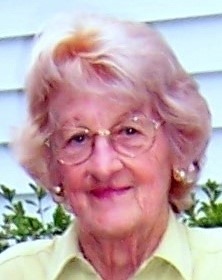 Born September 5, 1923 in Stuyvesant Falls, she was the daughter of Marie and Henry Ohl.

She was a homemaker, who always kept her house immaculate and loved working outside in her yard, making sure the lawn and flowers were always beautiful.

She enjoyed making outdoor decorations to celebrate every holiday. She drew the characters on plywood, cut them out with a jigsaw and painted them. She made Mr. and Mrs. Claus, the elves, and reindeer; Mr. and Mrs. Easter Bunny and the little ones; and black cats and a witch for Halloween. Many would bring their children by to enjoy them. Every Halloween, she made popcorn balls, and all the children in Stuyvesant Falls looked forward to them every year.

She was a fantastic cook. She prepared many German dishes, such as kraut runzas, apple runzas, rivel kuchen, apple kuchen, rivel soup…and the best coleslaw. Her apple pies and rhubarb custard pies were unbelievable.

She also enjoyed helping muck stalls for her daughter’s two horses. She would even make several trays of molasses horse treats for them.

She loved her house and land that she owned in Stuyvesant Falls. She was so proud to live in this hamlet where so many of her family members lived.

Mrs. Briscoe is survived by: her son, Ronald Briscoe and his wife, Sandra; her daughter, Faith Briscoe Robertson; three grandchildren, Sahn Briscoe and his wife Tina of Greenfield Center, Cory Briscoe of Saratoga Springs and Hope Van Tassel and her husband Steve of Stuyvesant Falls; four great-grandchildren, Michael and Gabriel Briscoe of Greenfield Center, and Elizabeth and Joseph Desmonie of Stuyvesant Falls, as well as nieces and nephews.

She was predeceased by her husband, Harold, who she deeply missed after losing him in 2003.

She lost her beautiful daughter, Beverly Briscoe Capullo, in 1990 to cancer at 43. She lost her son-in-law, John Robertson, in 2017. She was the last sibling out of eight brothers and sisters in the Ohl family.

There will be no calling hours. A private family graveside service will be held at a later date.

Memorial donations may be made to the Valatie Rescue Squad.

Her family thanks Dr. Baillargeon, her family doctor for many years, and to Dr. Clinton, her cardiologist. They both provided her with excellent care to help her reach the age of 97.

Also, thanks to Karen Law, Emma Kisselback, Terry Roberts, Bridget Delcoure, Liz Sheedy, and the staff on the fourth and fifth floor of Barnwell for taking care of “our Mom.” Arrangements are with the Raymond E. Bond Funeral Home, 1015 Kinderhook Street (Route 9), Valatie. To send condolences visit raymondbondfh.com. 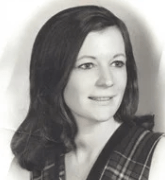 GERMANTOWN—Mary Helen Sacco, 82, of Germantown, formerly of Hudson, passed peacefully on to her next adventure, October 1, 2020.

She was also known in the community as “Nana,” leaving memorable impressions on all those she encountered.

She was a prolific artist in oils, watercolors, acrylics, sculpture, photography and tile work.

She was born in New York City and lived in several locations throughout the state during her childhood. She graduated from Delhi Academy and married Louis Nicholas Sacco August 15, 1957 in Oneonta. The couple then moved to Columbia County to begin their family and eventually established and ran Columbia Automatic Transmissions, Inc. in Hudson.

After raising her five children Mrs. Sacco took on new responsibilities, attending Columbia-Greene Community College, working at the Columbia County Board of Elections, then as executive director of the Columbia County Chamber of Commerce where she was instrumental in implementing the “I Love NY” campaign.

Her focus was always her family, art and community service. She was owner and curator of Dove Cottage Artists. Mrs. Sacco was a lifelong member of the Hudson Power Boat Association and spent many wonderful years with her family, boating and camping along the Hudson River. She was an avid volunteer in many community organizations including the PTA, Greenport Pumper Company No. 3 Auxiliary, Clermont State Park Board of Directors, Germantown and Hudson public libraries, Germantown Central School, Germantown After School Program, Germantown Lions Club, Cub Scouts den 101, Hudson Athens Light House, Clarion Music Society, Leaf Peeper Concert Series, Tivoli Artists Co-op, Athens Artist Co-op and she was a Friend of Bill and made the program after 32 years of selfless service.

A memorial service will be held Friday, October 16, 2020, 10 a.m. at St. Mary’s Church/Trinity Parish, 429 East Allen Street, Hudson. In lieu of flowers, memorials may be made to The Community Hospice Foundation Wish List, 47 Liberty Street, Catskill 12414 or to make an online donation, www.communityhospice.org. Arrangements are with the Sacco Funeral Home, 700 Town Hall Drive, Greenport. To leave online condolences visit www.saccofuneralhome.com 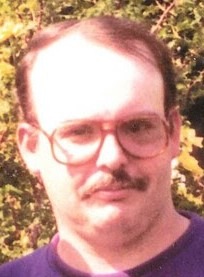 He was raised in Chatham and graduated from Chatham High School in 1975. He attended Columbia-Greene Community College. He served four years in the Air Force as an operating room technician—stationed in Germany and New Mexico.

In the early 1990s he relocated to Florida. He worked at Bay Front Hospital in St. Petersburg in the surgical department for more than 25 years.

He was predeceased by his parents. He is survived by: his brother, William Stephen Thorne (Alaine); niece, Lara Gonser (Thomas): nephew, William C. (Sara) Thorne and his grandniece, Kayleigh Thorne.

Private services will be held at the Spencertown Cemetery at the convenience of the family. Arrangements are with the Wenk Funeral Home, 21 Payn Avenue, Chatham. Send online condolences at wenkfuneralhome.com.

He was born November 6, 1945 in the Bronx, to Lucien and Dorilda Martel. He served in the Air Force during Vietnam. When he returned home, he went to work for the Match Factory as a printer. It was there he met the love of his life, Katherine Every. They were married January 17, 1970. That same year he left to join the New York State Police. He was first stationed in Peekskill, and worked in the Goldens Bridge area until he was transferred to New Lebanon, and then to Claverack where he retired in 1990 after 20 years. Always busy, he went to work for KD office equipment, Xerox and Hallmark after his retirement.

Visitation will be Wednesday, October 7 from 11 a.m. to noon at Bates & Anderson – Redmond & Keeler Funeral Home, 110 Green Street, Hudson. A funeral service will begin at noon also from the funeral home. Interment will follow in Stuyvesant Falls Cemetery.

Mrs. Martel thanks the State Police who showed up and made this difficult time easier, also Coroner Bernadette Powis for her compassion and staying until friends showed up.

In lieu of flowers, donations in Mr. Martel’s memory may be made to the Columbia-Greene Humane Society.

To leave a message of condolence visit www.batesanderson.com 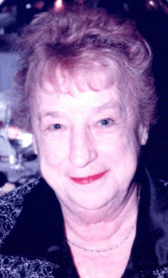 COPAKE—Barbara Ellen Beecher, 80, of Copake passed away Wednesday, September 30, 2020 at her residence.

She was born September 1, 1949 in Hudson, a daughter of Myrtle G. (McKay) Adriance of Florida and the late Irving L. Adriance.

A loving caring and hardworking mother of three, she was married to Michael K. Beecher, Jr., in 1959. He passed away unexpectedly in December 1964. That left her on her own to raise twin daughters, Tracy Stickles and Theresa Hawver and a son, unborn until March 1965, Michael K. Beecher, III. She shared with her children the value of hard work, enjoying life and laughter.She was raised with her six sisters in a small three bedroom home. Throughout the years she worked in various capacities in several local restaurants and inns. After her children were grown, she married the late George “Sarge” Ball in 1987. After this new marriage her name became “Barbara Beecher Ball” for which she was constantly teased. She took it all as good fun and laughed along.

In addition to her mother, Myrtle, who will be 100 in January, she leaves: her daughters, Tracy Stickles and Theresa Hawver; son and daughter-in-law, Michael and Michele Beecher, III, all of Copake. She also leaves six grandchildren; three great-grandchildren and her sisters, Gladys, Ruth and Ginny.

She was predeceased by her two husbands, Michael K. Beecher, Jr., and George “Sarge” Ball along with three sisters Katie, Gloria and Norma.

“Mom, you will be missed by all who had the privilege of knowing a great lady and loving mother. Rest in peace.”

Due to the Covid-19 pandemic there will be no services at this time.

A Celebration of Life will be held at a later date.

Interment will be in the West Copake Cemetery. In lieu of flowers, donations may be made to the Community Rescue Squad, P.O. Box 327, Copake 12516. 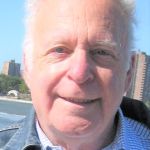 BEACON—Peter L. Myers, PhD, of Beacon and Chatham, beloved husband, father and grandfather passed away September 28, 2020 at the age of 78.

He was born in 1942 to Dr. Bernard and Mrs. Shirley Myers in New York City.

He had a lifelong commitment to social justice and civil rights. In his youth, he was a member of the Young People’s Socialist League and the Student Nonviolent Coordinating Committee. He attended the March on Washington. He received his doctorate from NYU in 1972 and was a professor of addiction studies and anthropology at Essex County Community College in Newark, NJ, from 1968 to 2008.

He married his wife, Susan Briggs Myers in 1967 and raised two daughters, Molly and Emma. He was the former president of the International Coalition for Addiction Studies Education and emeritus editor of the Journal of Ethnicity and Substance Abuse. He authored a number of books and articles on drug counseling and medical anthropology.

He deeply loved his wife of 53 years, his family and was particularly proud of his grandchildren, Zane, Jehan and Ava. Most of all he will be remembered for his warmth, humanity and generosity of spirit by all who had the privilege of knowing him. Donations in his memory may be sent to Columbia County Pathways to Recovery (CCPR), P.O. Box 486, Ghent 12075 or go to http://pathwaystorecovery.org