CRARYVILLE—Gladys A. Dysard, 55, of Craryville, a lifelong area resident, died peacefully Thursday, October 1, 2020, with her family by her side.

Born in Hudson, August 3, 1965, she was the daughter of the late William and Ruth (Hosier) Gregory.

She was an employee of KeyBank for the past 25 years, most recently as a bank underwriter.

She will be greatly missed by: her sons, Matthew (Carol) Dysard and Christopher Dysard; grandson, Liam Dysard; siblings, William (Korina), Gregory and Sonna (Allen) Shelton. There are no services at this time. 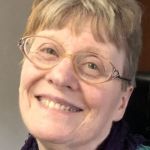 EAST GREENBUSH—This world has lost a special person. Vera E. McLaughlin, a woman who cared for others as a profession, who always put others first, and who always tried to do what was right, passed away October 7.

She was a graduate of Northside High School, Fort Wayne, Indiana, in 1963 and Parkview Methodist Nursing School in 1966. She earned her BS in nursing at Hartwick College, Oneonta (class of 1990) while she raised her family and worked full-time at AO Fox Hospital, first in the Intensive Care Unit, then as a nursing supervisor and in Patient Education. Ms. McLaughlin was proud to have volunteered on the Otego Emergency Squad in the 1990s.

She was diagnosed with multiple sclerosis in her 40s and, while the disease took its toll on her, she remained a smart, funny and creative woman until the end. She loved good jokes and bad puns. A master at Scrabble and Words with Friends, she also enjoyed puzzles and riddles. When she played games, she was known to be competitive because “that’s how you win” and she’d say it as if the thought of playing any other way was odd. Over her lifetime she dabbled in many crafts: sewing, crocheting, cake decorating and even painting and writing.

She is survived by: her son, Shawn and his wife Kathleen of Whitesboro; daughter, Mindy and her husband Joel Potts of Niverville and grandchildren, Alexander Potts, Dell Potts and Declan McLaughlin. She is preceded in death by her parents; and brother, Vern Bowman, who coincidentally died October 7, 1979.

A celebration of life will be held at the convenience of the family. In lieu of flowers, or for those, donations may be made to the MS Society, (NMSS, P.O. Box 4594, New York City 10163). Arrangements are with the Raymond E. Bond Funeral Home, 1015 Kinderhook Street (Route 9), Valatie. To send condolences visit raymondbondfh.com.