PHILMONT—Dennis S. Howley, 54, of Philmont passed away suddenly September 22, 2020 at his residence.

He was born on March 18, 1966 in Poughkeepsie, the son of Maryann Savoy of Philmont and the late Theodore Howley.

He was a self-employed handyman.

Private services were held at the convenience of the family.

Arrangements are with the Peck and Peck Funeral Home, Copake. 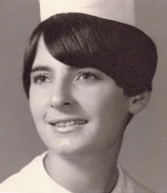 Born July 17, 1948, she was the daughter of the late John R. and Catherine (McDonald) Gaffney. She graduated St. Mary’s Academy Hudson and St. Peter’s Hospital School of Nursing. She was a registered nurse at several New York City area nursing homes.

She is survived by: two sons, John Rogers and Kevin and (Jamie) Rogers; her daughter, Mary Beth Rogers; sisters, Rosemary Donovan and Patricia and (David) Keeler; one brother, John (Ann) Gaffney and grandchildren, Natalie, Abigail, Kayla and Austin. She was predeceased by her sister, Maureen Gajdusek. 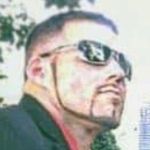 He was a graduate of Taconic Hills High School and went onto receive a degree in auto mechanics from Wyotech in Wyoming.

He was known for his love of motorcycles, hunting, fishing, cooking and welding.

Mr. Golden will be remembered as a loving son, father, brother and uncle.

He is survived by: his son, Thomas, Jr.; daughter, Ariel; mother, Bonnie; his brother, Michael; sisters, Candi, Katrina, Sarah, Morgan, Dakota and Alexis as well as many aunts, uncles, nieces and nephews.

A memorial visitation will be held Saturday, October 24 from 3 to 5 p.m. at the Peck and Peck Funeral Home, 8062 State Route 22 in Copake.

Memorial contributions may be made to assist the family with final expenses, c/o Peck and Peck Funeral Home. 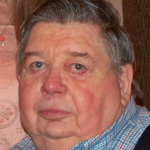 He was born in Sylvester, Georgia, to Edward and Stella (Bearden) Hopkins December 17, 1946. He graduated from Roeliff Jansen High School in 1965 with high honors and proceeded to earn his Bachelor of Science degree in photographic engineering from RIT in 1969. He went on to work for the State of New York, most notably photographing all of the state highways and railroads in New York State.

Mr. Hopkins enjoyed hunting, photography, competitive shooting, volunteering as a rifle instructor for kids, and his hobby of building computers himself.

He was a member of the Clearview Christian and Missionary Alliance Church for the past 35 years, where he had held various positions.

He is survived by: his brother, Ron Hopkins (Jeanne); his sister, Janet Porreca (Larry) and his niece, Angela Porreca. He was preceded in death by his parents, Edward and Stella, and by his wife, Mable (Eppler).

He will be greatly missed for his kind, gentle personality and his big heart. The family wishes to extend their gratitude to his church family for all of their help and encouragement over the years.

Flowers are welcome. Memorial donations may be made to the American Heart Association or to the Clearview CMA Church, 275 Schodack Drive, Castleton 12033.

Viewing hours will be Wednesday, October 21 from noon to 2 p.m. at the Raymond E. Bond Funeral Home, 1015 Kinderhook Street (Route 9), Valatie. All are welcome to attend the viewing. A private burial will immediately follow at the Hillsdale Cemetery. 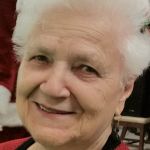 VALATIE—Rose M. (Scalera) Allen, 91, of Valatie passed into eternal peace October 17, 2020 at her home surrounded by her family.

She was born May 7, 1929 in Hudson, daughter of Carlo and Battista (DeGioia) Scalera. As proprietor of the Niverville Dairy Kream for decades, she enjoyed having customers return year after year watching their families grow. She was employed by Dr. Robert Davenport and Dr. Neal Baillargeon until she retired. She was a communicant of St. John the Baptist Church in Valatie. She lived for her grandchildren and enjoyed seeing them grow up.

She was predeceased by: her son, Raymond W. Allen, Jr., and her sister, Anna Alonge. The family acknowledges the staff at Ghent Assisted Living for the love and care given to her.

Funeral services will be held Thursday, October 22 at St. John the Baptist Church, Valatie at 11 a.m. Calling hours will be Wednesday, October 21, 5 to 7 p.m. at the Raymond E. Bond Funeral Home, 1015 Kinderhook Street (Route 9), Valatie. Burial will be in the church’s cemetery. Donations in Ms. Allen’s memory may be made to Ghent Assisted Living, 30 Whittier Way, Ghent 12075 or to Community Hospice, 47 Liberty Street, Catskill 12414.