HUDSON—Philip A. Ilardo, 93, passed away October 22 at Columbia Memorial Hospital.

Born December 3, 1926, he was the son of the late Philomena and Vito Ilardo.

He is survived by: a son, Philip and his wife Donna of Austerlitz; daughter, Rosemary and James Calvey of Old Chatham; grandchildren, Jennifer and Stuart, Nicole and Zach Panadis; great-grandchildren, Chloe, Helena and Sammy.

Mr. Ilardo was predeceased by his wife, Christina.

A funeral service and burial will be in Queens. Donations may be made to St. James Church, 117 Hudson Avenue, Chatham 12037. Arrangements are with the Wenk Funeral Home, 21 Payn Avenue, Chatham. Send online condolences at wenkfuneralhome.com. 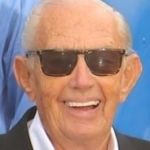 He was born November 10, 1932 in Gloversville to Guy Mabey and Olive Sleat. “Bob” was a business owner and developer in the capital district, he was the founder of Mabey’s Moving & Storage and Mabey’s Self Storage. He was extremely hard working and dedicated his life to build the companies from the ground up. He will be missed by many colleagues and employees. He was an Atlas Van Lines agent for the past 59 years. He enjoyed golfing, boating, traveling in his “coach” and was known to enjoy a good cigar. He was an avid walker for many years. Mr. Mabey was an active member of the armed forces from 1949 to 1952, stationed in Germany. 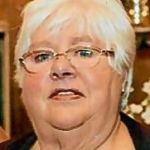 KINDERHOOK—Dorothea “Dotty” Masten, 77, of Kinderhook passed away at home, surrounded by her loving family, Saturday, October 24, 2020 after a brief but courageous battle with pancreatic cancer.

Born August 1, 1943 in Hudson, she was the daughter of the late David and Nellie (Sisson) Algie.

She was a communicant of St. John the Baptist Church in Valatie and a Girl Scout leader in the area for many years. She was a former member and past officer of the Kinderhook Elks Lodge #2530 Ladies Auxiliary, a charter member and past president of the Northern Columbia Jayncees, a longtime member and past-president of Palmer Engine and Hose Fire Company Ladies Auxiliary, a member and past president of the Mad Hatters, f/k/a, Red Hatters and was on the advisory board for the Columbia County Office for the Aging. She was a part of the Chatham and Stuyvesant Senior Citizens groups and belonged to the Tri-Village Senior Citizens and enjoyed planning and going on bus trips with her fellow seniors. Mrs. Masten enjoyed and always looked forward to the lunches with her Hudson High School Class of ‘61 reunion group that regularly met at Kozels. She loved traveling to Aruba and spending time with her children, grandchildren and great-grandchildren.

She was predeceased by her daughter, Michele Hauser and her siblings, Lois Ahkoe, Carol Watt, Sandra Faulkner and David Algie, III.

A Mass of Christian Burial will be celebrated Wednesday, October 28, 2020, 11 a.m. at St. John the Baptist Church, Valatie with the Reverend George Fleming officiating. Calling hours will be Tuesday, October 27 from 4 to 8 p.m. at the Raymond E. Bond Funeral Home, 1015 Kinderhook Street (Route 9) Valatie. In lieu of flowers, contributions may be made to the Palmer Engine and Hose Ladies Auxiliary, P.O. Box 191, Kinderhook 12106 or the Valatie Food Pantry, P.O. Box 266, Valatie 12184. REXFORD—Juanita Mildred Mabey of Rexford passed away October 22, 2020 after a year-long battle with cancer.

She was born November 23, 1937 to Lyle Edward Wagar and Frances Virginia Mesick in Ghent.

She lived at Coburg Village in Rexford for the past 16 years.

She was a graduate of Chatham High School in 1955.

She was a member of the Dutch Reformed Church in Ghent. Ms. Mabey enjoyed gardening, decorating, antiquing and shopping. She was especially proud of her children, grandchildren and great-grandchildren. She was a long-time member of the Kinderhook Garden Club and she was an award-winning flower arranger.