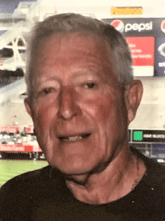 Known to most as “Jack,” he was born to the late John J., Sr. and Evelyn Vosburg Pollock in Great Barrington, MA.

In addition to the family farm, he also was employed with the Roeliff Jansen Central School District, later the Taconic Hills School District. There he faithfully served for 54 years as a school bus driver, custodian, transportation director, and lastly as a courier. During this time he also was employed by the Town of Hillsdale in various capacities all while maintaining his other two employments. In addition to work, he spent countless hours volunteering in his community; at the library, as a tutor, at hospice, and the food bank. He worked endlessly to fulfill the needs of many people.

In 2018, he relocated to Sylvania, GA, to be near family members and attended the Buck Creek United Methodist Church. He enjoyed watching his nieces and nephews participate in their numerous activities. He also was an avid New York Yankees fan in addition to enjoying deer hunting, admiring nature, gardening, flowers, and birds. He will be remembered for his generosity and as a doting uncle. He is preceded in death by a brother, Ross Vosburg Pollock and a sister, Margaret Kathleen Pollock Canetto.

He is survived by: his siblings, William G. “Bill” and Jackie Pollock of Sylvania, GA, Patricia Evelyn and George E. “Bud” Atwood, Mary Rachael Pollock and Leland “Billy” Edelman, both of Hillsdale and Betsy P. and Mike Thompson of Sylvania, GA; brother-in-law, Frederick Joseph Canetto of Sebastian, FL; 11 nieces and nephews and their spouses; 24 great-nieces and -nephews and their spouses, and one great-grand nephew.

Interment will be in the Hillsdale Rural Cemetery. At Mr. Pollock’s request, there will be no services in Hillsdale.

In lieu of flowers the family asks contributions be made to the Roeliff Jansen Historical Society, P.O. Box 172, Copake Falls 12517. 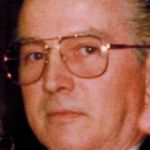 POUGHKEEPSIE—Roger A. Gregoire, 74, a 45-year resident of Millerton, died Friday, October 9, 2020 at Vassar Brothers Medical Center with his family at his bedside.

Mr. Gregoire retired as a maintenance supervisor from Taconic DDSO in Wassaic, a career that spanned more than 33 years.

Born November 7, 1945 in Waterbury, CT, he was the son of the late Antonio and Verla (Austin) Gregoire.

Following school, he served his country in the United States Navy during the Vietnam War and was honorably discharged following his last tour of duty. On October 17, 1971 at St. Patrick’s Church in Millerton, he married Margaret Ann Cooke. Mrs. Gregoire survives at home.

Mr. Gregoire was a life-member and past captain of the Millerton Fire Company and a life-member of the Millerton American Legion Post #178. He was an avid hunter and enjoyed bowling for many years. He also enjoyed spending time outdoors caring for his lawn and fixing anything that needed repair at his home and for his neighbors. He will be dearly missed by his loving family and many friends.

He was also predeceased by his brother, Ronald Gregoire of Sharon, CT.

Calling hours will take place Friday, October 16, 2020 from noon to 2 p.m. at the Scott D. Conklin Funeral Home, 37 Park Avenue, Millerton. A funeral service will follow at the funeral home at 2 p.m. The Reverend Robert K. Wilson will officiate. Burial will follow at St. Patrick’s Cemetery in Millerton with Naval Military Honors. Memorial contributions may be made to the Millerton Fire Company, P.O. Box 733, Millerton 12546. To send an online condolence visit www.conklinfuneralhome.com