HUDSON—Kenneth R. Smith, 91, of Hudson passed away Wednesday, October 14, 2020 at Columbia Memorial Hospital. Born November 8, 1928 in Hudson, he was the son of Raymond and Margaret (Grenner) Smith.

“Ken” worked for Lonestar Cement until it closed. He then served as a bailiff in the Columbia County Courthouse. He volunteered many hours of service to Coarc in various capacities. He was later hired in their maintenance department, a job he had for more than 20 years.

Mr. Smith was predeceased by his wife, Margaret in 2015.

At his request services will be held privately. Donations in his memory may be made to the Northeastern Association of the Blind at Albany, 301 Washington Avenue, Albany 12206. Arrangements are with the Bates & Anderson – Redmond & Keeler Funeral Home, 110 Green Street, Hudson. 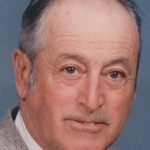 RHINEBECK—Albert L. Huneke, 90, of Elizaville passed away peacefully at the Thompson House.

“Al” is survived by: his wife, M. Virginia (Dittmar) Huneke, whom he married September 30, 1951 at the Church of Messiah in Rhinebeck; his daughters, Sandra (Ken) Schwarz and Pat (Jeff) Keeley; his grandsons, Clinton Keeley, Justin Keeley and Mark Schwarz, and several nieces and nephews.

He was born February 14, 1930 in Englewood, NJ. He attended Red Hook Schools and enlisted in the U.S. Army where he served for 20 years, retiring as a sergeant first class. Among his many awards and decorations were the Combat Infantry Badge, Bronze Star with V for Valor, Army Occupation Medal with Berlin Airlift device and Purple Heart. He distinguished himself while serving in humanitarian missions as well as Korea and Vietnam.

He was a lifelong member of the Memorial Lutheran Church of Rock City, where he served as Church Council president for many years. He served as post commander of the Red Hook VFW Post 7765. He served one-term as councilman for the Town of Red Hook, and also served on the Board of Directors for Rock City Cemetery Association.

He served several terms as charter organization representation for the Boy Scouts of America while in the U.S. Army and after retirement. He was extremely proud that all three of his grandsons attained the rank of Eagle Scout and that they had all received the God and Church medal and Religious emblem.

After retiring from the Army, Mr. Huneke was self-employed in construction and renovation for more than 20 years throughout the local area. When he finally retired, he enjoyed his family and his vegetable garden.

Friends may call at the Burnett & White Funeral Homes, 7461 South Broadway, Red Hook, Friday, October 23, 2020 from 1 to 3 p.m. Funeral services will be held at 3 p.m. with Pastor Jim Miller officiating. Interment will be private.

In lieu of flowers, donations may be made in Mr. Huneke’s memory to the Memorial Lutheran Church of Rock City.

Due to Covid-19, masks and social distancing will be required during all aspects of services. A limited number of people will be allowed at one time within the funeral home.

For directions or to sign the online guest book visit www.Burnett-White.com.

ALBANY—Patricia A. Wambach, 66, of Valatie, formerly of Nassau, passed away October 13, 2020 at Albany Medical Center.

Daughter of the late Priscilla (Devlin) Visconti, she was born in Nassau and resided there for most of her life.

She was a graduate of Memorial Hospital Nursing School and was a registered nurse for 44 years, spending most of her career at St. Peter’s Hospital.

She is survived by: her husband, Albert K. Wambach; sons, Aric C. (Melissa) Wambach of Valatie and Justin M. (Nicole) Wambach of Wynantskill; brother, Michael (Carla) DeGeorge of Brooklyn, Iowa; sister, Cynthia (Joseph) Kenyon of Castleton and several nieces. Relatives and friends called at the Thomas P. Mooney Funeral Home, 11 Elm Street, Nassau, October 17, 2020. Interment was private at the convenience of the family. In lieu of flowers donations may be made to the Valatie Rescue Squad, P.O. Box 242 Valatie 12184.