GHENT—Three candidates are running this November to represent the 107th District in the state Assembly. Incumbent Jake Ashby, a Republican, is running against Democrat Brittany Vogel and Libertarian Charles Senrick.

The 107th Assembly District includes the Columbia County towns of Kinderhook, Chatham, New Lebanon, Canaan, Austerlitz and Hillsdale. The majority of the district is in Rensselaer County and a small section of Washington County.

Enrollment data from February, the most recent available from the state Board of Elections, show Democrats with a plurality of about 3,000 voters in a district with 97,200 voters overall. But the second largest bloc of voters in the district comprises those who are registered with no party affiliation. Republicans are the third largest. There are also enough voters registered in the Conservative and Independence parties to make up for the smaller GOP enrollment.

Columbia County voters in the district represent more than 16,000 of the total district enrollment. 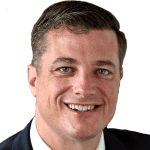 Assemblyman Ashby, 40, is in his first term. He is a registered Republican and has been endorsed by the Republican, Conservative and Independence parties. Before his election to state government, Assemblyman Ashby was in the Rensselaer County legislator representing District 4.

Mr. Ashby was born in Castleton and lives there with his wife, Kristy, and two children. He has an AA from Hudson Valley Community College, a BS from Keuka College and a MBA from Union Graduate College. He served as a captain in the US Army and has worked as an occupational therapist and college instructor.

A statement from the candidate’s campaign reads:

“Jake believes in the need to improve infrastructure in our communities, including water issues that have plagued residents of the 107th District. He’s written and sponsored several pieces of legislation aimed to improve water quality throughout New York State. He remains committed to restoring public trust in state government and stimulating economic growth by reducing onerous rules and regulations burdening small businesses.”

For more information go to AshbyforAssembly.com 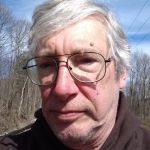 Mr. Senrick retired from state Office of the Attorney General as project leader for the Case Management System Development Team after 33 years of service.

He lives in East Schodack with his wife, Alice Hakimian Senrick and their 19- and 13-year-old cats.

“My goals are to: change the focus of NYS government from controlling people’s lives to protecting their rights so they can live their own life freely; phase out or eliminate laws designed to ‘protect individuals from themselves’ and support adequate mental health and addiction services; repeal the so-called ‘SAFE Act’ and work on addressing the root causes of violence; support the police in their mission to protect and serve, but hold individual members who violate a person’s rights accountable to the full extent; protect our air, water and land from harmful contamination.” 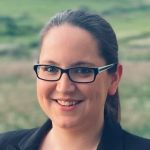 Ms. Vogel, 28, is a registered Democrat, running on the Democratic and Working Families Party lines this November.

Born in Rotterdam, Ms. Vogel now lives in Brunswick. She has an associates degree from Hudson Valley Community College and is an assistant store manager and remodel lead at the Hannaford Supermarket in Kinderhook.

Ms. Vogel is also the founder of Upstate Cakes For Kids, a non-profit that delivers birthday cakes to children living in poverty.

Her candidate statement says: “As a working class person and manager of over 210 essential workers I have been unhappy with the lack of representation in our Assembly and in our government. Unfortunately our incumbent has voted against working people in several instances, and does not seem to have our best interests in mind. Because of that I decided to run for office, hoping to give us the representation we deserve.

“In times like these where an economic recovery must be focused on the needs of our community and families, I will bring a different and new voice to the Assembly. My experience, insight, and perspective is just what we need in times like this, and I will work hard everyday to advocate for the public good and our community needs. Thank you.”

More information about Ms. Vogel’s campaign is at www.brittany2020.com