GHENT—Congressman Antonio Delgado faces three challengers in his bid for reelection to the House of Representatives from New York’s 19th District.

Mr. Delgado, a Democrat, defeated freshman Republican Congressman John Faso, winning by a 5.2% margin. This year Kyle Van De Water, a Republican and former Millbrook village trustee is running for Mr. Delgado’s seat as are Steven Greenfield, who ran for Congress on the Green Party line in the 2018 election, and Victoria Alexander of Amenia, the Libertarian candidate.

NY-19 is considered the 8th most rural congressional district in the nation. It encompasses all or portions of 11 counties and stretches from Hillsdale in the east, west to Deposit, south to Pawling and north to Fort Plain. The sprawling district borders Connecticut, Massachusetts, Vermont and Pennsylvania. All of Columbia County lies within the 19th District.

Questionnaires were sent to all four congressional candidates. Three of the candidates for Congress emailed the Columbia Paper with their answers before press deadline. No response was received from Mr. Greenfield. 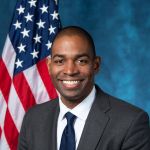 Antonio Delgado, 43, the Democratic incumbent for the 19th Congressional District is also running on the Working Families Party and Serve America Movement lines.

Mr. Delgado was born in Schenectady, lives in Rhinebeck and is married to Lacey Schwartz Delgado. They have 7-year old twin boys, Maxwell and Coltrane.

“Our communities are experiencing unprecedented pain, and I’ll continue to prioritize federal relief that supports small businesses, farmers and working families. I’m dedicated to serving this district with transparency and accessibility—that’s why I held 47 town halls in my first term, opened 5 district offices and set up 4 bipartisan, locally based advisory committees. These conversations led to over 40 bills, more than half of which are bipartisan. This legislation includes my Medicare-X Choice Act, which creates a public option in the health care marketplace and my Rebuild Rural America Act, which provides direct funds to localities for things like infrastructure projects and broadband access.

“I’m proud that three of my bills became law, including my bipartisan Family Farmer Relief Act to ease the process of reorganizing debt through Chapter 12 bankruptcy and my Small Business Repayment Relief Act, which automatically waives six months of SBA loan payments during COVID-19.”

For more information about the Delgado campaign go to DelgadoforCongress.com 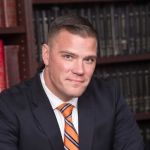 Kyle Van De Water, 40, is the Republican candidate in NY-19. He was born in Rhinebeck and lives in Millbrook, where he served as a village trustee (2017-18).

He is married to Melissa Van De Water. They have four children including, triplets Annabelle, Lincoln and Thomas, ages 11, and Levi, age 6.

Mr. Van De Water is a graduate of the University of Massachusetts at Amherst and Albany Law School.

He was a Major in the U.S. Army JAG Corps, where he was awarded the Bronze Star during deployment to Kabul, Afghanistan and the Meritorious Service Medal. Mr. Van De Water is an attorney at Corbally, Gartland & Rappleyea, LLP in Poughkeepsie.

“It infuriates me that our farmers are forced to dump millions of gallons of milk daily. This waste exemplifies problems created by arbitrary restrictions on free trade. We need more deals like the USMCA and I am confident that our farms will have to grow to keep up with demand. Additionally, supporting local farms ensures there won’t be food shortages when the supply chain is interrupted.

“President Trump’s Navigable Waters Protection Rule brought clarity to what constitutes the waters of the U.S. I look forward to working with the president on strengthening the protections for farms and rural communities.

Generic medication increases competition in the marketplace and lowers the cost of prescription drugs. We have made great strides under the Trump Administration and we absolutely must continue this trend.

High-speed Internet access and district wide cell service are critical for safety, and for encouraging businesses to open in more rural areas. This has been a problem for NY-19, which has been exacerbated by COVID-19 lockdowns.”

(The statement has been edited to comply with the 150-word limit.)

For more information about the Van De Water campaign go to www.kyleforny19.com . 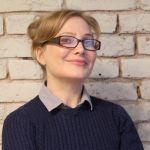 Victoria Alexander, 55, is a registered Libertarian and resides in Amenia with her husband, Nathan Roy, and 17-year-old son, Lucian. She is a running for office on the Libertarian line. This is Alexander’s first run for public office.

Ms. Alexander is a farmer and novelist. She has a PhD from CUNY Graduate Center. She is the Editor of “Dactyl Review” and served as director of public programs (1996-2011) for the Dactyl Foundation, a non-profit arts organization based in New York City. In the past Ms. Alexander served as public scholar for the New York Council for the Humanities, 2015-2018, and as a Fulbright Scholar to Russia, 2020, at ITMO University, in St. Petersburg, a leading higher education and research institution.

Community organizations include League of Women Voters Mid-Hudson region, and webmaster/secretary for Ranked Choice NY. Ms. Alexander is also a member of the group of researchers, the Third Way of Evolution.

In a candidate statement, Alexander wrote:

“I am appealing to Libertarians, Greens, disenchanted Democrats and Republicans, voters who all have approximately the same goals but different ideas about how to achieve them. My goal, which unites us all, is to try to decentralize the power that has been concentrated in the hands of the few. When power becomes concentrated in government, politicians can act as though they are above the law and cease to answer to voters. When power becomes concentrated in a few large corporations, business leaders can behave as if they are above the law and cease to be responsive to their own customers. When these two power centers merge, we no longer have democracy or freedom. That’s where we find ourselves today.” 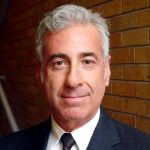 Steven Greenfield, 59, is running for Congress on the Green party ballot line.

According to information he sent to the Columbia Paper during his 2018 run, he was born in the Bronx and has lived in New Paltz since 2001. He has served two terms on the New Paltz Central School District Board of Education in 2008-2011 and 2014-2017. He was an interior firefighter and company secretary for the New Paltz Volunteer Fire Department for 15 years and a delegate at the Ulster County Volunteer Firemen’s Association. He was a member of the Town of New Paltz Transportation and Land Use Committee as well as a member of the town’s Transportation Implementation Committee; and a member and secretary for the Village and Town of New Paltz Government Efficiency and Effectiveness Committee.

Mr. Greenfield attended John Adams High School in Queens, and has a BA in economics from Columbia College, Columbia University. Mr. Greenfield is a professional musician.

There is more information about his campaign at www.stevegreenfieldforcongress.com