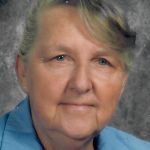 Born in Valatie, she was the daughter of the late Edson and Nettie (Stribeck) Folmsbee, Sr.

Before retiring, she was a custodian for 35 years at the Milroad School in Red Hook. Over the years, she met and was loved by many children during her time there.

She is survived by: two sons, Robert (Remilyn) Bates of Poughkeepsie and Edward Bates, Jr., of Germantown; one grandchild, Lyanna Bates; several nieces, nephews and cousins.

Funeral services will be held Thursday, November 19, 11 a.m. at the Raymond E. Bond Funeral Home, 1015 Kinderhook Street, Valatie. Friends are invited to attend calling hours from 5 to 7 p.m., Wednesday, November 18 at the funeral home. Burial will be in the Woodlawn Cemetery, Valatie. Visit raymondbondfh.com to leave condolences.

A painter by trade, he also owned and operated the Once Around Antique Shop in Greenport. No yard sale was safe, as he would search out the bargains, antiques and treasures. Other times, he could be found hunting or fishing with his family. He was a member of the Hudson VFW and the Moose Club. He will be remembered for his avid storytelling, and his flirtatious personality.

Mr. Hoyt is survived by: his three sons, Lonnie, Jr., and his companion Sherry, Robert and his wife Martha, and Ricky and his fiancée Tina Florio; his three grandchildren, Kacie Hoyt, Robert Hoyt, Jr., and Melissa Hoyt; seven great-grandchildren; several nieces, nephews and many cousins.

He was predeceased by his loving wife, Jennie (Snow) Hoyt in 2013; his grandson, Lonnie Hoyt, III, and granddaughter, Heather Hoyt.

Visitation hours will be held on Wednesday, November 18 from 2 to 4 p.m. at the Bates & Anderson – Redmond & Keeler Funeral Home, 110 Green Street, Hudson.

She graduated from Hudson High School, Class of 1965.

“Fran” was a majorette in high school, and was also a long time member of Roz’s Dance Studio in Hudson.

She worked most of her career as a bookkeeper, she never forgot her gift with shorthand.

The thing that made her the happiest was spending time with her family.

She also loved Tom Jones music, a fresh everything bagel with cream cheese and lox, and watching General Hospital.

The family extends its gratitude to Community Hospice of Columbia and Greene County.

RHINEBECK—John H. Ferrari, 79, of Gallatin passed away Monday, November 16, 2020 at the Meadows, Rhinebeck.

He was a very talented automobile mechanic and technician; throughout his career he worked at Friendly Pontiac, Volkswagen, the Rhinebeck Garage and finally at Kingston Volkswagen. He also raised homing pigeons and was a member of the Catskill Pigeon Racing Club.

Born October 7, 1941 in the Bronx, he was the son of John and Margaret (McCormick) Ferrari.

In addition to his wife Donna, he is survived by: a son, John; daughter, Diane; his brother-in-law, Kenneth Hodges and two sisters.

Services will be private. Express condolences at www.peckandpeck.net.

There is going to be a private family service. Send online condolences at wenkfuneralhome.com. 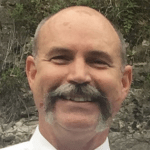 Born March 2, 1961 in Grosse Point, MI, he was the son of Gerald Poisman of Red Hook and the late Carol (Burnap) Poisman.

For many years, Mr. Poisman worked as an assistant engineer with the New York State Department of Transportation based in Poughkeepsie.

He was a member of 3D Trials, and an avid Forge of Empire player. He enjoyed riding motorcycles and taught a motorcycle safety course for several years. He loved long walks with his granddaughter, Elliana, while soaking up sun and visiting neighbors. He enjoyed bowling, road trips with his family especially to Key West, and yelling at the TV during Giants and Yankees games. He previously volunteered as a local EMT. He could often be found entertaining friends during a neighborhood “porch party.” A father to everyone, he had more adopted kids than one could count. He was happiest at home surrounded by family, watching old movies, drinking good beer, and eating good food (which always happened to be spaghetti.)

Donations may be made in Mr. Poisman’s memory to the National Motorcycle Safety Fund.

Covid-19 guidelines including masks, social distancing and capacity limitations will be adhered too.

Interment will be private. 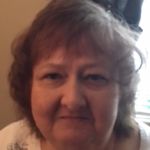 Born May 26, 1949 in Yonkers, she was the daughter of the late Joseph and Katherine (Hobbie) Rousseau.

She was a secretary for Columbia-Greene Community College for many years.

She is survived by: her daughter, Cynthia Bobb of Castleton; two siblings, Janet Winters and Michael Rousseau, both of Hudson; and two grandchildren, Amber and Tayler Bobb.

Calling hours will be held Tuesday, November 24 from 3 to 5 p.m. at the Raymond E. Bond Funeral Home, Valatie. In lieu of flowers contributions may be made to the American Diabetes Association, Albany NY Office Pine West Plaza Building 2, Suite 204, Washington Avenue Extension, Albany 12205. 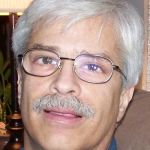 “Al” was born at Samaritan Hospital November 26, 1949 to Francis and Phyllis Maloney.

He is survived by: his sister, Diane Parks; brother-in-law, Stephen and nephew, Brendon.

He was employed by New York State as a programmer for 30 years. He developed several personal passions over his lifetime including woodworking, stained glass creations and drawing via multiple mediums. He taught himself these creative skills and was masterful at each one. His creations are cherished by the family and friends he bestowed them upon. He was a loving and loyal friend to the many people he touched.

A graduate of Archbishop Stepinac High School, he attended Siena College. He had a lifelong love for dogs and always had a loyal companion by his side.

There will be no memorial service at this time. He will be cremated and his remains will be interred at a later date.

In lieu of flowers, donations may to sent to The Regional Food Bank or The American Heart Association. For additional details contact the Raymond E. Bond Funeral Home at