He will be remembered for his love and generosity. In addition to his parents, he is survived by: one brother, Jeremiah Ramirez; two sisters, Soulley and Amarea Butler; many aunts, uncles and cousins. 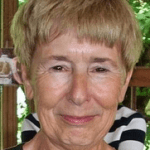 She was born November 21, 1940 in Albany, the daughter of the late Francis and Eleanor (DeWitt) Schweigert.

She was a real estate broker and real estate appraiser for Ted Dobush Real Estate for many years before retiring.

She was predeceased by her husband Robert Jacobsen.

Mrs. Jacobsen was the proud grandmother of Thomas and Sara Chamberlin, Sierra and Logan Flores and two great-grandchildren, Atticus Chamberlin and Nevaeh Chamberlin. She also had many nieces, nephews, aunts, uncles and cousins.

Relatives and friends are invited to her funeral service Saturday, November 7, noon at the Rockefeller Funeral Home, 165 Columbia Turnpike, Rensselaer.

Covid-19 protocols will be followed and masks must be worn. Those who wish, may participate via Zoom link https://us02web.zoom.us/j/2519808581. Burial will be in Woodlawn Cemetery. It was her wish that those who want to, plant a tree in her name. 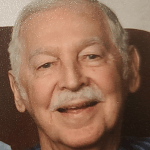 AUSTERLITZ—Donald Perry, 95, of Austerlitz and Ruskin, FL, died peacefully at his home, surrounded by his family November 6, 2020.

He was born September 17, 1925 in Pittsfield, MA, to the late Edward Perry and Harriet Perry Wilson.

He graduated from Roe Jan High School in 1943, then joined the United States Army serving from 1944 to 1946 and was stationed at Fort Bragg. He was employed by General Electric from 1948 to 1985.

October 2, 1948 he married the love of his life, Dorothy Badertscher. They celebrated 69 years of marriage before her passing in 2018. Taking an early retirement they were able to spend 20 years wintering at their home in Ruskin, FL.

Besides his wife, he is predeceased by his sisters, Ethel, Grace, Pearl and brother, Edward.

Due to Covid-19 there will be no calling hours. A celebration of his life will be held in the spring. In honor of his life, donations may be made to Community Hospice, 47 Liberty Street, Catskill 12414.

“Bob” was a graduate of St. Mary’s Academy, and went to work at Foster’s Refrigeration as a purchasing agent. After Foster’s he went to work for Tom Fink as a purchasing agent, at the same time he ran a home business selling parts for refrigeration equipment. His love for work was exemplified by continuing to work into his 80s. He was a life-member of Washington Hose Company, the Hudson Elks lodge, and also the Knights of Columbus.

In addition to his parents he was predeceased by his sisters, Helen Walsh, Elizabeth Hawver and Eileen Scirico; his brother, Joseph Walsh.

CATSKILL—Hildegard M. Holleufer, 87, of Chatham passed away peacefully October 31, 2020 at the Pines of Catskill.

She was born May 4, 1933 in Wachtniederbachen, Germany, to the late Anton and Mathilde Haag.

In 1954 she graduated high school in Germany. Four years later, along with their first son, Thomas, they immigrated to the United States, starting out in New York City. In 1980, after hearing from a friend how nice Columbia County was she decided to move to Ancram, where she lived until moving to Chatham in 2004.

Ms. Holleufer was a homemaker, she was an excellent cook, and a fantastic baker. Her old-world recipes will be remembered and cherished by her family, but never duplicated. When she wasn’t cooking or socializing with friends, she enjoyed crocheting, knitting and tending to her beautiful gardens. One of her most memorable accomplishments came in 1995, when she became a United States citizen.

She is survived by: her loving and devoted son, Thomas Holleufer; her daughter, Doris Holleufer; her granddaughter, Rachael Holleufer; two nieces, Elke Buchwald, Martina Suzuki and four nephews, Ansgar Bucholz, Thomas Ropertz, Wolfgang Buchwald and Johanes Bucholz. In addition to numerous friends from Chatham Manor and her devoted caregivers. She was predeceased by her by two sisters, Anita Bucholz and Kethe Ropertz.

Services will be held privately in St. James Cemetery at the convenience of the family.