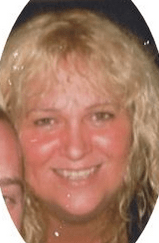 ELIZAVILLE—Susan Jane Swanson, 60, of Elizaville passed away Monday, November 16, 2020 at her home after a courageous battle with cancer.

Born May 22, 1960 in Yonkers, she was the daughter of the late Devaughn Westover and Clare Westover of Pennsylvania.

Ms. Swanson loved spending time at her “River High Estate” on the St. Lawrence River. She especially loved spending time with her many friends that were family to her and spoiling her grandson. Whether it was riding her motorcycle with her riding buddies, a night out on the town, or getting together with her “Bunco Bitches” and having fun, she knew how to live big in everything she did.

In addition to her mother, Claire, Ms. Swanson is survived by: her sons, Aj Swanson of Clifton Park and Tyler Swanson of Rotterdam; her grandson, Caleb Wes Swanson; her brother, Tommy Westover of PA; and her beloved pups, Sukie and Sadie; extended family and countless friends.

Memorial donations may be made in her memory to the St. Bernard Rescue Foundation. 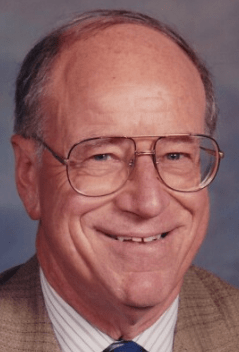 “Andy” was born in Copake, son of the late Royal V. and Kathryn Alback Campbell.

A high school athlete, he served in the Navy during the Koran Conflict and sailed around the world. He graduated from Albany Business College and went on to a successful business career, receiving the Albany Business School Outstanding Alumni.

He was predeceased by: his brothers, Clifford, Donald, Calvin, and Royal B. Campbell; and sisters, Helen Silvernail, Elsie Stockman and Isabel Schad.

There will be a private graveside service. In lieu of flowers donations in memory of Mr. Campbell may be made to Boystown, 4801 Sargent Road NE, Washington, DC, 20017. (Boystown.org/Washingtondc). Express condolences at www.peckandpeck.net. 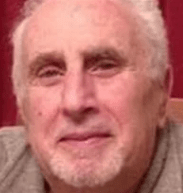 HUDSON—Arthur Koweek of Hudson and Copake passed away November 16, 2020 at Columbia Memorial Hospital, following a brief illness. He was 97 (almost 98) years young.

Born and raised in the Bronx and Queens, he was the son of the late Anna and Morris Koweek, he was the brother of the late Albert (late Clara) and late Maxwell (late Hannah and Hilda) Koweek.

He graduated from James Madison High School in 1939, and received his BS degree from Washington State University in 1946. He proudly served his country in World War II as a member of the Army Air Corps, mustering out of service as a second lieutenant having served in the European theatre as a bombardier. Upon his return to New York, he went on a blind date with Janice Silver. They were married in 1950 and shared 56 years of love and happiness until Jan’s passing in 2007. Together with his beloved wife, he owned and operated The Town Fair baby and children’s store as well as Hudson Valley Supply Co. bringing toys and happiness to countless children and families.

Mr. Koweek believed strongly in giving back, and was active in a myriad of community affairs. A life-member of Hudson Fire Company #8 since 1950, he frequently jumped up from the dinner table to answer the chimes. He served on the Hudson Youth Advisory Board, and the Columbia County Health Care Consortium, receiving the Anne W. Zittell Friend of the Consortium Award in 2018. He served on both the Hudson City and NYS Planning Federation Boards for more than 50 years, stepping down when he turned 95.

He is survived by: his children, Richard (Toni) of Hudson, Jimmy (Annette) of Elgin, AZ, Joan Koweek (Gary Arcuri) of Claverack and Paul (Maryann) Silver of Kinderhook; he was adored and adoring “Grandpa” to David (Manoela Romano de Orte) Koweek of Palo Alto, CA, Stephanie Koweek of Austin, TX, Molly Koweek of Dayton, OH, Katie (Ben) Anderson of Tucson, AZ, Clay (Mollie Silva) Koweek of Tucson AZ, Sommer and Wesley Koweek both of Flagstaff, AZ, Gage Arcuri of Claverack, Joseph (Corinne Bee) Silver of Tucson, AZ, and Lizzie (Austin Hughes) Silver of Norfolk, VA; he was honorary “Grandpa” to Anna (Georgio Bonacchini) Barzanti of Palo Alto, CA. In addition to his children and grandchildren, he is survived by his nieces, nephews and their children; his special cousin and life-long buddy, Albert (late Babe) Norman, and lifelong friends: Howard and Mildred Topper, Ernie Woods, and Bill and Marianne Lowenstein.

He is survived by: his wife, Margot Slutsky; his sister, Sherry Wang; his children, Jacob (Chi), Joshua and Lia, and his grandchildren, Benji, Maxwell and Oliver. He was predeceased by his parents, Louis and Caroline (Mashbaum) Slutsky as well as his brother, Larry Slutsky.

He enjoyed his friends and family, along with good conversation, philosophy and antique hardware. Many in Hudson knew him as a hardware enthusiast and partner at Rogerson’s Hardware.

There will be a brief outdoor memorial service Wednesday, November 25, 1:30 p.m. at Cedar Park Cemetery. His family asks that all guests adhere to Covid-19 safety practices of masks and social distancing.