KINDERHOOK—Two people are running for one open seat on the Town Board this November. The vacancy was created when Patsy Leader was elected supervisor last year and had to resign her Town Board seat. In January, Supervisor Leader appointed Debbie Johnson to fill the seat for one year.

Ms. Johnson and Melissa Miller are now running to be elected to that seat for a one-year term. 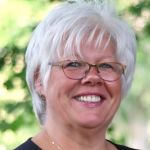 Ms. Johnson, 56, is running on the Republican and Independence party lines. She is registered in the Independence party. She was appointed to a seat on the Town Board in January and was on the board from 2002 to 2009, serving as deputy supervisor from 2007 to 2009.

She lives in the Village of Kinderhook and works at SMPR Title Agency in Hudson as a client services coordinator and title closer. She has two daughters, Amanda and Ashley, and two grandchildren.

Ms. Johnson was unable to return the Columbia Paper candidate questionnaire and statement in time for deadline.

Her campaign has a Facebook page at Debbie Johnson for Kinderhook Town Board. 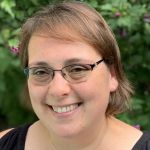 Ms. Miller, 38, a registered Democrat, is running on the Democratic and Kinderhook United party lines. She is currently the treasurer for the Ichabod Crane school district’s PTA and a board member of the Kinderhook Dog Park in Volunteer Park. For the last two years, Ms. Miller has been an active member of COARC’s Human Rights Committee and she was Girl Scout leader for Troop #1316 for 7 years. She is an independent contractor working as a sitter and dog walker for My Furry Family PetSitters.

She has BAs in Psychology and Sociology and an AS in Criminal Justice. Ms. Miller lives in Valatie with her husband, Michael, and their two daughters, Breonica, 16, and Kaylee, 14.

In her candidate statement, Ms. Miller wrote, “Kinderhook residents have the right to know what our elected officials are doing for the town. Currently, official communication is lacking in Kinderhook. We need a Communication Chair tasked with formalizing a strategy to create a productive two-way line of communication between the Town Board and residents. This would include establishing a social media policy, updating and improving the town website, dedicating space to promote small businesses, incorporating a comprehensive town calendar and more. Additional tools such as town-owned social media posts, an e-newsletter, monthly posts in local newspapers, and periodic low cost printed newsletters for our senior centers and others without computer access or knowledge should be incorporated. The board must modernize how it enables residents to express concerns and inquiries so that it may better serve the diverse interests of our community. By better informing and engaging with residents we can foster increased community participation in town governance.”

More information on Melissa Miller’s campaign is at kinderhookunited.com