GHENT—In the towns of Stockport and Stuyvesant voters will have two candidates to choose from in the race for the 102nd Assembly District. Incumbent Christopher Tague is running for reelection on the Republican, Conservative and Independence party lines against Democrat Betsy Kraat.

The 102nd District also consists of all of Greene and Schoharie counties along with parts of Delaware, Albany, Otsego and Ulster counties. Assembly members serve two-year terms. 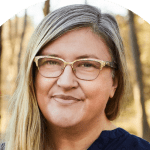 Ms. Kraat is a social worker from Ulster County. Information on her campaign is at betsyforassembly.com

Mr. Tague was elected in April of 2018 in a special election. He won a full term to the Assembly in November 2018. He previously was elected Schoharie Town Supervisor in 2015. There is information on his campaign at tagueforassembly.com