CLAVERACK—For more than a decade her job has been to make the dream of home ownership come true for working families.

Now, Brenda Adams, the CEO/executive director of Columbia County Habitat for Humanity for nearly 13 of the organization’s 27 years, has decided the time has come to retire from that post. 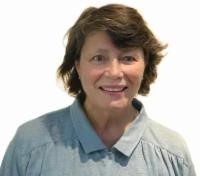 “Habitat will always be dear to my heart. I could stay there forever,” Ms. Adams said in a phone interview with The Columbia Paper this week. “You’ll never find a more inspiring, committed, compassionate or engaged group of people” than those she has met through her connection with Habitat, she said.

Her tenure as executive director is laced with accomplishments, including building the first affordable passive housing in New York State; launching a ReStore operation which contributes $100,000 yearly to construction operations, and expanding Columbia County Habitat’s build/rehab activity to a total of 27 completed houses, according to the December 7 press release announcing her retirement and the organization’s search for a new executive director.

As with any nonprofit at this time of year, Ms. Adams said she is busy “asking, asking.”

Turning the tables for a moment, a reporter asked what particular project has given her the greatest satisfaction over the years?

“That’s like asking a parent to choose their favorite child,” she said.
She identified the organization’s partnership with the BarlisWedlick architectural firm as a significant transformational step for Habitat.

The partnership started in 2013 with the building of the Columbia Passive Town House on Columbia Street in Hudson.

The pandemic initially stopped and currently has slowed Habitat project progress this year. But Ms. Adams says the search is back underway for families interested in owning two finished Habitat homes in Ancramdale and a family has been identified for the completed rehabilitation of a home in Valatie. That sale is expected to take place in the next few weeks.

Beginning in late spring or early summer next year, Habitat will turn its attention to a project in Philmont.

“The big question is, when can we safely put volunteers back on site?”

“Brenda has been a transformative leader and source of inspiration to the board and staff, hundreds of volunteers and the many families whose ownership of Habitat homes have benefited from her caring and unstinting efforts. She will be sorely missed, but never truly gone from our important work on behalf of working families seeking safe and affordable housing in our community.”

Mr. Kersten has formed a search committee. Efforts to identify a new executive director/CEO will begin immediately. Ms. Adams said she plans to stay on until a new director is found.

All inquiries should be directed to .

Her step back from Habitat does not signal her “retirement from the world,” Ms. Adams said.

The 68-year-old is still the supervisor of the Town of Canaan, a post she took on in January this year. She is also involved with reviving the good work of the Canaan Historical Society and wants to make more time for the Columbia County Women’s Alliance (CCWA).

Ms. Adams serves on the steering committee of the CCWA, a new community organization which “aims to be a countywide diverse and collaborative alliance of women and community organizations committed to a just, humane, and equitable society,” according to its Facebook page. The CCWA is currently accepting nominations for its campaign to commemorate the 100th anniversary of the 19th Amendment, granting women the right to vote. The Alliance wants to acknowledge and celebrate “100 Women Making a Difference in Columbia County.”

Ms. Adams also has plans to “conceptualize and execute” a “French-style garden” in a sunken, stone-lined area off her home’s dining porch. She will plant lavender and heirloom roses and perhaps a water lily in the small cement pond.

In reflecting on her departure from Habitat Ms. Adams said the decision is about taking stock of her life, her family and Habitat’s growth.

With Habitat poised to take the next step and a strategic planning retreat upcoming, Ms. Adams said she decided to retire in advance of that strategy session “to allow the talents of a new leader to be put in place.”

Ms. Adams said she is married to “a wonderful husband,” John Adams and they have one son, Nicholas, 20, who is currently a student at Quinnipiac University, studying remotely from home. She said her son is the fourth generation of Adams to live on the Canaan property her husband’s family has owned since 1916. “I’m an outlaw, I married into it,” the North Carolina native said.

“Habitat is an extraordinary organization, I encourage people to support it. Housing is one of the most basic needs and the investment in stable homes yields a tremendous return.

“During this pandemic we have learned what its like to be at home. Home never had more meaning,” she said.

“The next person to lead Habitat will inherit a healthy organization, with a great board and inspiring staff and engaged volunteers. It will be a great opportunity.”