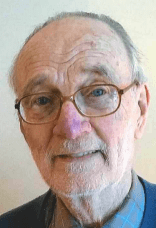 NEWTOWN, PA—Eugene “Gene” Edward Carlough died in his sleep November 15, 2020 at Pennswood Village, where he and his wife Margaret, moved five years ago.

He was born to William Henry Carlough and Ellen Frances (Rogan) Carlough, August 15, 1928, the last of eight in Peekskill, the eighth child of an eighth child. He was predeceased by all seven of his brothers and sisters. He is survived by: his wife, Margaret; son, Will and many nieces and nephews.

He graduated from Peekskill public schools. He then commuted to classes for accounting and graduated from Packard Business School in NYC, where most of his classmates were vets returning from World War II. Then he worked for NY Central Railroad using his accounting knowledge.

He was drafted and served in the Army’s Signal Corps, where he watched an A-bomb test explosion, from seven miles out. After the Army, he worked for Standard Brands (Fleischmann’s yeast and gin).

He read the “Great Books,” he bowled and he became a favorite uncle. He was a lifelong learner, he read a lot and took some college courses, mostly distance learning. While he didn’t have a degree, his wife later said he was better educated than she was with her doctorate degree.

As a middle-aged bachelor he looked after his much-older sisters in the house where they all grew up.

At IBM in White Plains, he met Margaret, another computer programmer working on the internal information system. They worked for about a year for Corstar in White Plains.

They were married in 1971 and shortly after, they quit their jobs and moved to the country, where he sold books as Yellow House Books and where they raised their son, Will, now of Brooklyn.

While they lived in East Chatham, Mr. Carlough worked for Certified Reports and later for Belknap, a development company which worked for an insurance company.

He wrote some poetry that was published in the Chatham Courier. He took up running for his health and then became dedicated to it, running races regularly and even winning some in his age bracket.

He loved living in the country and had a vision of his ashes being scattered on the hillside near where he lived. He was very involved in his small town of Canaan and served as town clerk. He was a member of the East Chatham Fire Company for many years.

He and Margaret moved to Pennswood Village in 2015. He was a regular in the aerobics, balance, coordination and strength class, and contributed to Village Voices.

He and Margaret were a devoted couple. He and his son were very close, and shared the same droll sense of humor and a love for movies. 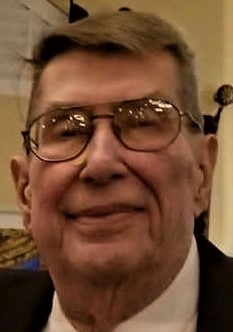 Born March 6, 1947 in Springville, NY, he was the first son of William John and Ilse Peschan Weismantel.

He was a Phi Beta Kappa graduate of St. Lawrence University in 1969. He was elected to the National Political Science and National Philosophy Honor societies.

His career included management and buying positions at Denby’s Stores, Inc. in the 1970s.

For more than 30 years he then represented Pierce Chemicals / Royal Bond as a sales representative in New York, Vermont and Northeastern Pennsylvania before retiring in 2013.

He is survived by: his daughter, Bethany Nerad (Frank); grandchildren, Christopher, Maddison and Frank of Scotia; his siblings, Susan Wright (Jeff) of Chagrin Falls, OH, Mary Weismantel of Springville and John Weismantel of Williamsville; nephews, Stephen and Matthew; nieces, Emma and Maggie and his former wife, Lynda Weismantel of Scotia.

Mr. Weismantel was a communicant of St. John the Baptist Church in Valatie. An avid Buffalo Bills fan, he also enjoyed independent films and making human and political observations.

Calling hours will be held at Raymond E. Bond Funeral Home in Valatie, Wednesday, December 9, 2020 from 5 to 7 p.m. A funeral service will be held Thursday, December 10, 2020 at St. John the Baptist in Valatie at 11 a.m. Both the funeral home and church are observing Covid-19 safety guidelines and the family requests that masks be worn, and social distancing be observed. To send condolences visit raymondbondfh.com.

Born February 18, 1944 in New York City, she was the daughter of the late Theodore and Betty Weyhrauch.

She is survived by: her sister, Louise W. Ryder of Hudson; nieces and nephew, April (Wallace) Elliott of Ghent, Babette Ryder-Card of Hudson and David (Maureen) Ryder of Hudson.

She and her mother moved to Hudson in the mid-1970s, when she was first introduced to the Coarc organization through its Glenwood Boulevard workshop in Hudson. She remained active with the organization at the workshop in Mellenville, as well as day-hab centers at Promenade Hill in Hudson and Cardinal Hall in Greenport.

Over the past 50 years, she had lived in Coarc homes in Chatham, Copake and most recently in Hudson.

She enjoyed various trips with Coarc staff, including a trip for her 70th birthday to see Chubby Checker in concert. In her early years while at the Chatham residence, she had danced the Twist on stage with him at the Chatham Fair.

Always a music lover, her mother took her to many concerts in New York City. Many times she would receive an autograph, the most memorable was when she entered the dressing room of Louis Armstrong to have him sign her autograph book.

Also surviving are: her sister-in-law, Joan; six nephews, Teddy, Michael, Joe, Danny, Eddie and Rob; and numerous great-nieces and nephews. She made many friends in the communities she had lived, as well as through Coarc, where she developed a decades-long friendship with Linda Moller.

Besides her parents, she was predeceased by three brothers, Teddy, Erwin and Bernard; brother-in-law, Arthur D. Ryder Jr.; sister-in-law, Eileen Weyhrauch; and a niece and nephew, Valerie and Erwin, Jr.

In her memory, her family hopes “that we all can strive to be as loving to others as Barbara was to everyone she met.” Her Hospice nurse said, “She was a such a sweetheart—dear to everyone’s heart.”

A memorial service will be offered in the spring. Memorial donations may be made to Coarc, 630 Route 217, Mellenville 12544; or Community Hospice, 47 Liberty Street, Catskill 12414. To leave a message of condolence visit www.batesanderson.com.

“Debbie” worked for more than 20 years at the New York State Department of Health as a medical coder until her retirement.

She enjoyed cooking for friends and family, was a true nurturer and caregiver. She loved the New York Yankees and enjoyed playing games with her family. She had a special place in her heart for her beloved pets, Nugget, Paco, Dozer and Nala.

She is survived by: her loving husband, Richard June; her two sons, Corey and Noah June; and her sister, Donna Griffin.

In addition to her parents, she was predeceased by her two brothers, Michael and William McKeel.

Visitation time will be held Thursday, December 10 from 10 to noon at Bates and Anderson – Redmond & Keeler Funeral Home, 110 Green Street. Hudson. Graveside services will follow at 12:30 p.m. in Cedar Park Cemetery. In lieu of flowers donations may be made to the family. To leave a message of condolence visit www.batesanderson.com.

Born in Pittsfield, he was the son of the late John and Ruth Grant.

He proudly served in the United States Air Force, where he met his wife, Bobbie Joyce at Webb Air Force Base in Fort Worth, Texas. He worked for Sterling Winthrop for many years and also ran Grant’s Trucking and Garbage Removal. He was a longtime member of the Lebanon Valley Protective Association. In his younger years, Mr. Grant enjoyed ice fishing, bowling and hunting. Recently, he became a cross-word puzzle and word search enthusiast.

He was predeceased by his wife, Bobbie Joyce Grant; and his one brother and four sisters.

Memorial contributions may be made to the Lebanon Valley Protective Association, 523 US 20 New Lebanon 12125.

A memorial service is being planned for early summer when he and Bobbie Joyce will be laid to rest together. Arrangements are with the Parker Bros. Memorial Funeral Home, Inc.