Born in Chatham October 5, 1949, he was the son of the late Orlando and Mary Foiadelli Costanzo.

He enjoyed flower arranging, loved cats and his sister’s pet birds. He contributed to many national and international animal welfare organizations. Mr. Costanzo was a 1968 graduate of Chatham Central School.

He was predeceased by his brother, Joseph.

He is survived by: his sisters, Antonia (Ann) Costanzo of Albany and Theresa Shallcross of Fairpoint; nieces, Kimberly Bellanger of Fairpoint, Karen Antonelli of Ghent; cousins, Nancy McGrath of Constable, Sandra Gould of Paisley, FL; second cousins, Fred Cappozzo of Kinderhook and Frank Cappozzo of Chatham.

There was a graveside service Friday, December 11 at Saint James Cemetery, Ghent. Condolences may be conveyed at frenchblasl.com. 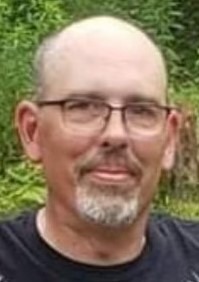 He loved the outdoors—hunting, fishing, going on the boat with his father-in-law to Long Lake, helping turtles cross the road, camping at Waubeeka and just driving around with his girls looking for deer.

He grew up in Philmont, where he was a member of the Philmont Volunteer Fire Department and Rescue Squad.

He was an avid drummer, playing in a band and marching in drum lines. Drums are in his family’s blood.

He moved to Pine Plains in 1996 and joined the Pine Plains Rescue Squad in 1997 becoming captain from 2005 to 2009. As an EMT and CPR instructor, Mr. Krein loved being able to help people.

He married his wife of 21 years, Kelly (Hill), June 12, 1999. He had his dream job at Solid State Cooling as an electronics engineer doing field service setups and repairs that enabled him to travel cross country.

Mr. Krein’s wife and his beautiful daughter, Olivia, born in 2004, survive him at home. He is also survived by: his mother and step-father, Cynthia Dallas Quigley and Tim Quigley of Red Hook; his brother, Jeremy Krein of Red Rock; his sister and brother-in-law, Suzy and Pete Eisele of Pell City, Alabama; his stepmother, Debbie Tanner of Philmont; paternal grandmother, Rose Krein of Hudson; a half-sibling and several step-brothers and sisters. He will also be missed by his father- and mother-in-law Tom and Donna Hill of Pine Plains; his two sisters-in-law, who thought of him as a brother, Coleen Mizgier (Rob and Janine) and Karen (Chris) Root of Pine Plains; many nieces and nephews, extended family and his “fur kids,” Hannah, Petie, Tandy and Libby.

A funeral service was held December 15 at the Peck and Peck Funeral Home in Pine Plains. Burial followed in Evergreen Cemetery. Express condolences at www.peckandpeck.net. 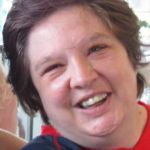 CANAAN—Julia Smedley Deuel left us November 25 surrounded by her family. She had been fighting cancer for several years.

Born in Boston 1966, she traveled the world, but continued her connection with her birth town in strong support of her beloved Boston sports franchises.

She was exceptionally caring, and always put helping others before her own needs.

“Julie,” as she was known, had a keen eye for photography and enjoyed the activity throughout her adult life. She was also a gifted psychic medium, and was happy to travel to locations and try to help people who professed a need for her gift. She would never charge for her work, simply donating her talents. She an uncanny knowledge of topics from military aircraft and action heroes to Shirley MacLaine movies and the nature of God.

Born January 23, 1938 in Hudson, he was the son of Martin and Elizabeth (Stevens) Mottoshiski.

“Bill” was a lifelong Hudson resident. He served in the United States Marines Corps from 1956 to 1958. He worked in the maintenance department at Bard College.

Funeral services will be private and at the convenience of the family. Visit www.batesanderson.com to leave condolences.

PHILMONT—Lyle Mossman, loving husband and father of two children, passed away at the age of 88, Saturday, December 12, 2020.

He was born January 21, 1932 in Philmont, to Phillip and Lillian (Rockefeller) Mossman. He worked as the store manager for the Grand Union for 26 years. On July 29, 1956 he married Pearl Hotaling. They raised two children, Kim and Darryl.

Mr. Mossman grew up in Philmont and attended Philmont Central School. He was one of seven students credited for the renaming of the Central School District #2 to the Ockawamick Central School. He had an interest in sports his entire life. From the age of 11, he was actively involved in baseball and basketball. In 1950, he was named to the Columbia County Interscholastic Basketball “Dream Team.”

He was also a baseball all-star, assisting the Philmont Central School to league championships, which led him to receive an invite to try-outs with the Brooklyn Dodgers. Mr. Mossman continued his ball-playing career by playing in the Columbia County Softball League. In 1981, he was inducted into the Columbia County Basketball Hall of Fame. In his later years, he was an avid fan of the New York Giants and the New York Yankees.

He was preceded in death by his father, Phillip; his mother, Lillian; his brothers, Richard, Clinton, Louis, Elwood and Phillip, and his sisters, Jean Marie, Marion and Margaret. He is survived by: his wife, Pearl; his daughter, Kim (Edward) Del Principe; his son, Darryl (Lisa) Mossman; his grandchildren, Edward Del Principe, Michael Mossman and Cody Mossman; great-granddaughter, Emily Mossman; many nieces and nephews.

Funeral services will be private. A celebration of his life will be announced at a later date. In lieu of flowers, donations may be made to the Food Distribution Center, Mellenville Philmont Food Pantry, Claverack Town Offices, 91 Church Street, Mellenvile 12544.

CHATHAM—Richard Stephen Crellin, Jr., known as “Steve,” a lifelong resident of Chatham, peacefully passed away, of natural causes, early Sunday morning, December 13, 2020. He had been in palliative care at Pine Haven in Philmont.

An accomplished pianist, and decades-long organist for the Canaan Congregational Church, he was born in Norfolk, VA, at the Naval Hospital, August 24, 1944.

After graduating from Chatham High School, he worked for decades at Crellin Plastics/Albany International/Sonoco, assembling parts.

Music was an important part of his life. He sang in the Reformed Church Choir, the CCS Choir, and the Hudson Valley Chorus, over the years, and enjoyed bowling weekly with a league.

His surviving family members, brothers, Peter of SC, Daniel of Chatham, and his sister, Jane of TN, fondly recall his sly sense of humor, his wry comments and witty puns.

Mr. Crellin enjoyed words, especially a good crossword puzzle, and could trounce the competition playing Wheel of Fortune. Family and friends are certain he is bringing music to the heavens, and enjoying good health and the rewards of having lived a life of integrity. Services will be held at later date. Memorials may be made to the Columbia-Greene Humane Society, 111 Humane Society Road, Hudson 12534 or to the Chatham Rescue Squad, P.O. Box 587, Ghent 12075. For online condolences visit wenkfuneralhome.com. 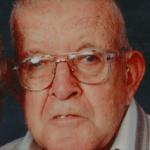 Born January 9, 1932 in Hudson, he was the son of the late Roger Earl and Viola (Plass) Rifenburgh.

He served in the U.S. Army during the Korean War and was awarded the Bronze Service Star for his efforts.

For many years, he worked in telephone repair with the Germantown Telephone Company in Germantown. He also served as the caretaker for many local estates.

He was a life-member of the Germantown Fire Company and was an avid outdoorsman who enjoyed hunting and fishing.

In addition to his loving wife, he is survived by: his children, Rosie (Les) Leonard of Hyde Park, Robert (Blake Swart) Rifenburgh of Texas, and Ron Rifenburgh of Germantown; his sister, Joan Lyons of Livingston; his grandchildren, Ronald Rifenburgh, Jr., Isabella Rifenburgh, and Haley Rifenburgh; along with extended family, friends, and colleagues.

His sisters, Lorraine Austin and Gloria Millus predeceased him.

Graveside services with military honors were held December 15 at the Germantown Reformed Cemetery. 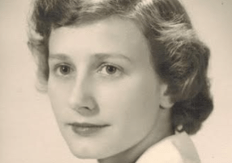 RHINEBECK—Mary Anna (Shaffer) Booth, 90, an 87-year resident of Millerton, most recently of Rhinebeck, died peacefully December 7, 2020 at The Thompson House, where she has resided in comfort for the past three years. She was surrounded by her loving caregivers at the time of her passing.

Born June 3, 1930 in Sharon, CT, she was the daughter of the late Henry W. and Henrietta (Perotti) Shaffer. She graduated from Millerton High School in 1947 and married Donald T.

Booth, August 16, 1952 at the Smithfield Presbyterian Church in Amenia. Together for more than 65 years, they operated the Booth Farm on McGhee Hill Road in Millerton, a very successful dairy farm that had ties with the Town of North East for several generations.

Mrs. Booth was an avid gardener and had a great fondness and concern for all animals. She and her husband were well known for their devotion to family and friends throughout their lives.

They semi-retired from dairy farming in 1990 but continued to care for their vast property with great pride and much love in their later years. Mr. Booth died December 9, 2017.

Mrs. Booth was a decade’s long member of the Faith Bible Chapel of Shekomeko on Silver Mountain Road in Millerton. Though small in stature she was at times larger than life with her “can do” spirit and boisterous personality. Fearless in making her perspective known, she was an iconic personality to the church fellowship. Mr. and Mrs. Booth donated the land on which Faith Bible Chapel now stands and they were both personally involved in the construction phase of the ministry in 1998 and 1999 as well as many other ongoing activities. She worked diligently and could be found at every Work Day, she was a living example of one of the Chapel family’s purpose statements: “Service is Love in Working Clothes!”

She is survived by: her sister, Elinor Duprey of Copake and her husband Robert; several loving nieces and nephews, grandnieces and grandnephews, cousins and many dear friends.

In addition to her parents and her beloved husband, she was also predeceased by her dear brother, Henry J. Shaffer and her loving sister, Elizabeth McGhee.

The family thanks all her friends who visited her at The Thompson House and extends a special thank you to all her caregivers while she was in residence.

Graveside services and burial took place December 12, 2020 at Irondale Cemetery in Millerton. Pastor William Mayhew officiated. Memorial contributions may be made to the North 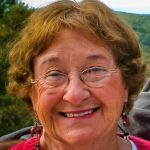 She was born in Manhattan to Leon and Julie Schwartz in 1929, and graduated from Russell Sage College in 1949, after which she worked for a time as a researcher for CBS. In 1954, she married Philip Lewis, a producer at CBS News. Together, they went on to have four children.

In 1970, she graduated from Rutgers University with a Master’s in Library Science, and thereafter worked as a children’s librarian in schools and public libraries from Montclair, New Jersey, to London, England, to Scarsdale, New York. She published three children’s books: Ernie and the Mile-Long Muffler, Wrong Way Applebaum, and The Boy Who Would be a Hero. With Norma Fox Mazer, she edited Waltzing on Water, an anthology of poetry by women.

She was a life-long lover of books, who began conversations by asking “So, what have you been reading?” A dedicated, outgoing and much-admired teacher, political activist, and author, with a wide circle of dearly loved friends of all ages, and a special fondness for children and dogs. An Anglophile and an amateur historian, with a particular interest in the Spanish Civil War, she loved giving readings, singing, baking, and knitting, and she will be deeply missed by all who knew her.

She is survived by Philip Lewis, her husband of 66 years, her daughter Laura, her sons David (Anne Ackerley) and Jim, and four grandchildren, Lydia, Lukas, Jacob, and Juliet. She was predeceased by her daughter, Victoria, and her brother, Michael Schwartz.

Services for Marjorie are private at the request of the family. Memorial donations on behalf of Marjorie may be made to the Doctors Without Borders Foundation:  https://donate.doctorswithoutborders.org/onetime.cfm?

Copeland-Hammerl Funeral Home is honored to assist the family with the arrangements.