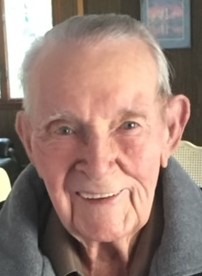 HUDSON—Asa “Ace” Nostrand, devoted family man and dear friend to many, died Thanksgiving evening, November 26, 2020, at the age of 93. He died peacefully at Columbia Memorial Hospital in Hudson with his beloved son, Paul and daughter-in-law, Renée by his side.

He was born to Mildred Crawford and Paul Nostrand in Baldwin, March 21, 1927. Hit hard by the Great Depression, his family moved to Taghkanic, to help run a family farm at the end of Nostrand Road.

He grew up on the farm raising cows, chickens and vegetables and lived a rugged childhood without running water or electricity. With his brothers, Paul, Jr., and Joseph, he walked to a one-room schoolhouse on List By-Pass every day. He eventually attended high school at Roeliff Jansen and enlisted in the U.S. Navy in February 1945, just a few months shy of graduation. Honoring his noble service, Taconic Hills awarded him a high school diploma in 2001.

Mr. Nostrand fought in World War II and was stationed in the Pacific Islands. Upon returning home he was unable to find work upstate and moved back to Long Island. He became a machinist at Mergenthaler Linotype Company where he met the future love of his life, Mildred (neé Carmela) Desiderio. On November 30, 1947 he and Mildred married and he was lovingly accepted into her tight-knit Italian family. Initially they moved near the Desiderio family house on Vanderbilt Avenue in Fort Greene, Brooklyn and then later to Dyker Heights, Brooklyn where they raised two children, Dianne and Paul. After leaving Mergenthaler’s, Mr. Nostrand went to work as a stockman for the NYC Transit Authority and enjoyed working at garages all over the city until he retired in 1992.

Despite his city life, he always stayed connected to his country roots. In 1972 he built a home in Taghkanic and came up on weekends for many years, often bringing his wife’s big Italian family with him. So many fond memories were made during those upstate adventures. When he retired, he and Mildred moved fulltime to Taghkanic.

He will be remembered as a true lover of life. He loved his wife dearly and felt blessed to be a part of her loving family. He loved hunting, fishing and the great outdoors. Always happy to immerse himself in nature, he enjoyed getting the occasional bird and chipmunk to eat out of his hand. He loved old country ballads and big band hits. Later in life, he enjoyed sitting by the Hudson River or by the family pond, named O’Aces Pond in his honor. A man full of pride, conviction and good humor, he was the kind of timeless guy people wanted to strike up a conversation with at the local tavern–and many did.

He is survived by: his son, Paul Nostrand and daughter-in-law Renée of Taghkanic as well as his daughter, Dianne Mallett and son-in-law Keith of San Diego, CA; his granddaughter, Kara Desiderio and partner Kristina Wertz of Taghkanic and his grandson, Christopher Mallet and wife Nathania of Santa Clara, CA; two great-grandchildren, whom he loved to fish with at the pond, Olympia and Emilio Wertz; his sister-in-law, Olympia (Lynn) Coppola; his goddaughter, Jeanette Micelotta; many loving nieces, nephews and cousins who will always remember him dearly as “Uncle Ace.” He was predeceased by his wife of 61 years, Mildred Nostrand.

There will be an outdoor burial service held Wednesday, December 2, 10 a.m. in the New St. Bridget’s Cemetery at Our Lady of Hope in Copake Falls. A memorial service will be planned at a later date at O’Aces Pond. In lieu of flowers, donations can be made to the Taghkanic Fire Company of which he was a proud and faithful member for 45 years.

Arrangements are with the Peck and Peck Funeral Home, Copake. To send an online condolence visit www.peckandpeck.net

He was born in Hudson, January 24, 1957 the son of the late Steven and Doris (Simmons] Jablanski.

For the past 20 years he was employed by the New York State Department of Transportation in Hudson as a highway maintenance worker. Previously, he was a driver for Ed Herrington, Inc. for 19 years based in Hillsdale.

Mr. Jablanski was affiliated with the Copake Fire Company, the Community Rescue Squad and was a lifelong member of the Churchtown Fire Company. He was an avid fan of motorsports and attended many NASCAR races as a fan of both Dale Earnhardt, Sr. and Jr. He also was a season pass holder at Lebanon Valley and one of his favorite local drivers was Stewart Friesen.

Above all, his wife, children, grandchildren, siblings and extended family members along with friends he considered as family were the most important to him. An outdoorsman, he had a love of hunting that he shared and passed along to his children and grandchildren.

He is survived by: his beloved wife of 41 years, Debbie (Hamm) Jablanski of Hudson; his adoring children, Abby Holdridge (Jeremy) of Hillsdale and Jay Jablanski, Jr. (Serena) of Stuyvesant Falls; his loving grandchildren, Hailey, Riley, Bradley, Bryce and Matthew; his siblings, Steven Jablanski of Philmont and Linda Jablanski Murphy of Indian Lake; several nieces, nephews and extended family members and his beloved canine companions, Bristol and Charlotte and his grand fur babies, Molly and Baily.

A Celebration of Life will be held at a later date.

Born December 17, 1951 in Hudson, he was the son of Everett and Lydia (Heintz) Dusenbery.

He graduated from Hudson High School class of 1971. He furthered his education earning a degree from Terre Hutte University in Indiana. He then joined the family business, Fairview Cleaners, where he was the owner/operator for 43 years. He was a member of the Federation of Polish Sportsmen and Hudson Elks Lodge #787. His greatest joy was as a doting, loving “grandpa.”

In addition to his parents, Mr. Dusenbery was predeceased by his daughter, Erin Nicole Dusenbery.

Graveside funeral services in Stuyvesant Falls Cemetery will be Wednesday December 2 at 1 p.m.

Memorial contributions in his name may be made to a charity of one’s choice. Visit www.batesanderson.com to leave condolences. 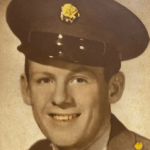 STOTTVILLE—His family lost their beloved William “Bill” Russell Brown of Stottville, November 29, 2020 at the age of 97. His quiet dignity, good humor, easy smile, and twinkly eyes endeared him to all who knew him.

Born October 15, 1923 to the marital union of Helen Rose (Conine) and Thomas George Brown, he grew up in Stottville alongside his siblings, Thomas, Bruce, Mary (Bartolotta), Arthur and Helen Brown. Following his graduation from St. Mary’s Academy in Hudson, Mr. Brown enlisted in the Army at age 19, in time to serve three years during World War II, two of which were spent in Europe. An avid musician, he was known to play the accordion to help keep spirits light.

Upon his discharge, he was awarded the Good Conduct and European-African-Middle Eastern Service medals. After the war, he returned to Stottville and worked for Lone Star Cement, followed by Sterling-Winthrop. A loyal family man full of faith, he raised his three children, William, Robert, and Carol (Lahut), all of whom he loved beyond measure. Proud of his military service, he was a longtime member of his local VFW, where he served as chaplain. Post-retirement, he was content to stay close to home, where he entertained his adoring family and friends with music, sports talk, great stories, and quick-witted jokes. It is hard to put into words the magnitude of his spirit.

Mr. Brown now joins: his parents; most of his siblings; his son William who was killed in action in Vietnam; his daughter Carol and his longtime love, Liz. He is survived by: his sister, Helen; his son, Robert; son-in-law, Mark; five grandchildren; four great-grandchildren and a large extended family. Visitation will be Thursday, December 3 from 5 to 7 p.m. at the Raymond E. Bond Funeral Home in Valatie. Funeral services will be Friday, December 4, 11 a.m. at St. Joseph’s in Stuyvesant Falls. Interment will follow at St. Mary’s Cemetery on Route 9. Due to Covid-19 restrictions, all attendees must wear masks, adhere to six-feet social distancing guidelines, and sit in every other pew, which will be labeled. Church seating will be limited. To send condolences visit raymondbondfh.com.