THIS IS THE PROGRESSIVELY DARK and gloomy time of year of cold and shortening days. It is a time to welcome the holidays and many faiths traditions of light as part of the festivities; the torches, lamps, candles and bonfires, and now modern electric lights that help dispel the darkness. There are new lights for my house this year, something my spirit needs. It was in some ancient places an appeal to the sun to return for another year, and it did, as after the winter solstice the days lengthened again.

Many of the celebrations included gathering and decorating with the greens of winter, like mistletoe. which represent life in winter and the hope that spring will return. Our woods had pines, spruce and hemlock trees, and we could find some greens on the ground or under the snow.

My mother’s favorite, particularly for wreaths, was ground pine. On the higher, southeast corner of our woods was an area covered with it. Sometimes there was so much you could tangle your feet in it. It was an exciting and anticipated excursion to go gather it each year, and you had to be old enough to walk the well over half mile to get to it. I felt important to be included. I wore my buckle-up arctic boots, snowsuit, and red mittens with a matching knit hat. Mom picked as sunny a day as possible so that helped. Sometimes we rode to the woods in the horse drawn wagon with my father when he was cutting firewood in that area. These were the pleasant trips with little snow on the ground. 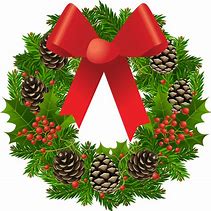 Sometimes what we then called a partridge (ruffed grouse) or two would fly up. If there was snow these birds would burst up out of the snow where they were hiding out of the cold with only a small opening for them to breath. This was startling and always unnerved the horses.

There were a couple of types of the ground greens that I learned were types of clubmosses. One was princess pine (Lycopodium obscurum), which looked like miniature pine trees that came up on a long viny root-like system, a rhizome. The other type was running pine (Diphasiastrum complanatum), which was less tree-like and had a more branching, denser form. This type also had a rhizome system a few inches into the soft ground and could be pulled up as a long rope. We carefully took only a small portion, so each year there was plenty left for future years. Now they are protected in New York State because of loss of habitat and over harvesting. Walking on the ground compacts the soil and the rhizomes do not spread. Sometimes there were Christmas ferns which stay firm and green under the snow through the winter, and the small, shiny leaved wintergreen berries. We had a lot of these too, especially near a large stand of hemlocks. I learned to find them and eat them. They have an intense wintergreen flavor which I love, but there are other similar berries that are not edible, so identify them correctly.

Coming out of the highest part of the woods was what we called the “bald spot” which at that time was an open cleared hilltop where sheep once grazed. It looked down on the farm fields, brook, barns, and house, and you could see all the way to Albany on a clear day, including the Helderberg escarpment.

We climbed down the wood road and under the giant oak tree in the south pasture and back home. On the way back to our barn we followed the lane where some of the small trees were covered with bittersweet vines, with orange-red berries. Mom would sparingly cut off small branches to decorate our wreath, to join some pine and hemlock cones plus acorns if available. The air seemed crisper and cleaner back then and we puffed out clouds of breath into the cold. At home, a wire coat hanger was bent into a circle with the hook left at the top, and the running pine was wound around it. Bittersweet and cones and maybe a few shiny ornaments were added. A red bow was attached, or red ribbon was wound through the greens. When finished it hung on the front door and welcomed all who visited.