GHENT—Vincent R. Bruno passed peacefully with family by his side, January 10, 2021.

Born March 30, 1939 in Brooklyn, he was raised in Wantagh, where he developed a life-long love of the ocean.

He is survived by: his wife, Lois (Klein) whom he married August 17, 1963; his sons, Stephen Vincent (wife Ann) and Michael Niels (wife Julie); his grandsons, Kristjan Michael, Anthony Michael, Alexander Vincent, and his favorite granddaughter, Adriana Grace. The oldest of four, Mr. Bruno was predeceased by his parents, Madeline A. and Joseph F. and his brothers, William J. and Joseph F.

In 1960, he started dairy farming in East Chatham and moved the farming operations to the present location in Ghent in 1966. He lived his life with the motto “If you are going to do something—be the best at it.” His dairy farm was perennially ranked one of the top in the state and at one point his cows produced the third highest herd average in the nation before being sold in 1994. The farm was converted to Bruno Farms Custom Feeds in 1995 where his son, Stephen and grandchildren worked by his side. He always greeted friends and customers alike with quick wit, a hearty laugh and a twinkle in his eye.

Mr. Bruno was blessed to wake up every day to work at something he loved. He loved the outdoors and continued to fish until the last days of his life. The question that plagued him until his final moments was “How you gonna catch fish like that?!”

No services will be held. His ashes will be scattered in a private ceremony by his family in the ocean. In lieu of flowers, his family requests that donations be made to Community Hospice whose members helped to make him comfortable in his last days.

Born April 26, 1928 in Hudson, she was the daughter of Steven and Susan Yablankai.

She worked for more than 40 years in the print department at Universal Match Corp. She was a devoted supporter of the New York Mets, was an avid bowler, loved Bingo, casino trips, and visiting the New Jersey shore.

Ms. Dallas was predeceased by: her son, Gary L. Dallas and her siblings, Steve, Joe, Mike, Pat, Gertrude and Susan.

Funeral services at the Bates & Anderson-Redmond & Keeler Funeral Home are set for Wednesday January 13 at noon. A visitation hour from 11 a.m. to noon will precede services. Interment will be in Cedar Park Cemetery. In lieu of flowers, contributions in her memory are encouraged to be made to the Columbia/Greene Humane Society.

He was a master diesel mechanic for Red Star TNT in Glenmont. He served in the United States Army honorably from 1961 to 1967 stationed in Kentucky and Germany.

He loved watching television, racing at Lebanon Valley and socializing with his friends at Bob’s Restaurant.

Mr. Rivenburg especially loved teasing and joking around with his grandchildren. His rough exterior definitely camouflaged his soft and kind interior.

In addition to his parents, he was predeceased by a brother, Richard, and father-in-law, Harry Knott.

The Rivenburg family thanks the nurses on the Telemetry Floor at CMH for their heartfelt care and compassion during this most difficult time.

A Memorial Service honoring Mr. Rivenburg’s life will be held Sunday, January 17, 2021 from 3 to 5 p.m. at the Stockport American Legion. Interment will be in the Gerald B.H. Solomon National Cemetery in Schuylerville.

Born May 10, 1951 in Pittsfield, MA, to the late Henry A. and Minnie E. Hatfield Moshimer, he grew up in Canaan and attended Chatham Central High School.

He served in the U.S. Army in the Vietnam War. After returning to Canaan, he worked at General Electric in Pittsfield. He later moved to Vermont beginning his career as an electric lineman with IBEW42. His career took him all over the U.S. and he made many friends along the way. After retiring, he enjoyed hunting, fishing and flying RC airplanes with Rutland County RC Fliers and riding his Harley. He often visited family and friends in Canaan. Four years ago he bought an RV camper and spent winters in Livingston, TX. While in Texas he made many friends and joined American Legion Post 402 and the Legion Riders.

He is survived by: his brother, Brent (Linda) Moshimer of New Lebanon; nephew, Brent (Demetria) Moshimer, Jr.; niece, Becky and great-nephew, Lane Moshimer, all of Stephentown. He is also survived by many cousins including his sidekick, Bill Moshimer.

He was predeceased by his brothers, Ricky, Brian and Roger.

There will be no calling hours and he will be buried in the family plot at the Canaan Cemetery. A celebration of Mr. Moshimer’s life will be held in the spring. In lieu of flowers donations in his name may be made to the American Legion Post 404, 6330 190 West, Livingston, TX 77351. Condolences may be conveyed at frenchblasl.com.

HUDSON—Constance E. Gohl, 68, of Livingston died Wednesday, January 6, 2021 at Columbia Memorial Hospital. Born in Hudson, December 16, 1952, she was the daughter of the late Everett H. and Margaret E. (Garrison) Stalker.

She was a cashier at the Hannaford Grocery Store in Livingston.

She is survived by: her brother, Rick Ellis of Livingston; one sister, Margaretann Hart; grandchildren, Jessica E. and Alexander Ellis as well as one great-granddaughter, Trinity Vitellaro. Services are private. Arrangements are with the Sacco Funeral Home, 700 Town Hall Drive, Greenport. To leave online condolences visit www.saccofuneralhome.com

Born in Biesenthal, Germany, December 26, 1933, she was the daughter of the late Paul and Johanna (Schulz) Helmbrecht.

She was a registered nurse working alongside her late husband, Dr. Carmen Prunetti, who died in 2014.

She is survived by: one sister, Dagmar Morris. She was predeceased by siblings, Waltraut, Johanna, Renate and Marianne. There are no calling hours. Services will be announced. Burial will be in Ghent Union Cemetery. 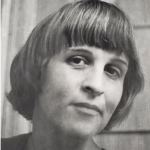 CASTLETON-ON-HUDSON—Patricia (Buechler) Blau of Valatie passed away January 1, 2021 at the Riverside Center for Nursing and Rehabilitation.

She was born on October 13, 1933 in Schenectady. She spent the early part of her life in Scotia and Schenectady. She later relocated to New York City where she spent most of her adult life working as a registered nurse.

She loved reading, art and horses. She was most at home with a good book and a cup of tea.

She is survived by: her daughter, Patty (Blau) Renaud and son-in-law, Skip; her son, Tom Blau and daughter-in-law, Resa Dimino; her grandchildren and great-grandchildren.

A memorial gathering will be planned at a future date.

Arrangements are by Simple Choices, Inc.

To leave a message for the family visit: SimpleChoicesCremation.com

He was born in Slingerlands and spent his childhood in the Albany area. He was attracted to the theater and performed with many local theatrical groups in the Salem, MA, and Schenectady areas.

He is survived by: his brothers, Christopher Laurie and Keith Laurie; sister, Pamela Donahoo; several nieces and nephews. Donations in his name may be made to the Columbia-Greene Humane Society, 111 Humane Society Road, Hudson 12534. Arrangements are under the direction of the Raymond E. Bond Funeral Home, Valatie.