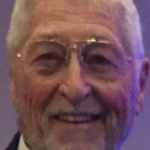 He was born December 8, 1936 in Hudson, the son of the late Mary (Super) and Joseph Canape.

“Tom” was a friendly, happy guy who loved the outdoors and spending time with family and friends. An accomplishment that he spoke of often was his winning his hometown’s Soap Box Derby race, driving a car sponsored by his father’s business—Canape Bros. He graduated from Hudson High School in 1954 and for a time worked with his father, Joe and his uncle, Lou Canape at the car dealership. He especially enjoyed hunting and fishing with family and friends. They often traveled on “the bus,” a converted school bus turned into a mobile home so they would have comfortable facilities on their trips north to hunt or fish.

He loved working with youth and became director of the Hudson Blue Anchor (1957 to 1963) giving area teens a safe place to meet and have fun. He left Hudson to continue his education at the State University of New York in Oswego and also worked for the J.C. Penny Company in sporting goods. His success there landed him a managerial position with the Winchester Rifle Company, which took him across the country to many western locations, including Tempe, AZ, where he continued his education at Arizona State University. Winchester ultimately transferred him to Billings, Montana, where he quickly became a popular guy and the area’s most avid sportsman, even opening a sporting goods store with his son, Thomas, Jr.

When Mr. Canape retired he worked for a number of businesses, became a teachers’ aide, volunteered at various organizations and at his church and continued his hobbies of hunting and fishing, fly-tying and going to gun shows.

In addition to his wife and parents, he was preceded in death by his grandson, Craig Canape. He is survived by: his children, Patti Erickson (Neal) of Billings, MT, Thomas Canape, Jr., (Susan) of Laurel, MT, and Joseph Canape (Jamie) of Yakima, WA; his sisters, Barbara (Canape) Pough (the late, George Pough) of Ghent, Lucille (Canape) Whelan (Robert) of Valatie, and Christine (Canape) Abitabile (Philip) of Hudson. He will be greatly missed by his grandchildren, Tony Canape (Alyssa) of Butte, MT, Megan Canape of Seattle, WA, Jennifer Canape of Laurel, MT, Matt Erickson (Kristi) and Katey Gilbraith (Andrew), all of Billings, MT; and his great grandchildren; several cousins, nieces and nephews, as well as a large extended family.

Private services were held in Billings and a celebration of life is being planned for this summer. In lieu of flowers, donations may be made to Pike Masters, include in the memo “Tom Canape, Sr.” and send to: Western Security Bank, 2675 King Ave West, Billings, MT, 59102. Mr. Canape loved helping out with their youth program getting kids set up with fishing equipment and taking them out fishing. 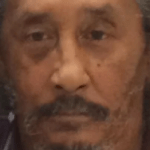 Born in Tuskegee, Alabama, February 2, 1947, he was the son of the late Edward and Willie Ruth Walker.

He was a migrant worker throughout Columbia County for many years.

He is survived by: one son, Stacy Walker; baby girl, Stelonda Weathersbe and many dear friends in Hudson. Arrangements were with Sacco Funeral Home, Greenport. To leave online condolences visit www.saccofuneralhome.com.

SAUGERTIES—Leonardo “Lenny” B. Cornacchia, 83, of Snyderville passed away January 13, 2021.

Born April 21, 1937 in Tuckahoe, he was the son of Rocco and Stella (Pitturo) Cornacchia.

Mr. Cornacchia retired from the New York State Thruway Authority as a toll collector after 30 years of service. He was a proud member of the International Brotherhood of Teamsters Local #72 where he served as shop steward and president. He was an avid builder, accomplished gardener, and loved music and attending concerts.

A funeral service was held January 16 from the Bates & Anderson-Redmond & Keeler Funeral Home. Interment in Gate of Heaven Cemetery, Valhalla will be private. 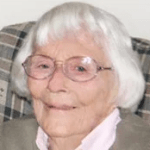 Born in Hudson to Robert “Roy” and Clara (Schumann) Storms, she was predeceased by her husband, Albert; daughter, Tracy Osswald; sisters, Catherine Faatz and Evelyn Weaver.

“Amie,” as she was affectionately known by her grandchildren, loved spending time with them. She enjoyed playing bridge, knitting, watching golf and tennis matches and the New York Yankees. Many who knew her described her as a special lady—beautiful both inside and out.

At her request, there will be no viewing. A Mass of Christian Burial was celebrated January 19, 2021 from Holy Trinity St. Mary’s Parish in Hudson. Interment will be in Cedar Park Cemetery.

Because she was a woman of great faith, to honor her memory, contributions may be made to Holy Trinity / St. Mary’s Parish. 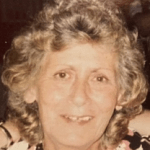 Born December 10, 1945, in Rhinebeck, she was the daughter of the late William and Josephine (Simmons) Dunn. She was a 1964 graduate of Tivoli High School in Tivoli.

For many years, “Pat” worked as an assembler with Schatz Federal Bearing in Poughkeepsie. She also did housekeeping in the Northern Dutchess area.

She was a longtime member of St. Paul’s Church in Tivoli and served on the vestry. She was a member of Order of Eastern Star from Monumental Lodge, and the Ladies Auxiliary at Harris Smith Post, both in Tivoli. She served on the Tivoli Village Board for 10 years and on the Red Church Cemetery Board of Directors.

In addition to being active in her community, she enjoyed gardening, gambling, and was an avid animal lover and would often take in stray pets.

She is survived by: her loving children, David (Sara Wade) Hogan of Cairo and Beverly Hogan of Tivoli; her siblings, Owen (Sherry) Dunn of NC, Robert (Jennifer) Dunn of Germantown, Eleanor “Bunny” Kolbinskie of Red Hook, John (Karen) Dunn of Clarence, Josephine (Steve) Zacharzuk of Red Hook, Foster Dunn of Rhinebeck; her half brother, Chris Dunn of Georgetown, TX; her sister-in-law, Kathy Dunn of Germantown; her grandchildren, Quinn, Kyra, Richard and Isabella all of Cairo; along with numerous nieces, nephews, extended family and friends. She was predeceased by her son, Richard J. Hogan, Jr., in 1977; and her siblings, William Dunn, Mary “Mike” Davis, and Elaine Dunn.

ALBANY—Robert Louis Ernst, III, of Chatham passed away January 15, 2021 at Albany Medical Center after a long illness. He was born November 12, 1968 in Albany to Robert Ernst, Sr. and Juanita (Thomas) Ernst.

He attended school in Chatham and graduated from Westlake High School in Ohio before returning to the Chatham area. He worked at Sonoco Crellin Plastics and Columbia Boxboard in Chatham, as well, as for the Taconic Hills School District. He was a devoted father and grandfather, and an avid Giants and Yankees fan.

A celebration of his life will be held at a future date.

Arrangements are with Simple Choices, Inc. To leave a message for the family visit SimpleChoicesCremation.com

He was a Navy veteran who served his country honorably during the Vietnam War.

He is survived by: his sons, Aric C. (Melissa) Wambach of Valatie and Justin M. (Nicole) Wambach of Wynantskill; sister, Anni Wambach of SC, and a cousin, Wolfgang Wambach of NC. Relatives and friends called at the Thomas P. Mooney Funeral Home, 11 Elm Street, Nassau, January 15, 2021.