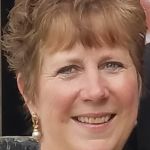 NIVERVILLE—Michele M. (Gagnon) Rigney passed through the gates of heaven January 19, 2021 at home with her loving family by her side after a long courageous battle with breast cancer.

She was born December 20 1961 and was a Christmas gift to her parents, the late George and Jeannette Gagnon.

She attended Keveny Memorial Academy in Cohoes and graduated from Hudson Valley Community College in 1982 with an associate’s degree in dental hygiene, which she happily practiced for more than 37 years.

She loved her job and all of the wonderful patients and co-workers she was privileged to meet and help along the way. She enjoyed staying active in cheerleading and running track in high school, running the Freihofer’s 5K for many years, roller-blading, hiking, camping, kayaking, cross-country skiing, Yoga, Zumba, Pilates and just plain walking.

Mrs. Rigney was a communicant of St. James Church in Chatham. What she truly loved most was her family and spending time with them.

She was the adored wife of Thomas Rigney for 36 years; a loving and attentive mother to Shalagh and Devin Rigney; “the middle monkey (hear no evil)” between her sisters, Claudette (Ed) Szostak and Nicole (Joe) Becker and niece to her aunt, Jean Favreau. She is also survived by many nieces and nephews, extended family and loving friends. Mrs. Rigney is also predeceased by her uncle, Larry Favreau and her nephew, Michael Szostak.

A Mass of Christian Burial was celebrated January 23, 2021 at St. James Church in Chatham. Burial followed in St. Joseph’s Cemetery, Waterford. In lieu of flowers, memorials may be made to Community Hospice of Columbia/Greene, 47 Liberty Street, Catskill 12414 or to the Columbia-Greene Humane Society, 111 Humane Society Road, Hudson 12534. Arrangements were with the Raymond E. Bond Funeral Home, 1015 Kinderhook Street, Valatie. 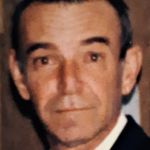 Mr. Fuss was predeceased by his parents; his daughter, Cathy A. Fuss and his older brothers, John H. Fuss, Sr., and Ralph D. Fuss. He is also survived by many nieces and nephews and his beloved cat, Little Girl.

He attended and graduated from Chatham Central Schools. He and his wife, Barbara were married in 1959 and began a family. Mr. Fuss worked many years at Streaters Incorporated and eventually began his own construction company. He built homes all around the local area leaving it a better place with beautiful homes for generations to come. After retirement he served the Town of Ghent as building inspector and code enforcement officer. He was known as kind and fair in his position. His next adventure was creating natural, rustic cedar home pieces and Adirondack furniture. Each piece was individual and unique, reflecting himself in each. Until just recently, he could be found in his woodworking shop working on a project or milling cedar on his sawmill.

He was a lifelong member of the Ghent Rod and Gun Club where he chaired the fishing derby for many years. He could always be found there helping to weigh a fish, untangle a line or simply give his smiling approval to a young fisherman when showing off their catch.

He will be fondly remembered as “Dad”, “Grampy” and “Richie” by his family, who will dearly miss him. Being an avid hunter and outdoorsman, he had many friends that he spent hours with, as they pursued their love of nature, they often referred to him as “Captain” and they too will miss him greatly.

For more than 50 years the Adirondacks were a retreat for Mr. Fuss and his family—going to their camp, fishing in the streams, exploring the mountains, hunting the wooded areas and enjoying the simpler days on a calm lake or a drive along its shores.

Services will be held at the Raymond E. Bond Funeral Home, 1015 Kinderhook Street, Valatie. Calling hours will be Thursday, January 28, 2021 from noon to 2 p.m. with a service following, immediately after the service all are welcome to join the family at the Ghent Union Cemetery. In lieu of flowers, donations may be made to the Valatie Rescue Squad. 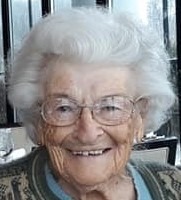 She worked at M. Solomon Furriers for more than 40 years and served as the tax collector for the Town of Nassau for 44 years, retiring at 90. She belonged to the Order of Eastern Star attended Kinderhook Reformed Church and had belonged to the Nassau Republican Club; the United Methodist Women and had been a Sunday school teacher. She enjoyed bowling and Yahtzee. She loved her family dearly and they all loved and cherished her.

She was predeceased by: her husband, Clifford; brothers, Walter, Stanley, Joseph Czapluk and stepson, William Metzger.

Interment was January 25 at the Old Chatham Union Cemetery with an Eastern Star service.

In lieu of flowers donations may be made in her memory to: OES Foundation, Grand Chapter Office Room 106, Pounder Hall, 1400 Utica St, Oriskany 13424 or Capital City Rescue Mission, Albany. Arrangements are with the French, Preiter & Blasl Funeral Home. Condolences may be conveyed at frenchblasl.com

“Jeff” was U.S. Army veteran and was employed by Ebel Box in Schodack as a truck driver for 18 years. He was a member of the Hudson Valley Old Time Power Association and the Hendrick Hudson Fish and Game Club.

He is survived by his companion, Becky Becker.

A graveside service for the family will be held in the spring at Schodack Landing Cemetery. There are no visitation hours. Arrangements are under the direction of the Raymond E. Bond Funeral Home, Valatie.

The only child of Clayton James Rosekrans and Angie Katherine Cowell, he was born August 22, 1919 at the Rosekrans family homestead in Erin, NY. He met his wife to be Elma and the couple were married August 17, 1941 at Taughannock Falls in Ithaca.

He graduated from Horseheads High School in June 1938 and attended the New York State College of Agriculture at Cornell in Ithaca. He maintained the Rosekrans farmstead, a Chemung County Century Farm in Erin for many years and served as Erin town councilman. In addition to farming Mr. Rosekrans also worked for the Remington Rand Typewriter Company in Elmira and was employed for 25 years with the Phelps Dodge Corporation in South Brunswick, NJ.

No matter where he lived his love for agriculture and gardening always showed through. In the backyard of his little house in the NJ suburbs, on his farm in Homer or even by tilling up the lawn outside his retirement building in Dryden; he was always finding a place to plant vegetables and flowers.

He was a Christian and was baptized in The Church of Jesus Christ of Latter-Day Saints.

Funeral services will be private at the request of the family. In lieu of flowers, donations may be sent to: Dryden Grange, 62 Yellow Brick Road, Freeville 13073 or Dryden Senior Citizens, P.O. Box 754, Dryden 13053. He was born October 4, 1936. In his younger days he might be caught racing his Model A on his lunch break or singing barbershop with “The Outhouse Quartet.” He was a veteran serving in the Navy during the Korean War. He loved antique cars and mentoring young enthusiasts. In retirement he could be found in his garage working on his 1931 Model A Ford, telling stories and corny jokes.

His educational background included an electrical engineering degree from Lowell Tech, landing him a position at GE.

His passion for math led him to a career in teaching and was known for giving real-life lessons. He was always teaching someone something. He taught school at Berkshire Farm for boys, High Mowing School in Wilton, NH, and finished his career at the Darrow School in New Lebanon.

In lieu of flowers, donations may be made to Albany Stratton VA. For online condolences visit wenkfuneralhome.com

Born February 5, 1936 in Harpersfield, she was the daughter of the late Alton G. and Hilda E. (Frayer) Bruce.

She was a sewing-machine operator for Kadin Brothers in Hudson for many years.

She is survived by: her husband, Richard R. Kilmer; five children, Teresa Bagner of Wyoming, Bruce Thorne of Ravena, Hope Ebel of Niverville, Larry Kilmer of Freehold and Laura Shook of Altamont; three sisters, Alta Fairchild Sutton, Sharon Herzog and Mary Hornauer and several grandchildren, nieces and nephews. She was predeceased by her son, Timothy Thorne.

A graveside service for the family will be held in the spring at Woodlawn Cemetery, Valatie. There will be no visitation hours. Memorial contributions may be made to St. Jude’s Children Research Hospital, Memorial Processing, 501 St. Jude Place, Memphis, TN 38105-9959. Arrangements are under the direction of the Raymond E. Bond Funeral Home, Valatie. 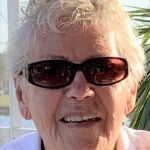 She was born in Hudson, May 6, 1934 to Percy Mambert and Martha (Schmidt) Mambert.

She grew up in Churchtown, where she and her younger sister, Pat helped with the family chores and entertained themselves on the small farm.

She attended Roe Jan Central School in Taghkanic where she graduated in 1952. She loved basketball and after graduating from school played in a women’s travel league where her team achieved championship status.

Mrs. Kipp worked as a personal secretary at the Universal Match Factory in Greenport. In the mid 1960s she and her husband, David opened the Niverville Package Store, which she managed along with raising her four young sons. They sold the business in 1976 and Mrs. Kipp became a sales representative for a regional retail grocery distributor in Albany, which led to her employment with General Mills Foods. She enjoyed her position with GM and all the people she worked with. One of her proudest moments was being named Regional Sales Representative.

She was a lifelong member of the Valatie Rescue Squad where she served as an EMT as well as an EMT instructor. She was an active member of the Kinderhook Elks Club. Upon retirement she and her husband traveled in their motor home exploring the United States and meeting many new friends from around the country. After the death of her husband, Mrs. Kipp continued to travel in the winter months eventually making Dania Beach, Florida, her winter home for many years. She loved the beach, ocean and sun.

She is survived by: her sister, Patricia DeGroff of Ghent; her four sons, Douglas Kipp of Valatie, Russell (Grace) Kipp of CT, Stephen (Debra) Kipp of Chatham, Michael (Tamara) Kipp of FL; her grandchildren, Jillian (Eric) Wied, Abbey (Shaun) Closson, Mackenzie, Emma, Jonathan, Steven, Christopher, Justin (Hannah), Aaron, Erika, Garrett (Emily) and seven great-grandchildren. She was predeceased by her parents and husband, David. Memorial donations may be made to Valatie Rescue Squad. A private family burial will be held at Woodlawn Cemetery. Arrangements are under the direction of the Raymond E. Bond Funeral Home, Valatie.