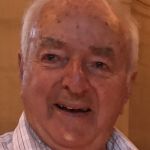 Born August 5, 1932 in Chatham, he was the son of the late Robert and Pauline (Welch) Ross.

Mr. Ross served in the U.S. Army and retired from the Hudson Post Office after 31 years of service. He spent his retirement with his loving family and his beloved Shetland Sheepdogs, Max and Andy and his Poodle, Smokey.

His favorite hobbies included fishing, spending time with friends at the harness races in Saratoga and watching every baseball game he could, especially the Boston Red Sox.

In lieu of services, the family will host a Celebration of Life on what would have been his 89th birthday in August. Further information will be forthcoming from the family. Arrangements are under the direction of the Raymond E. Bond Funeral Home, Valatie. To send condolences visit raymondbondfh.com.

She was born August 17, 1922 in Philmont to George and Mabel (Wildermuth) Stark.

She graduated from Chatham High School. Shortly thereafter, she met her future husband, Irving Welch at the 1811 Inn, an establishment that her father owned in Chatham.

Mrs. Welch worked as the manager at the Chatham Bakery for more than 30 years. She loved her job and her patrons.

She also enjoyed gardening and politics. She was so proud she was able to vote in the 2020 presidential election. 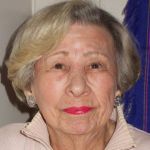 PITTSFIELD, MA—Ruth Abramson died peacefully at Springside Nursing and Rehabilitation, January 12. At the age of 102, she was the oldest member of the Chatham Synagogue, as well as being the mother of long-time TCS/NT members, Steve Abramson and Jody Schoenfeld.

Born in Brooklyn, she lived in Riverdale most of her life before moving to Columbia County to be near her children. A vibrant woman with a ready smile she graced many synagogue events with her presence. She will be remembered for her friendly personality and impeccable sense of style and “we will miss her warmth and graciousness.”

She was predeceased by her husband, Sol of 62 years in 2002, and will be lovingly remembered by her two children, four grandchildren and seven great-grandchildren.

Donations may be made to the Chatham Synagogue. Condolences may be conveyed to frenchblasl.com. 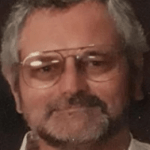 CLAVERACK—Wayne T. Morgan, Sr., 76, of Claverack passed away peacefully at his home in the early morning hours of Wednesday January 13, 2021.

Born in Poughkeepsie, January 11, 1945, he was the son of the late Thomas and Gloria (Hiesler) Morgan.

Mr. Morgan is survived by: his sons, David A. Morgan and Wayne T. Morgan, Jr.; two daughters, Starlene and Sandra Morgan; two brothers, Art Morgan and Louis Doughty. He was predeceased by his wife, Marjorie; his daughter, Brenda; a brother, Dennis and sisters, Maureen and Raejo.

Memorial service arrangements are incomplete and will be announced at the People’s Bible Church of Claverack.

She was born March 28, 1927 in Rockville Center, to the late Fredric and Thelma (Holland) Shipman.

They moved to Copake Falls where they owned and operated to Taconic Wayside Inn for many years. It was there she met her husband, James and started their family in Ancram.

Mrs. MacArthur was a lifetime member of the Ancram Fire Company Auxiliary where she was very active in support of firefighters during major fires, fundraising and social events. As a bartender for many years, she made a large amount of friends and brought joy to many. She was the life of any party. She enjoyed going on many trips with her lady friends. What she loved the most was when the entire family would get together on the holidays and especially her dinner nights with the grandkids.

Friends are invited and may call Tuesday, January 19, 2021 from 3 to 6 p.m. at the Peck and Peck Funeral Home, Route 22 in Copake. Wear a mask and practice social distancing for the safety of all.

A private service for family will be held January 20 followed by interment at Union Cemetery in Ancram.

In lieu of flowers and in her memory donations may be made to St. John’s Lutheran Church, 1273 County Route 7, Ancram 12502. To send an online condolence visit www.peckandpeck.net. 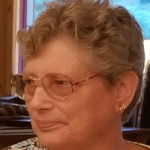 STOTTVILLE—Carolyn J. Wheeler of Stottville went home to her Lord January 14, 2021 with her daughters by her side. She was born in Hudson to parents George and Marion Jane Schunk. She worked in Barnwell for many years, first as an aide, then in housekeeping, and even after retirement took care of her mother there.

She was a member of Clearview Christian and Missionary Alliance Church in Castleton. She enjoyed filling Operation Christmas Child shoe boxes, listening to and identifying birds, and spoiling her grandsons.

She is survived by: her daughters, Christine (Jeff) Whitcomb of Grafton, Wendy (Peter) Rowe of Livingston; brother, Gregory (Nancy) Schunk of Valatie; sister, Kathy Schunk of Stottville; brother, Michael Schunk of Valatie and two grandsons, Simon Rowe and Logan Rowe. The family extends its gratitude to the doctors and nurses in the MICU of Albany Medical Center. In lieu of flowers, donations may be made to Clearview Christian and Missionary Church, 275 Schodack Drive, Castleton 12033 to be used for Operation Christmas Child. Funeral services will be private. A burial and memorial service will be held in the spring. Arrangements are under the direction of the Raymond E. Bond Funeral Home, Valatie. To send condolences visit raymondbondfh.com. 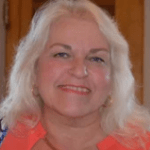 CLAVERACK—Linda M. Gambino, 66, of Claverack passed away January 17, 2021 in the comfort of her own home with her family by her side, following a courageous and inspirational battle with cancer.

Born in Valhalla, July 9, 1954, she was the daughter of the late Clifford and Florence (Prior) Decker.

She graduated from Taconic Hills in 1972 and continued her education at Columbia-Greene Community College. Immediately after earning her degree, she began her career at the Social Security Administration in Hudson, where she worked for 40 years. She was a hard worker who always fought to get people the benefits they deserved. She was well-known for her helpful and caring personality as well as her warm, cheerful smile, which would light up any room.

A woman of grace, she always had a positive outlook and never complained. She looked for the best in people and situations. She always put others first, thanked everyone and made them feel appreciated. “She was just perfect!”

Mrs. Gambino met her husband, Joe in 1972. They were engaged for one year before getting married. They celebrated their 46th wedding anniversary last June.

She is survived by: her loving husband, Joseph; her wonderful daughters, Amy (Todd) Beaudoin and Lisa (Mike) Evans; she was the proud “Nana” of her two fun-loving granddaughters, Madelyn and Lila Beaudoin.

Her greatest pride and joy was seeing both of her daughters get married. She loved every minute spent with her family and friends. She enjoyed shopping trips, family celebrations, vacations, taking long walks and having fun.

In lieu of flowers, donations may be made to Columbia/Greene Community Hospice, 47 Liberty Street, Catskill 12414. To leave online condolences visit www.saccofuneralhome.com

ALBANY—Doris E. Bollbach, 91, of Valatie passed away peacefully January 16, 2021 at St. Peter’s Hospital following treatment for Covid-19 pneumonia and other complications. Born in Brooklyn, April 13, 1929, she was the daughter of the late Elmer Youngquest and Betty Corcoran Youngquest.

She grew up in Brooklyn and settled in Freeport to raise a family. Upon her husband’s retirement, she relocated to her home on Kinderhook Lake, Valatie. This is where she would enjoy her time on the lake, working in her garden and taking care of her beloved dogs. Surviving are: her son and daughter-in-law, Jeffery E. Bollbach and Barbara Sussman Bollbach of Freeport; daughter and son-in-law, Lori E. Bollbach Herzing and Louis Vincent Herzing of Valatie and one grandchild, Lissa J. Herzing. She was predeceased by her loving husband of more than 62 years, James E. Bollbach; her loving, brilliant and creative grandson, Alexander S. Bollbach and her brother, Elmer Youngquest. In lieu of flowers, donations may be made to Mohawk Hudson Humane Society, 3 Oakland Avenue, Albany. A private Memorial Service will be held in the future for family and friends when it is safe to gather. Arrangements are under the direction of the Raymond E. Bond Funeral Home, Valatie. To send condolences visit raymondbondfh.com.

When he returned home he was a truck driver for Harts Express. Then in 1954 he began his career with the Universal Match Company until they closed in 1988. He was the Town of Greenport Planning Board chairman and was instrumental in the effort to re-introduce the cement industry to Hudson, as well as developing the Walmart Center in Greenport. He was an avid sportsman, shad fisherman and great deer and duck hunter.

He will be greatly missed by: his loving wife of 62 years, Madeline (Tamburro) Super; two sons, Brian (Samantha) Super, George A. Super, Jr.; his brother, Paul Super and one grandson, Adam.

Calling hours will be held Wednesday, January 20, 2021 from 3 to 6 p.m. at the Sacco Funeral Home, 700 Town Hall Drive, Greenport. A Mass of Christian Burial will be celebrated Thursday, January 21 2021, 11 a.m. at the Church of St. Joseph, Stottville. Burial will follow in Cedar Park Cemetery. In lieu of flowers, memorial contributions are requested to St Jude’s Children’s Research Hospital. To leave online condolences visit www.saccofuneralhome.com