PORTER CORNERS—Darren Paul Rybka, Sr., 54, of Porter Corners was taken to his eternal resting place January 22, 2021 after losing his fight to Covid-19.

He was predeceased by his brother and best friend, John M. Rybka, Jr., who was also granted eternal rest January 4, 2021.

He was born in Hudson to John, Sr., and Pamela (Davis) Rybka, February 4, 1966. He graduated from Ichabod Crane in 1984, where he was a four-sport athlete. After graduation, he immediately enlisted in the United States Army, where he served until 1987, doing a tour of duty in Korea. He was currently as a senior project manager with Creative Sports Concepts.

Mr. Rybka, along with his two sons—all with a love for horses—partnered in owning, training and racing harness horses.

He was a loving father to two sons, Darren, Jr. and Steven, both of Saratoga. He is also survived by: his parents, John and Pamela Rybka of Kinderhook; a sister, Michelle Pullen (Michael) of Palmetto, FL; his significant other of nine years, Kelly Clark of Porter Corners; his nephew, Jeremy (Solomia) Pullen; his nieces, Alli (Mavist) Frederick and McKenzie Rybka; his great-nieces Milah and Paisley; and his godmother, Maryann Kovalich of Hudson. He was predeceased by both his paternal and maternal grandparents, Michael and Claire Rybka and Maurice and Katharine Davis.

There will be a celebration of life for both Darren and his brother, John in the future. Arrangements are under the direction of the Raymond E. Bond Funeral Home, Valatie. 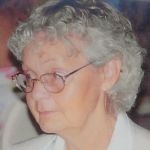 Born January 10, 1932 in Great Barrington, MA, she was the daughter of Richard Rossman, Sr., and Clara (Barnum) Rossman of Chatham.

She was a longtime, active member of the Hudson Kingdom Hall of Jehovah’s Witnesses. She was formerly married to Richard Brown, Sr., who predeceased her.

Mrs. Brown was a dedicated member of her congregation and a loving mother and friend.

She will long be remembered for her loving manner, her upbeat personality, her sense of humor, her generosity of spirit, and her devotion to her religion and friends. She will be sorely missed by all who knew and loved her.

CANAAN—Walter Elgin Beck, 73, passed away peacefully at home January 21, 2021 under the care of hospice.

He will be sadly missed by all who knew him and his companion, Daisy.

There are no services planned at this time. 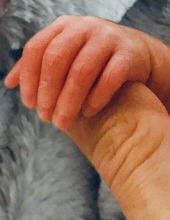 ALBANY—One-month-old Taz Damian Snyder, the infant son of Jeffery and Lola Snyder, passed away peacefully in the arms of his loving parents Saturday, January 16, 2021 at the Children’s Hospital at Albany Medical Center.

He was born December 16, 2020 at Saint Peter’s Hospital, Albany, prematurely at 26 weeks weighing only 1 pound 14 ounces. “Although he was only with us for a short while he touched the hearts of so many. He will be missed dearly and will forever be in our hearts.”

His loving family includes: his parents, Jeffery and Lola Snyder of New Lebanon; his sister, Jacqueline Loucks; his brothers, Nathaniel Loucks and Damian Snyder; his grandparents, Richard and Linda Snyder of Medusa and Kenneth Reese of Millerton, PA; his aunt, Jessica Reese and his uncles, Christopher Snyder and Jason Reese; his cousins, Eric, Timothy, Andrew, Mikayla, Grayson and Carsyn.

Taz was predeceased by his infant cousin, Christopher Corlew.

“While they appreciate your continued love and prayers Taz’s family plan on celebrating his life and mourning privately.”

Condolences may be conveyed at frenchblasl.com 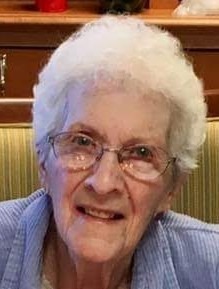 She was born January 17, 1928 in Spencertown, the daughter of the late Elvin and Mrytle (Westover) Barden. She attended Chatham Central School and was a communicant of St. Peter’s Presbyterian Church in Spencertown. She was a member of the Tri-Village Senior Group and the Chatham-Ghent Seniors.

Mrs. Goodrich was predeceased by her husband, Lloyd K. Goodrich in 1992 and her siblings, Harold Barden, Irene Skinner, Edwin Barden and Clara Yerick.

A graveside service will be held Saturday, January 30, 2021, 1 p.m. at St. Peter’s Cemetery in Spencertown. Attendees should practice social distancing and wear masks at the cemetery. There will be no calling hours. In lieu of flowers donations may be made to Columbia-Greene Humane Society or St. Peter’s Presbyterian Church. Arrangements are with the Raymond E. Bond Funeral Home. 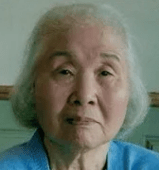 She was a seamstress for several local clothing and department stores in Hudson. Her expertise led her to managing the Style Fabric Store in Fairview Plaza. She loved gardening, and was a member of the Greenport Garden Club.

Interment in Cedar Park Cemetery will be private and at the convenience of the family. Memorial contributions are encouraged to be made to Columbia/Greene Community Hospice. Visit www.batesanderson.com to leave condolences.

Born in 1927, she was the daughter of Salvatore and Carmela Lomino. She lived in Manhattan and worked as a seamstress until her marriage to Cecil Ryman in 1952. They moved to Hudson to raise a family and she worked for the Hudson City School District. She enjoyed working there and made many lifetime friends.

Mrs. Ryman was a member of the Greenport Senior Citizens and the Church of Saint Joseph in Stuyvesant.

She will be missed by her family for being a wonderful mother and grandmother who loved sharing many special events and serving a home-cooked meal to everyone. She enjoyed baking, sewing and traveling with her husband and family.

Private services will be held for the immediate family.

Born June 12, 1929 in Glenco Mills, he was the youngest child of the late John and Eva (Zemcik) Havlik.

He was a 1947 graduate of Hudson High School. After high school he worked for Foster Refrigeration, and then for Columbia County, in the maintenance department, retiring in 1991. He served as the 4th Ward Alderman for the City of Hudson from 1968 to 1973 and 1977 to 1981. He was also a member of the Hudson Community Development and Planning Agency from 1978 to 1979.

Following his retirement, he took up walking. Every day, through every season, he could be seen walking 7 miles all over town. He would stop and chat with old friends and new, wave to those who beeped. Even as his health began to fail him, only a few short years ago, his goal was always to get back out on his walks.

He was a life-member of the Federation of Polish Sportsmen, where he lent a hand with events.

A big fan of the Glenn Miller Band, he was thrilled to attend their concert in October 2019.

There was nothing more important to him than family. No reason was too small to get together and he was always there front and center with his big smile and the best laugh in the world.

At the request of the family, services and interment at Cedar Park Cemetery will be private. In lieu of flowers, consider donating to the Office for the Aging, ATTN: Meals on Wheels,

HUDSON—It is with great sadness that after a long illness, his family announces the passing of their father, James “Poppy” Everts December 23, 2020.

He was a lifelong resident of Hudson. He attended Hudson schools, and went on to honorably serve as a medic in the United States Army. After his retirement from Ulster County, Mr. Everts worked on “The Farm” Don Baker and Sons. He loved to be at the farm and farmer’s markets. He loved to interact with people and animals, and school everyone with his vast knowledge of apples.

His greatest love was his grandchildren and great-granddaughters. He loved to spend time at the park with them. He was very proud of all of their accomplishments, and always attended recognition ceremonies. He loved a party.

“Jim” enjoyed hunting and fishing and spending time with his many friends at the river. He knew all of the barges and their travel schedules.