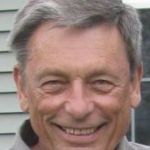 Born December 2, 1941 in Peekskill, he was the son of the late Peter Edward and Nora (Scott) Volkmann.

He was a paid fireman for the City of Peekskill for 35 years. He was a past president of the Centennial Hose Company in Peekskill. His grandchildren, Jaycee and Peter were his pride and joy. He never missed any of their sporting events.

He is survived by: his wife of 59 years, Jan (Murden) Volkmann; one son, Peter Volkmann, III, (Layne) of Stuyvesant; his sister, Alvara Tompkins of Poughkeepsie; his grandchildren, Jaycee Volkmann and Peter Volkmann, IV; several nieces and nephews.

A private graveside service will be held at Assumption Cemetery in Cortlandt. There will be no calling hours. In lieu of flowers, contributions may be made to the Ichabod Crane Riders Booster Club, P.O. Box 658, Kinderhook 12106. Arrangements are with the Raymond E. Bond Funeral Home, 1015 Kinderhook Street (Route 9), Valatie. To send condolences visit raymondbondfh.com.

An artist in stone, wood, word and song his countless creations are scattered throughout Columbia County and the world at large. His exuberance, passions and communion with both the natural world and the human beings within it inspired and informed so many. He showed us all how to be more alive. For him, wonder came naturally.

“Thank you Chris, brother, son, uncle, friend and bright burning light. Pied-piper, contemplative, and revolutionary you did not let hypocrisy rest easy nor any of us within it. You sang your song and we heard you. Rest in peace.” 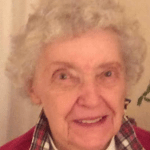 CHATHAM—Helga Hincenberg passed away peacefully December 28, 2020 at the end of what she called a “long and beautiful life.” She was 95 years old.

She was born in Riga, Latvia, December 19, 1925, the third of the four children of Robert and Vera Eichwald.

She came to America in 1957. She eventually settled in upstate New York and worked at Columbia Memorial Hospital for many years.

She was predeceased by her husband, Erik, and her siblings, Robert, Harry and Sigrid.

She is survived by: her daughter, Karin Tuthill (Gary); granddaughter, Jessie Tuthill of Valatie and family in Germany. Her greatest love and devotion belonged to her family, and she was a cherished blessing in the lives of her daughter and granddaughter.

She will be remembered fondly for her love of laughter, sunny personality, and indefatigable wit. She spoke English, German, and Latvian fluently, and loved her German crosswords, lottery tickets, trips to the casino, pizza, and watching Judge Judy.

She had the admirable ability to look at any challenge as an adventure, including this final journey. There will be no calling hours. In lieu of flowers, donations may be made to the Community Hospice Foundation of Albany. Arrangements are with the Wenk Funeral Home, 21 Payn Avenue, Chatham. Send online condolences at wenkfuneralhome.com. 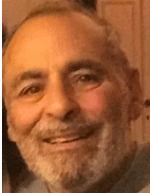 Born in Brooklyn December 9, 1943, he was the son of the late Max Loeb and Thelma (Loeb) Goldstein. He was the former co-owner/operator with his late wife Barbara (Rutkowska) Goldstein of Blimas Catering in Hudson. Prior to that he was an international seller of rare and commemorative books.

He was an avid deep sea fisherman and loved the ocean. He was a loving and devoted husband.

Mr. Goldstein is survived by: his sons and daughters, Mitchell (Marcy) Goldstein, David Bagner, Randi Hedges, Allyson (Jim) Perdue, Joyce (Bob) Hetherington and Beth Bagner, as well as several grandchildren. At his request there are no calling hours. A memorial service may be held at a later date to be announced. 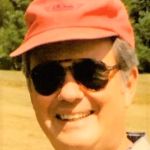 He was born in Worcester, MA, January 6, 1939. He was a graduate of Chatham Central High School and Nichols College, where his grandson Andrew now attends.

“Rich” worked several decades in the chemical industry before starting his own business known as K&S Associates, which acted as a manufacturer’s representative for garden and lawn centers in the New England region. He was loved by his customers and venders. He was an active member of the Granville Lion’s Club, a Mason and a Shriner.

Mr. Knoener was predeceased by: a brother, Philip Kneller; and his parents, Dorothy and Charles Knoener.

He loved his family, his Austin Healey (which could be seen cruising through the village often), vacations in Maine. He loved gardening, especially his roses. He loved playing basketball and football (when he was younger) and continued to be an avid fan throughout his life. He loved walking past his neighbor’s homes and waving to their dogs who would look for him.

Due to Covid-19 restrictions, a memorial service will be planned at a future date in 2021. Omit flowers. Memorial contributions may be made to Granville Lion’s Club, 359 Beech Hill Road, Granville, MA 01034. Southwick Forastiere Family Funeral Home, 624 College Highway, Southwick, MA, is entrusted with final arrangements. forastiere.com

She was born May 30, 1910 in Rochester, to Claude Van Valkenburgh and Elizabeth Gurtler.

She later moved to Mellenville and subsequently spent her later years in Sun City Center, Florida.

An active person, she was a 50+ year member of the DAR and Eastern Star serving as regent, matron, grand electa and was a volunteer to many organizations. She was an ordained deacon at St. Andrew’s Presbyterian Church in Sun City Center, FL.

She is survived by: daughter-in-law, Louise (Charles) Miller; son-in-law, Ralph (Florence “Ellen”) Genito; 11 grandchildren; 18 great-grandchildren; 7 great-great grandchildren and several nieces and nephews. She will be greatly missed by all.

Graveside services will be held at a later date. Funeral arrangements were with Brewer & Sons Funeral Home in Brooksville, FL.

For many years, he worked as a mineral specialist at Mineral Technology in Canaan, Connecticut.

A devoted family man, he loved spending time with his family, especially his grandson, Dalton. He was an avid concert-goer, and outdoorsman. He loved hunting, fishing and was a member of the Stottville Rod and Gun Club. 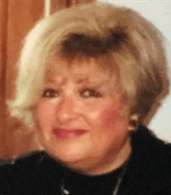 CLAVERACK—Constance Bonnie Millar of Claverack passed away peacefully at her home December 23, 2020 after a brief illness.

She was born January 18, 1942 to Joseph and Letty Fado in Stamford, CT. The family moved to Hillsdale, where she graduated from the Roeliff Jansen Central School District. Upon graduation she became a licensed beautician and began a 60-year career in Columbia County.

She was predeceased by her parents; husband, John; and sister, Linda DeRuzzio. Private services will take place at a future date. Arrangements were with the Bates & Anderson – Redmond & Keeler Funeral Home, 110 Green Street, Hudson. Visit www.batesanderson.com to leave condolences.

CATSKILL—Sherwood “Woody” Rhines, 93, of Germantown passed from here to heaven December 29, 2020 at The Pines Nursing and Rehab Center in Catskill.

“Woody” or “The Mayor” as his neighbors and friends at Palatine Manor in Germantown would refer to him, was a kind, gentle selfless man. His quiet smile brought peace and joy to every room, even up to the last hours of his life here on earth. He was a lifelong resident of Columbia County and served in the U.S. Army. He received the Victory Medal and an honorable discharge in 1947. He also served as a volunteer fireman.

He will be missed by every person who had the blessing of knowing him.

There was a graveside service at the Linlithgo Cemetery, January 5. Memorial donations may be made to the Columbia County Office of the Aging for their Meals on Wheels program in honor of Mr. Rhines.

Born July 7, 1947 in Hudson, he was the son of the late Victor and Angela (Viscusi) Gabriel.

He was a graduate of Ichabod Crane Central School and SUNY Plattsburgh. He retired after 35 years as a math teacher at ICC, where for many years he served as the boys bowling and volleyball coach.

He was an umpire in Columbia and Greene counties since 1969. He has served as the NYS High School Rules Interpreter and was currently the president of NYS High School Umpire Association. In 2000 he was the recipient of the NYS Umpire of the Year Award.

In 1980, Mr. Gabriel took a hiatus from teaching to attend the Major League Umpire Camp in St. Petersburg, FL. He later returned home to continue his local and state umpiring duties.

In the late 1990s he umpired a final game for the Eastern Regional Senior League, calling the game from behind the plate. In 1998 he did a Senior World Series game in Orlando, FL. In 2006 he umpired the Little League World Series in Williamsport, PA., one of his proudest umpiring accomplishments. For many years, he was also a soccer referee.

With a ready smile, twinkle in his eye and gift of gab, his story-telling captivated his audience. An avid Dodgers fan, he was ecstatic with the 2020 World Series victory. He enjoyed his pre-Covid weekly card game with the boys at Glencadia Rod & Gun Club, his monthly card game with his Hudson Crew, and his monthly breakfast meetings with his fellow retired ICC teachers.

As a college student, he was pledge master for his fraternity Delta Kappa Delta at SUNY Plattsburgh, and remained active with fraternity reunion events.

Left to cherish his memory are: his daughter, Jyl Driscoll (Sean) of Poughquag; son, Zak Gabriel (Jessie) of Valatie; brother, Richard (Mary Ann) of Stockport; sister, Roberta Haag (John) of Rochester; four grandchildren, Amara and Andrew Gabriel, and Rian and Gavin Driscoll, along with three nephews; a niece and several cousins. He is also survived by his significant other and loving partner for almost 40 years, Jeanne Lewicki.

Visitation hours at the Bates & Anderson-Redmond & Keeler Funeral Home will be from 10 a.m. to 1 p.m., prior to the service.

GERMANTOWN—James P. Anderson of Germantown passed away January 1, 2021 in the comfort of his home surrounded by loved ones.

Born December 19, 1959 and raised in Watervliet, he was the son of Rose Anderson and the late James H. Anderson.

“Jim” is a 1978 graduate of Watervliet High School. He was a member of the International Brotherhood of Electrical Workers for 40 years where he also served on the Executive Board. He was a site superintendent for Tech Electric for many years and will be greatly missed. He worked on various large construction jobs throughout his career, especially the last 14 years. He was highly-respected in his field and a mentor to many apprentices.

He was a sports enthusiast and loyal fan of the St. Louis/Los Angeles Rams and New York Yankees. He also enjoyed traveling, especially exploring new breweries as the beer connoisseur he was. Nothing made him happier than sharing Sunday dinners, a cup of coffee on his front porch in the morning and an evening beer on the back deck with his wife, Linda enjoying the peace and tranquility of life on the hill surrounded by loved ones.

A Mass of Christian Burial was celebrated from Holy Trinity St. Mary’s Parish, January 5. Interment was in the Reformed Church Cemetery Germantown.

In lieu of flowers, memorial contributions in his name may be made to the Leukemia & Lymphoma Society at www.lls.org/waystogive.

Born June 25, 1954 in Kingston, he was the son of the late William W. and Eva (Houtman) Johnson. He is survived by several step-children, as well as his sister, Sharon (Chuck) Shulze; several nieces, nephews and great-nieces and nephews. He was an affectionate and caring man and will be missed by his friends and staff at the Mental Health Association of Columbia County. “He would have wished God’s blessings to all.”

There are no services at this time. Arrangements are with the Sacco Funeral Home, 700 Town Hall Drive, Greenport. To leave online condolences visit www.saccofuneralhome.com