VALATIE—Kathleen A. Cookingham passed away February 22, 2021 at Barnwell Nursing Home.

Born January 20, 1928 in Chatham, she was the daughter of the late Carl and Grace Hoffman Streeter.

A lifetime resident of Chatham, “Kathy” was educated in the Chatham schools and worked a short time at Reilly’s Clothing Company. She went on to meet and marry her husband, Robert, who predeceased her.

She is survived by: her daughter, Mary (Joseph) Sacco of Ghent; granddaughters, April Sacco of Greenport and Lindsey (Shawn) Ringwood of Scottsdale, AZ; great-granddaughter, Sloan Ringwood; her niece, Eileen Kerr and nephews, Stephen and Tim Mead.

She enjoyed crosswords, bingo and bowling. She loved her trips to Maine and time with her family.

Family will receive friends at the French, Gifford, Preiter & Blasl Funeral Home, Chatham, Tuesday, March 2 from 5 to 7 p.m. A Mass of Christian Burial will be celebrated Wednesday, March 3, 11 a.m. at St. James Church. Memorials in Mrs. Cookingham’s name may be made to the American Cancer Society. Condolences may be conveyed at frenchblasl.com. 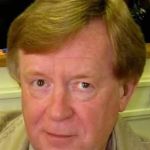 KINDERHOOK—Charles Walter Rutherford, 73, of Kinderhook passed away February 23, 2021 in Kinderhook.

He was born in Hudson to Donald and Mary Rutherford June 22, 1947. He attended high school at St. Mary’s in Hudson, graduating in 1965. He firmly believed in the importance of education and after earning his associate’s degree from Hudson Valley Community College, he then graduated with a Bachelor of Science degree from Empire State College. He later received Master of Arts degrees from Antioch University and Goddard College and was currently taking online classes at UMass-Lowell. He served as an Albany City Police Officer for 8 years and then spent 10 years in the New York State Division of Criminal Justice Services. Over the next 25 years, he worked in a variety of roles as a consultant for both law enforcement and organizational management with various organizations including the Institute of Police, Technology and Management in Jacksonville, Florida, the New York State Sheriff’s Office, and the New York State Governor’s Traffic Safety Association. He championed a multitude of charities, with a particular focus on animal welfare. He was active in supporting youth sports organizations and served as a coach for both St John’s CYO basketball and Northern Columbia Little League. He loved F1 racing, the New York Yankees, and the New York Giants. After visiting nearly every state in the country over his professional teaching career, he began to travel overseas later in life, particularly enjoying Scotland, Ireland, Italy and Germany. He owned arguably the most eclectic and impressive cowboy boot collection outside of Texas.

He was predeceased by his parents.

A Mass of Christian Burial was celebrated February 26 at St. John the Baptist Church, Route 9, Valatie with Bishop Edward B. Scharfenberger. The family asks that in lieu of flowers, contributions be made to the Columbia-Greene Humane Society/ASPCA. Arrangements are with the Raymond E. Bond Funeral Home, 1015 Kinderhook Street (Route 9), Valatie. Send condolences at raymondbondfh.com.

He was born April 6, 1948 in Guilderland to Robert E. and Ann Jacqueline (Mabeus) DeLeon. He went to Vincentian High School in Albany, where the Vincentian Brothers helped him to discern a call to the religious life. He was received into the Holy Cross Brothers’ novitiate August 22, 1966, and made his First Profession January 26, 1968. He made his Final Profession August 18, 1973 as a Holy Cross Brother.

He was ordained to the priesthood June 15, 1985, after earning his Master of Divinity from the University of Notre Dame, Notre Dame, IN.

In 1987, “Fr. Bob” was assigned as director of Pastoral Care for Samaritan Hospital in Troy. In 1990 he became director of Pastoral Care for St. Vincent’s Medical Center in Bridgeport, CT, serving there until 2000. In 2001 he became chaplain for the Holy Cross Brothers at St. Joseph Center, Valatie, where he served ever since. He felt completely at home serving with and for the Brothers of Holy Cross, many of whom he knew for just about his whole life. During much of the time from 2002 to 2019, he was chaplain for the Albany Medical Center. In his final days, they cared for him after so many years of his care for them.

He was preceded in death by his parents. He is survived by his siblings: Kathleen (Paul) Degener, Thomas (Fran) DeLeon, Richard (Susan Faith) DeLeon, Diane DeLeon and Laurene Walsh; numerous nieces and nephews, grand-nieces and -nephews.

There will be a closed funeral liturgy at St. Joseph Center in Valatie in keeping with current safety guidelines. Burial will follow in St. Joseph of Holy Cross Cemetery on the grounds. A public liturgy will be held at a later date. Raymond E. Bond Funeral Home of Valatie is in charge of the arrangements.

Memorial contributions in support of the mission and ministries of the Congregation of Holy Cross can be made to: United States Province of Priests and Brothers, Office of Development, 500 Washington Street, North Easton, MA 02356-1299 or online at https://donate.holycrossusa.org

WEST TAGHKANIC—Ida Bednar Jutkofsky of West Taghkanic, daughter of Stephen and Suzanna Bednar, passed away Thursday, February 25, 2021 at the age of 87.

A life-long resident of Columbia County, she was a graduate of Hudson High School, class of 1951, a graduate of the Mildred Ellie Business School in Albany, and a professional who maintained a business career throughout her life.

Ms. Jutkofsky was a member of St. John’s Lutheran Church, Manorton and was always very active in the church community.

She is survived by: her grandson, Viktor; son, Jay; daughter-in-law Jenna; sisters, Ruth and Teddy; several nieces and nephews.

An enthusiast of warm family bonds, close friends, fond memories, good food, fun times, exciting travel near and far, beautiful baskets and all things little, including details, she will be deeply missed by all, all of whom should find comfort in knowing that she is in peace.

Funeral services for Ms. Jutkofsky will be held at St. John’s Lutheran Church, Manorton, Tuesday, March 2, 2021 with visitation from 10 to 11 a.m.; church service at 11:30 a.m. followed by Christian Burial.

Health and capacity guidelines are in effect. Visit batesanderson.com to leave online condolences. 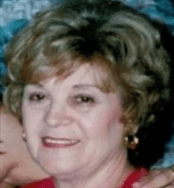 CLAVERACK—It is with great sadness, her family and friends announce that Terez Hajdu, 84 years old, a longtime resident of Claverack passed away peacefully February 26, 2021 after a long illness.

Born in Hungary, February 28, 1936, she immigrated to the United States in December 1956 with her husband, Sandor. She was employed by NYNEX Telephone Company in Albany until her retirement in 1994. She was a communicant and longtime member of Holy Trinity/St. Mary’s Parish. She will be remembered for her caring, loving personality, her beautiful smile, and her delicious Hungarian cooking.

A Mass of Christian Burial will be celebrated Wednesday, March 3, 2021, 11 a.m. from Holy Trinity/St. Mary’s Parish in Hudson. Interment will be in Cedar Park Cemetery.

Her family thanks the staff at Pine Haven Nursing Home for their care and kindness throughout her residence there.

She was the beloved wife of Stephen Oaks, married 67 years until he passed in 2009.

They ran Ritter’s Grocery on South Third Street in Hudson for more than 20 years, from the 1960s through the 1980s. She loved reading, watching movies, and especially going places and learning new things. She leaves behind: a daughter, Susan Oaks of Hudson and Saratoga Springs; a son and daughter-in-law, David and Lorraine Oaks of Dover Plains; a niece, Yvonne Washburn (John) of Dalton, MA; and three nephews, Edward Ritter (Mary) of Coral Springs, FL, Charles Trover (Beverly) of Sherwood, OR, and Steve Huckaba (Nancy) of Mattoon, IL. She was predeceased by her husband, Stephen; parents, John and Theodozia (Kowal) Fletutor and siblings, Mary Ritter, Charles Fletutor and Michael Fletutor.

She was a lifelong resident of Hudson who could talk about the city of old. As a child, she went to shows at the Park Playhouse and saw the first talking movie from the gallery. She enjoyed the vaudeville shows that tried out in the city before moving on to New York. And she remembered the city closing Columbia Street hill in the winter for children to sled, and peddlers who came through the city in the summer selling ice and produce from their carts. She lived in a house that had the last flush outhouse in the city and, as a child, thought that the residents of Diamond Street must be special, as they had a local merchant delivering dresses to their doors. Although she could talk about the past, she was firmly grounded in the present, learning how to use an iPhone and Facetime at 100, and living her 101 years with curiosity, vigor, thoughtfulness, and kindness.

Services will be private. Donations may be made to St. Michael’s Church, Hudson or The American Heart Association. Visit batesanderson.com to leave online condolences.