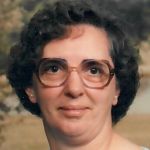 She was born in Tamaqua, PA, December 24, 1940. She graduated from Tamaqua High School and Pottsville Hospital School of Nursing. She went on to become an intensive care nurse at Albany Memorial Hospital and retired from nursing after being on the staff at the Hudson Firemen’s Home. She married Willard Dreisbach, Jr., February 24, 1962.

The couple then moved to the Albany area. They shared 58 years of marriage before her passing. She was an active member of Schodack Landing Fire Company Auxiliary and the Auxiliary at Hook Boat Club. In addition to her husband, she is survived by: sons, David of Atlanta, GA, and Darryl (Patty) of Perrysburg, OH; her three grandchildren, Jennifer, Elizabeth, and Kenneth; and her younger sister, Margaret of Allentown, PA. Significant loved ones in her life were also neighbors, Brian and Ivy Peters and their two children, Jacob and especially Taylor. Funeral and graveside services will be privately held at the convenience of the family. Contributions may be made to Schodack Landing Fire Company or the Reformed Dutch Church of Schodack at Muitzeskill. Arrangements are under the direction of the Raymond E. Bond Funeral Home, Valatie. 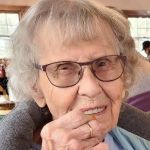 Born September 18, 1928 in Chatham, she was the daughter of the late Robert A. and Gladys McCagg Nichols.

She is survived by: her daughter, Karen (Scott) Lent of Chatham and many nieces and nephews. She was predeceased by: her siblings, Dorothy (Nichols) Lee, Robert L. Nichols and Donald J. and a large number of aunts, uncles and cousins.

She graduated from Chatham High School, then went to work for Mr. Ames at Chatham Pen Factory. She would meet “the love of her life,” Franklin Delano “Mickey” Holt in the winter of 1955, while ice-skating on Dardess Pond in White Mills. They fell in love on their first date and married June 30, 1956 in the Chatham Lutheran Church. She always described her wedding day as “the happiest day of her life.”

Mrs. Holt later worked at the Columbia County Board of Elections and as tax collector for the Town of Ghent. She loved being a housewife and mother most of all and loved her family with her whole heart.

Mr. and Mrs. Holt traveled a lot, but their favorite trips were to York Beach, Maine, taking a Caribbean cruise and visiting Jackson Hole, Wyoming. They enjoyed 63 beautiful years of marriage, until Mr. Holt’s passing in 2012.

She was a ray of sunshine who always had a kind word for others or a funny story to share. She was always helping others, being generous and thoughtful to all.

She loved going to the casino (especially Saratoga) and couldn’t wait to buy the new Scratch-Off tickets. She loved life, dancing, especially to Mickey’s country music, which she was proud of. She loved eating out with family and friends and was famous for her delicious fudge, which she loved to make and share with her favorite people. During this year of Covid, she enjoyed making cards and goodies for area nursing homes, “just to bring them a little sunshine.”

On her 92nd birthday, she was honored with a drive-by parade, which included family, friends and neighbors. The highlight of her special day was a ride through Chatham on a Harley Davidson motorcycle. She will be greatly missed by all who love her.

Graveside services will be conducted Thursday, February 4 at the Ghent Union Cemetery at 11 a.m. A memorial service will be planned when it will be safe for all to attend. Memorials in Mrs. Holt’s name may be made to the American Cancer Society, 1 Penny Lane, Latham 12110 or the Parkinson’s Disease Foundation, 1359 Broadway, Suite 1509, New York City 10018. Condolences may be conveyed at frenchblasl.com. 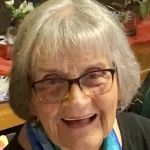 SAN ANTONIO, TX—Jeannine Helen Harris went to be with her Lord and Savior, Jesus Christ, January 18, 2021. She died in San Antonio, TX, after a brief illness.

She was predeceased by her husband, Charles T. “Chubby” Harris. She is survived by: five children, Charlene Heintz (Doug) of San Antonio, TX; Caroline “Cuppy” Mendoza (Rick) of San Antonio, TX; Charles “Duke” Harris (Joan) of Schodack Landing; Cathleen Malmberg (Eric) of Loganville, GA; and LeRoy Harris (Mikki) of Spartanburg, SC; 15 grandchildren; 26 great-grandchildren; many nieces, nephews and friends. She met her husband, the love of her life, while he was working for her father. They were married July 8, 1948. She lived in the house her husband built for her until 2019 when she moved to San Antonio to be near her daughters. She was a long-time member of the Reformed Dutch Church of Schodack at Muitzeskill where she served in many capacities including singing in the choir, serving on the Consistory and The Women’s Guild, teaching Vacation Bible School, helping with the Cooperative Christian Ministry of Schodack (CCMS/The Anchor) and in many other areas when needed.

She loved and was loved by everyone she met, always welcoming everyone into her modest home for a home-cooked meal and a lively round of Jeopardy.

A graveside service will be held at a later date to be announced. In lieu of flowers, contributions can be made in her memory to The Reformed Dutch Church of Schodack at Muitzeskill, VITAS Hospice San Antonio, TX, and/or Guiding Eyes for the Blind. Arrangements are under the direction of the Raymond E. Bond Funeral Home, Valatie.

GHENT—Weldon Allison Tuttle, 91, of East Chatham passed away peacefully January 28 at Ghent Rehabilitation and Nursing Center. His daughter, Deborah and her partner, Mike were there to hold his hand and play his favorite music during his passing.

Known as “Pa-Pa Tut” and “Tut,” Mr. Tuttle was a long-time resident of East Chatham. Many people would wave to him when he sat out on his front porch on hot summer days.

He was born February 18, 1929 in Clinton, Maine, the seventh of 13 children. He was predeceased by: his parents, Carlton and Freda Anderson, as well as his son, Steve Tuttle.

After graduating Clinton High School, he worked with his brother, Sonny Tuttle and friend, John Collins in their tree service business named Collins & Tuttle. Afterwards he started his career working for the New York State Thruway, from which he retired.

In his retirement, he enjoyed traveling to see his brother, Wayne; spending time with his grandchildren and growing abundant and beautiful gardens. He enjoyed being a home-body and tinkering around his house. He was known by family and friends as the “third amigo” who is now reunited with his lifelong buddies, Chet Blass and Ed Wadsworth. They are all back together, having a drink and telling jokes. Later in his life, he enjoyed riding country roads and spotting deer. Many of these rides were provided by his “buddy” Mike Daley. His gentle spirit, laughter and singing will be missed by many.

Calling hours will be held May 15, 11 a.m. at Wenk Funeral Home in Chatham. Following will be a brief graveside ceremony, family and friends are invited to his daughter’s home to celebrate his life.