ALBANY—Stella J. Ham, 89, of Stottville passed away peacefully into the hands of the Lord, Sunday, February 7, 2021 at Albany Medical Center.

She was born May 19, 1931 in Stottville to the late Stanley and Mary Sherman.

She worked for many years at ShopRite Greenport until her retirement. Mrs. Ham was an active member of The Church of St. Joseph of Stottville, the Rosary Society at St. Joseph’s and Greenport Golden Agers. She cherished her time with family, she looked forward to spending winters in South Carolina with Diane and Norm, she loved to travel and enjoyed outings with “the girls.”

Funeral arrangements will be announced in the spring. Visit www.batesanderson.com to leave condolences.

LIVINGSTON—Ellwood J. Funk, 83, of Livingston passed away Tuesday, February 2, 2021 at his home.

On July 2, 1991, he married the love of his life, Mary Spoleti-Funk. Together they forged an unbreakable bond and created a wonderful life together. Mr. Funk would often affectionately tell Mary that they were like, “two peas in a pod.”

He proudly served in the United States Army. He served his time with the military police from 1956 to 1962 earning the rank of MP Special Forces.

Known as, “The Candy Man,” Mr. Funk owned and operated a successful candy and cookie distribution company called, The Price Is Right Cookie and Candy Co. He truly loved his candy runs. His colorful personality and wonderful sense of humor would brighten every customer’s doorstep from Hudson to Newburgh. He was given his nickname by a client, and before long his entire route was calling him “The Candy Man.” So much so, that he had it painted on his truck. He successfully retired from the candy business in 2014.

In addition to the Candy Company, Mr. Funk owned and trained standardbred horses for 25 years. He saw many years of winning at Monticello, Saratoga and Poconos racetracks. This love of horses became one of the couple’s favorite pastimes. He loved going to the racetrack to watch the horses run and urge his horse across the finish line. He also enjoyed going to the casino. He loved listening to Doo-wop and singing to his wife and faithful pup, Charlie.

In addition to his adoring wife, Mr. Funk is survived by: his two sons and their families, Paul and Michelle Spoleti and children, Denim and Mia and Joe and Jeanette Spoleti and their children Anthony and Marissa who endearing referred to him as “Poppy.” He is also survived by: his brother, Barry (Kelly) Funk of FL; brother-in-law, Harry W. Gottshall of Poughkeepsie; sisters-in- law, Geraldine (Robert) Dooley and Clara Spoleti; his cousins, Joan, Jim and Laura Moriarty; extended family and friends.

Mr. Funk was predeceased by his son, Todd Funk in 1986. He was the joy of his father’s life and they are again together in heaven.

Funeral services will be private. Interment will be held at Gerald B.H. Solomon Saratoga National Cemetery.

Memorial donations may be made to the American Kidney Fund www.kidneyfund.org 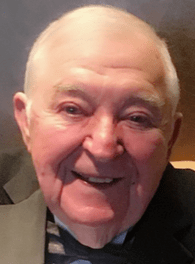 ALBANY—Steven Himmel of Hudson passed away peacefully, on Friday, January 22 in Albany. He was 83 years young.

A devoted Catholic his entire life, Mr. Himmel worked as a New York State correctional officer for more than 25 years.

Always the life of the party, his warmth, honesty and wry sense of humor will be missed. He frequently speculated that when he arrived in Heaven, St. Peter would exclaim, “I recognize you! You’re that handsome brute, Steven Himmel” and welcome him into paradise.

A celebration of his life will be held at his beloved Kinderhook Lake home this summer. Arrangements were with the Thomas P. Mooney Funeral Home, 11 Elm Street, Nassau. Leave condolences at mooneyfuneralhome.com