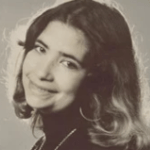 HUDSON—It is with great sadness that her family notes the passing of their beloved mother, sister and aunt, Sophie LaLumia. She slipped quietly away from them, Sunday, January 31.

She is survived by: her beloved son, Joseph Sabo; her brothers, Joseph LaLumia and Vincent Randazzo, his wife Susan, and their children, Kevin, Isabella and Jonothan; and her ex-husband, Joseph Sabo. She was predeceased by: her parents, Salvatore LaLumia, Connie LaLumia Randazzo and Santo Randazzo.

She spent most of her working life helping those needing assistance at Columbia Opportunities. Many people were touched by her compassion and generous spirit.

A memorial Mass will be celebrated Saturday, February 13, 11 a.m. at Holy Trinity Parish, St. Mary’s Church, 429 East Allen Street, Hudson. Her family will be there to greet callers before and after the service. Donations in her memory may be made to Greenport Pumper Station #3, P.O. Box 1065, Hudson 12534 or Columbia Opportunities, 540 Columbia Street, Hudson 12534. Visit www.batesanderson.com to leave condolences.

Born May 5, 1932 in Stuyvesant, he was the son of Mary (Zukowski) and Frank Shumsky. He married the love of his life, Shirley Dallas May 5, 1957, and they shared 63 wonderful years together.

He attended St. Mary’s Academy in Hudson, followed by a three-year apprenticeship at GE Schenectady. In 1954 he became a member of Albany Ironworkers Local #12, and worked there until his retirement several years ago. He was an active member of the Church of St. Joseph in Stottville for more than 60 years. A life-member of the H.W. Rogers Hose Company for 69 years, he was the oldest living member until his death. Following his retirement he was an avid sports fan, enjoying golf with his buddies. He even had three greens built in his back yard. Mr. and Mrs. Shumsky were fanatical about attending their grandchildren’s games, and never missed any of them. As a sports enthusiast, he coached the VFW Little League team in Stottville for 11 years, many of his players remember him well. Mr. and Mrs. Shumsky traveled extensively for several of their retirement years. He was a huge Red Sox fan, but most of all he loved his family and enjoyed family outings and just being together. He was a fiercely loyal friend and he will be greatly missed.

Graveside services will be announced in the spring. Memorial contributions may be made to the Church of St. Joseph, 1829 Route 9, Stuyvesant 12173 or the Reformed Dutch Church, Drawer K, Claverack. Visit www.batesanderson.com to leave condolences.

HUDSON—Marion Michael “Mike” Koskowski, 92, of Hudson passed away in his sleep February 6, 2021.

Born October 21, 1928 in Stottville, he was the son of Francizsek and Mary (Tobancyznski) Koskowski. He was the last remaining of his siblings, all brothers, Stanley, John, Henry, Raymond, Edward and Adam.

He grew up in downtown Hudson, attending Hudson schools.

As a teenager, he worked as a butcher for Lipshultz’s Market on lower Warren Street.

Mr. Koskowski served from 1946 to 1949 in the U.S. Army in the Pacific Theater. He and the late Ralph Laurella enlisted as part of the “buddy program”.

After being honorably discharged, he returned to Hudson and was employed for 20+ years with the Laborer’s Union #1000, Poughkeepsie. He worked for Hudson City Savings Institution for nine years prior to retiring.

He married the love of his life, Elizabeth Cacchillo in 1954 at Mt. Carmel Church in Hudson. Father Peter Luciano officiated. The couple honeymooned in Washington, DC.

He was an active member of the Hudson BPOE #787 Elks Club, the Hudson VFW and American Legion. He was historically a congregant of the Sacred Heart Church, Our Lady of Mt. Carmel, St. Mary’s and Holy Trinity Roman Catholic Churches.

Mr. Koskowski loved the Brooklyn Dodgers (was at Ebbets Field for the joyous 1955 and heartbreaking 1956 World Series), the New York Mets and the New York football Giants. He arranged for numerous bus trips to Shea Stadium and Fenway Park in the days before such excursions became commercially popular.

He believed every day was a good day and that better days were always coming.

There will be no public service due to Covid-19 guidelines.

In lieu of flowers, donations may be made to Community Hospice, Holy Trinity Roman Catholic Church in Hudson and/or the Columbia-Greene Humane Society. Visit www.batesanderson.com to leave condolences.

GHENT—Mary Rose Ferro, 92 of Copake passed peacefully on Saturday, January 30, 2021 at the Ghent Rehabilitation and Nursing Center in Ghent.

She was born June 1, 1928 in Yonkers to Dominick and Rose Occhiogrossi.

She is survived by: her daughter and son-in-law, Angelina Rose and Frank P. Zacarolli; two grandchildren, Michelle Brooks and Frank Zacarolli and his wife Jennifer Jamieson. She also leaves four great grandchildren, Zachary, Andrew, Ethan and Sophia along with several nieces and nephews.

She was predeceased by her husband, Augustine Ferro and eight siblings.

A Celebration of Life is planned for the future.

Interment will be in new St. Bridget’s Cemetery, Copake Falls.

A devoted wife and mother, she was born January 27, 1927 in Chelsea, England just outside of London. She lived in England during the London Blitz of World War II. She attended University and shortly after graduation, married her husband, Benford Sims, a member of the Royal Air Force.

They migrated to Canada seeking new opportunities. In Ontario, Canada they started their family with the birth of their two daughters, Jennifer and Gillian. In the early 1960s the family relocated to the United States in Minnesota. She raised her two daughters in the suburbs of Minneapolis. She and her family moved to Copake Falls in 1976.

She worked as a dental assistant at a local dental practice formally in Copake.

Mrs. Sims enjoyed many recreational passions, her favorites being golf at Undermountain Golf Course and skiing from the Colorado Rockies to the Vermont mountain range. She was also an avid gardener and a gifted painter. She was a loving grandmother of three grandsons.

Memorial donations may be made to the Roeliff Jansen Historical Society, P.O. Box 172, Copake Falls 12517.

He attended the Bethany School in Missouri and was the owner/operator of the Daniels Dry Cleaning Co. in Iowa. Locally, he was employed as a welder by the W.B. McGuire Co. and as a caretaker and landscaper at Willoway. 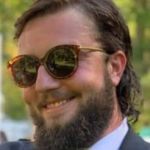 “Matt” attended Taconic Hills and was currently employed by DNJ Contracting in Brunswick.

He loved to spend time fishing, snowboarding, golfing, playing horseshoes and family time with his nieces. He was an avid fan of the New Orleans Saints.

He had a profound love for foul language that his family is sure everyone will miss.

He is survived by: his mother, Fiorella Murphy; his siblings and their fiancees, Jonathan and Heather, Kelsey and Donni and Spencer and Leana anf Tabathia; his nieces, Madison, Bella, Meagan; his nephew, Foxx; his grandmothers, Violet Murphy and Lucia Cirone; uncle, Daniel Murphy and aunts, Maggie Demarest, Heather Reed and Colleen Daigle. In addition, he leaves his companion, Jennifer Adams and her daughter, Hailey along with extended family members in Europe.

Due to Covid-19 a Celebration of Life will be announced at a later date.

In lieu of flowers, consider a contribution to Taconic Hills Dollars for Scholars 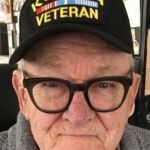 He was raised in Sharon, CT, and lived his adult life in Pine Plains. He was married for 51 years to his wife, Katherine (Remsburger) who predeceased him by 17 years. He served in the U.S. Army for four years from 1948 until 1952 and saw active duty on the Korean peninsula where he rose to the rank of sergeant first class. He worked at the IBM plant in Poughkeepsie as a methods-analyst and eventually was promoted to a manager of advanced assembly and process development. He retired from IBM in 1987. He had a knack for always trying to find better and more efficient ways of doing things.

He is survived by: four of his five children, Linda Carson of Red Hook, Robert of Boston, MA, Amy Cooney of Germantown, Sarah Funk of Pine Plains and his “adopted” daughter, Cindy Cobble of Pine Plains. He was predeceased by his daughter, Vicki Blake.

Mr. Cahill was a member of the Pine Plains Hose Company for almost 64 years and served as chief for many years. He was tirelessly dedicated to that volunteer fire company and was fondly referred to as “Chiefy” by all of its members. He was also a member of the American Legion.

He was a member of the Cahill Brothers Band, which he formed with his brothers, Pat, Fritz, Bill and Pete. They played country western and other popular music and also played square dance music and “Bob” was the caller.

In his retirement years he took up golf and started a small lawn-mowing business to pay for it. He was for many years secretary of the Pine Plains League at Undermountain Golf Course in Boston Corners until a bad back forced him to retire from the game.

He was loved by his children, grandchildren and great-grandchildren. He always supported their spirits and their choices to be what they wanted to be. He was always so happy to see them and to hear from them. He was fond of saying “We old people have had our time. Now it’s time for you young folks to takeover.”

One of his greatest joys was the sunporch he and friends added onto the home he bought in 1963 when his family was just starting to grow. It was the place he “lived” and he loved having all the kids over on Sundays for dinner and other times for parties of singing and dancing. He was a very good dancer.

Funeral services will be announced in the future when the weather is nicer, and Covid-19 restrictions are lifted to allow gatherings. Donations in Mr. Cahill’s memory may be made to the Pine Plains Hose Company, 7 Lake Road, Pine Plains 12567. 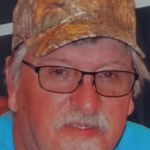 He was born December 5, 1952 in Great Barrington, MA, son of the late Harold Albright and Mildred (Rogers) Albright.

He was a 1971 graduate of Roe Jan High School, Copake.

He worked at Schweitzer-Mauduit, the Ancram Paper Mill, for 34 years. He enjoyed hunting, fishing, woodworking, traveling, and was a devoted Colts football fan.

After retiring he had more time to enjoy and spend time with his family. “Lenny” enjoyed going to the beach, attending car shows, playing pool with the guys, attending all his grandchildren’s dance and sport activities. He enjoyed spending time with his grand dogs Violet, Daisy, Sterling and Mocha. A loving and caring husband, a wonderful father, a proud grandfather and a great brother and uncle, he will deeply be missed by family and friends.

Due to Covid-19 a celebration of his life will be held at a later date in New York. Share a memory or condolences on the tribute wall for Mr. Albright at Lewis Crematory of Myrtle Beach: lewiscrematoryandfuneralservices.com