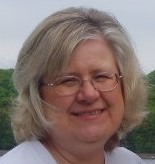 Born July 16, 1951 in Hudson, she was the daughter of the late Charles Robert Leiser and Ethel May (Zitto) Leiser of Naples, FL.

She was a 1969 graduate of Ichabod Crane High School and was employed as an assistant controller for New York State Auto Dealers in Albany. She was a very active member and deacon at St. John’s Lutheran Church in Stuyvesant. Ms. Marsche volunteered and officiated at church services at The Pines of Catskill and also for shut-ins on the weekends. She also volunteered at St. John’s Church community meals.

Besides her mother, she is survived by: her daughter, Kimberly (Gary) of Stuyvesant; a brother, Michael Leiser of Wilmington, NC; three grandchildren, Randi Grimm (Chuck), Shawnna Matthews (Jesse), Jordan Baker and two great-grandchildren, Haillie Blinn and Penelope Matthews. She was predeceased by a brother, Paul Leiser.

Funeral services will be private for the family. Memorial contributions may be made to St. John’s Lutheran Church in Stuyvesant. Arrangements are under the direction of the Raymond E. Bond Funeral Home, Valatie. 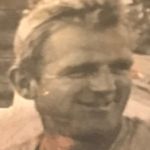 GHENT—Roger Charles Pulver, “The Woodman,” slipped away peacefully in the care of the wonderful staff at Ghent Rehabilitation and Nursing Center.

He was predeceased by both his parents; many brothers and sisters; one son, Mark Pulver; a daughter, Bonnie; granddaughter, Justina; grandsons, Justin and Justice and sons-in-law, John Jr. and Vernon.

Mr. Pulver loved spending time with his family, at the farm, the woodlot and family gatherings. He loved his grandchildren more than life itself, and had a nickname for many of them. He was a lifelong dairy farmer. He loved the outdoors. Upon his retirement he found a love of cutting firewood and was named “the woodman.” Everyone knew him by his yellow truck. Calling hours were at Wenk’s Funeral Home Chatham, January 30. To send online condolences visit wenkfuneralhome.com 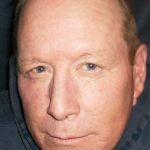 He was born May 3, 1961 to John and Florence Mallon, who have since passed.

He was an avid train and model car collector and loved his pets more than anything in the world.

He was predeceased by brothers, David Alamillo, Douglas Alamillo and James Mallon.

Interment will take place at a later time for family and friends when they can gather in a manner befitting Mr. Mallon and his legacy. In lieu of flowers, donations may be made to Columbia-Greene Humane Society in his honor. For online condolences visit wenkfuneralhome.com

Born February 13, 1936, she was the daughter of the late John and Evelyn (Quinion) Morris.

Mrs. Pfeiffer was predeceased by her son, Rodney, as well as her brothers, John, Al, Walt and Rich Morris.

Memorial calling hours and funeral prayer will be held Thursday, February 4, 2021 from 3 to 5 p.m. at the Sacco Funeral Home, 700 Town Hall Drive, Greenport. Prayers will begin at 4 p.m. with Pastor John Hodges officiating.

Born in the Bronx June 16, 1930, he was the son of the late Martin and Anna (Dubravcik) Boor. After graduating Hudson High School, he worked in some accounting roles and was drafted by the U.S. Army and served during the Korean War (ages 21 to 23). When he returned home he worked at the V&O Press for about 20 years. Following this, he was employed as an electrician at the Atlas Cement Plant in Hudson.

He studied electrical engineering at Hudson Valley Community College in Troy where he earned an associate’s degree. In 1978, he began his career at the Lafarge Ravena Cement plant (formerly Blue Circle Cement Plant) where he worked as an industrial electrician until his retirement in 2008.

Mr. Boor was an active member of both St. Matthew’s Lutheran Church and St. Mark’s Lutheran Church in Hudson, NY. In retirement, being outdoors, fishing on his boat at Copake Lake, tending to both his vegetable and flower gardens brought him great pleasure. He was a volunteer fireman and EMT for the Livingston Fire Department for many years. He enjoyed visiting his family in Boston, and also traveling throughout New England. He will be greatly missed by: his loving wife of 59 years, Olga (Plesa) Boor; a daughter, Susan Schadinger; his son-in-law, Stefan Schadinger and granddaughter, Summer.

Calling hours will be held Wednesday February 3, 2021 from noon to 1 p.m. at the Sacco Funeral Home, 700 Town Hall Drive, Greenport. Burial will follow in Cedar Park Cemetery with Pastor Jonathan Hodges officiating. Memorial contributions may be made to St. Mark’s Lutheran Church in Hudson. 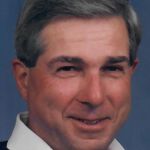 Born September 21, 1936 in Glasco, NY, he was the son of the late Louis Paul and Mary Frances (Sulkey) Aiello.

He was a U.S. Air Force veteran serving in Japan and was employed by Conrail in Selkirk as a conductor for 28 years. He was a member of the Kinderhook Elks Lodge #2530 and an avid golfer.

Visitation hours will be Wednesday, February 3, 2021 from 5 to 7 p.m. at the Raymond E. Bond Funeral Home, Valatie. Burial will be at the convenience of the family. Memorial contributions may be made to the Community Hospice of Columbia/Greene, 47 Liberty Street, Catskill 12414 or Emmanuel Reformed Church, 1150 Maple Hill Road, Castleton 12033.

Born April 25, 1934 in Holyoke, MA, she was the daughter of the late Herbert F. and Catharine Davis.

She was a graduate of Barry College in Miami, FL, and studied languages at Catholic University of America in Washington, DC. She was a retired teacher of 20 years at Holyoke High School. Miss Davis was formerly known as Sister Grace Alma.

She is survived by: her sister, Phyllis Patricelli and numerous nieces and nephews

Services will be private for her family. Arrangements are under the direction of the Raymond E. Bond Funeral Home, Valatie.

He was a delivery driver for Jersey Bakery in Hudson for many years. He was also a licensed plumber in Hudson. Mr. Weber was an avid hunter and fisherman and enjoyed cooking and baking, especially pancake Mondays and breakfast at Bob’s. He was a loving father and grandfather.

He is survived by: two sons, Billy A. Weber (Susan) of Catskill and Andrew Weber of Stottville; five grandchildren, David A. Weber, Ashley Rowe (Dean), Andrew J., Austin and Thai Weber; several great-grandchildren; nieces and nephews. He was predeceased by his wife, Dorothy (Slominski) Weber; his brothers, Frank and Edward Weber and a sister, Evelyn Davies.

Funeral services will be held Thursday, February 4, 2021, 4 p.m. at the Raymond E Bond Funeral Home, Valatie. Visitation will be held Thursday, February 4 from 2 to 4 p.m. prior to the service. Burial will be in Cedar Park Cemetery at a later date. In lieu of flowers, contributions may be made to The Community Hospice of Columbia / Greene, 47 Liberty Street, Catskill 12414.

MARBLEHEAD, MA—Margaret Groll of Church Road in Greenport passed away January 30, 2021 surrounded by her children in Marblehead, Massachusetts.

She was married to the late William Groll and was preceded in death by two sisters, Mary Bree and Kathleen Bright.

She was born April 28, 1928 and went to school at Gortnor Abbey, a private boarding school in County Mayo, Ireland. She moved to New York City at the age of 18 and enjoyed vacationing in the Catskills where she met the love of her life and husband of 58 years, Bill.

She was extremely proud of her Irish heritage, sharing recipes and teaching Irish step-dancing in her early years at St. Patrick’s Day celebrations.

Mrs. Groll worked at the Hudson High School library for many years and enjoyed getting to know all the students and educators. She was a lifelong member of St Mary’s Church and the Columbia County Garden Club. She was also a member of the Hudson Junior Service League and the Catholic Daughters of America.

Due to the Covid-19 pandemic, the family will hold a private graveside service.

Born June 16, 1946 in Rhinebeck, she was the daughter of the late Lester and Hilda Wright Coon.

Before retiring in 2008 and for many years, she worked as a housekeeper at Hudson River Psychiatric Center in Poughkeepsie.

A lifelong area resident, she was a member of St. John’s Reformed Church in Upper Red Hook and was a participant in their Shepherds Ministry. She loved serving coffee during Fellowship Hour.

She loved dogs, shopping, was an avid sports fan, and was always talking to people with a smile on her face.

She is survived by: her son, Michael A. Castillo and daughter-in-law, Kristin Chase of Jersey City, NJ; her grand-dog, Bandit; her sister, Eileen (Ron) Zeliph of Germantown; her niece, Michelle Zeliph (Jessie Guillén-Sandi) of New Brunswick, NJ; her three grandchildren; along with extended family and friends.

Funeral services were held at the Burnett & White Funeral Homes, Red Hook, February 1, 2021 with the Reverend Robert J. Chase officiating. Burial will be in St. John’s Reformed Church Cemetery, Upper Red Hook. A celebration of her life will be held at a later date.

In lieu of flowers, donations may be made to the American Heart Association, American Kidney Foundation or Dutchess County SPCA. To sign the online guest book visit www.Burnett-White.com.

Born in Coxsackie May 22, 1957, he was the son of the late William and Eva (Burroughs) Stacey.

CASTLETON—It is with great sadness the family of Raymond Joseph Loftus acknowledge his death Wednesday, January 21, 2021 after a courageous battle with kidney disease. He transitioned from this worldly life in the comfort of his home with family at his side aided by Community Hospice.

“Ray” was born in the Bronx in 1949 to the late Joseph and Millie (Ondrush) Loftus. He attended Catholic school until enrolling in public high school. He served in the U.S. Naval Reserve. In 1979 he moved to Columbia County. He attended HVCC and graduated from the Rochester Institute of Technology Tool and Die/CAD design program.

He worked for H & H Hulls in Greenport for several years. He worked as a surveyor’s assistant and owned and operated a NYC-style hotdog vending cart. He trained as a mason’s apprentice and worked through the Albany Union prior to his employment with the NYS Department of Transportation in Poughkeepsie. He retired from DOT in 2012 after 20+ years of service.

Mr. Loftus loved boating and the ocean, entertaining friends and family, doo-wop and 60s music, dancing and traveling. Some of his happiest times were his summer barbecues, annual Superbowl parties, family celebrations, and vacations in the Caribbean, especially Aruba.

He leaves behind: his devoted wife of more than 40 years, Barbara Anne (Coe) of Castleton; his beloved son, William Raymond (Kirstin Meyerson) Loftus; two grandsons, Liam Redmond and Grady George Loftus of Chatham; his sister, Sharon Walton of East Chatham; sister-in-law, Patricia J. (Coe) Murray of Sebring, FL; brother-in-law, William M. (Sandra) Coe of Bolton Valley, VT; brother-in-law, G. Mark (Cheryl) Dennis of Sanford, FL, and nieces, nephews and cousins. He also leaves behind many friends who came to know him as honest, reliable and loyal. He was a man with a hard exterior and a kind, caring interior.

The W.J. Lyons, Jr., Funeral Home in Rensselaer is handling final arrangements. There will be no calling hours. The family will have a celebration of his life when Covid restrictions are lifted. In lieu of flowers, consider the donation of time, ability, or money to a favorite charity, Community Hospice or the National Kidney Foundation. The family also requests the consideration of organ donation, a gift of life.