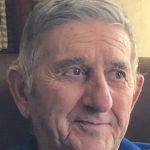 He was the first born son of Mary (Martino) and Floyd Merrifield, Sr. He was born October 21, 1927 in the house right next door to the homes he resided in his entire life.

He was a hard worker. He worked with his father and his brother on the family fruit orchards.

He worked the farm from the time he was 5 years old until he was 80. He loved fishing, hunting, driving his tractor, any everything involving nature. He was a lifetime member of St. Thomas Lutheran Church in Churchtown, where he held the position of financial secretary for more than 60 years.

Mr. Merrifield also served as president of Claverack Cooperative Insurance for many years. He will be remembered as a devoted family man, kind friend and neighbor, and a God-loving Christian.

He is survived by: his loving and understanding wife of 69 years, Florence (Orsted) Merrifield; his daughter, Sharon Johnson; granddaughter, Rachel (Kyle) Hoffman; great-granddaughter, Charlotte Hoffman; his sisters, Mary Jane Rothstein and Carol Ann Giordano, along with several nieces and nephews. In addition to his parents, he was predeceased by his son, Chester Floyd Merrifield and his brother, Walter Merrifield.

Funeral services will be private. Leave online condolences at batesanderson.com. 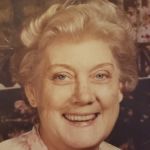 Born March 15, 1925 in Hudson, she was the daughter of the late Howard and Theresa (Palen) Stevenson.

She worked for a time at the Watervliet Arsenal as a young woman and then for the former Huyck Felt Co. and Albany Felt Co. as a burler. She was well-known for “Ellie’s Creations,” knitting hats, scarves, mittens and prayer blankets. She had an undeniable love of the Lord and her family and was the Stevenson family matriarch, always ready to recall a story or memory.

A memorial service will be held Sunday, February 21, 2021, 4 p.m. at the Raymond E. Bond Funeral Home, Valatie. A visitation hour will be from 3 to 4 p.m. prior to the service. In lieu of flowers, contributions in her name may be made to St. Luke’s Lutheran Church, Valatie. To send condolences visit raymondbondfh.com.

PHILMONT—Herbert D. Near, 91, of Philmont, a lifelong resident, died peacefully at his home Wednesday, February 17, 2021.

Born March 19, 1929 in Hudson, he was the son of the late Robert Near, Sr., and Mary (Silvernail) Near. After graduating from Philmont High School, he was drafted and served in the U.S. Army during the Korean War. He was employed with Columbia County Department of Weights and Measures until his retirement.

He was predeceased by his beloved wife, D. Patricia (Smith) Near in 2012.

He is survived by: two sons, Thomas Near (Marie Wolferstieg) of Philmont and Michael R. Near of Philmont; three grandchildren and three great-grandchildren. He was predeceased by his daughter, Collen Near as well as two brothers, Alfred “Butch” Near and Robert “Dave” Near. 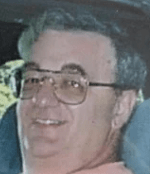 HUDSON—Thomas James Cody, 69, of Stottville passed away February 17, 2021 at Columbia Memorial Hospital due to complications from Covid-19.

He was born September 19, 1951 to the late John and Ralphine (Curcio) in Hudson. He worked for the United States Postal Service for many years until his retirement.

He was an active member of The Church of St. Joseph in Stottville, Knights of Columbus, and also enjoyed amateur radio as well as traveling.

He was predeceased by: his wife, Elizabeth; sister, Teresa and brother, James.

The family will announce funeral services in the spring. Leave online condolences at batesanderson.com.