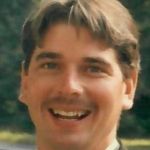 ALBANY—Brian A. Novak, 56, of Valatie died Tuesday, February 9, 2021 at Albany Medical Center after a short illness.

Born October 9, 1964 in Hudson, he was the son of the late Raymond A. Novak and Joan E. (Hoag) Novak, who resides in Valatie.

He was a graduate of Ichabod Crane High School in Valatie. He played Little League and high school baseball and enjoyed golfing and his Dodge Ram truck. He was a longtime member of Local #6 International Union of Bricklayers and Allied Craft workers. Mr. Novak worked for DeBrino Caulking Associates in Castleton and other companies in the area.

Besides his mother he is survived by: a sister, Jo-Ann Serrano (Robert) of Matthews, NC; a brother, Raymond Michael Novak (Malorie) of North Augusta, SC; two nephews, Robert and William Serrano.

Calling hours will be held Saturday, February 13, 2021 from noon to 2 p.m. at the Raymond E Bond Funeral Home, Valatie. A Mass of Christian Burial will be held at St. John the Baptist Church in the spring. In lieu of flowers, contributions may be made to the Northern Columbia Little League, P.O. Box 264, Valatie 12184.

Born December 25, 1943 in Albany, she was the daughter of the late William and Rita (Gathen) Carter.

“Jackie” worked for the New York State Department of Taxation and Finance as a tax preparer for 33 years. She enjoyed crocheting and needlepoint and always shared her crafts with everyone.

She is survived by: her husband, Larry Knott; her sister, Pauline Riley of Grafton; one niece and two nephews. She was predeceased by her brothers, Richard and William Carter.

Funeral services will be private for the family. Contributions may be made to St. Jude Children’s Research Hospital, Memorials Processing, 501 St. Jude Place, Memphis TN 38105-9959. Arrangements are under the direction of the Raymond E. Bond Funeral Home, Valatie. 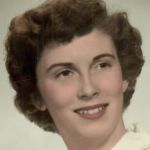 KINDERHOOK—Louise E. Keegan, 87, of Kinderhook passed away Thursday, February 11, 2021 at her home.

Born January 10, 1934 in Spencertown, she was the daughter of the late Earl and Florence (Westover) Whiteman.

She was a graduate of Chatham High School and was vice president and bookkeeper for Keegan Brothers Inc. in Kinderhook. She was a member of the Hook Boat Club and its auxiliary in Stuyvesant.

She was predeceased by: her daughter-in-law, Linda Padula; a sister, Virginia Williams and a brother, Edward Whiteman.

Funeral services will be private for the family. Burial will be in St. John the Baptist Cemetery in the spring. Arrangements are under the direction of the Raymond E. Bond Funeral Home, Valatie.