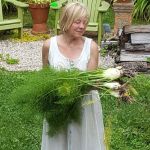 Anne Cipkowski passed away at her Austerlitz home on February 28, 2021.

She left this world too soon, but her life was full of love and adventure. Growing up in Copake Falls, Anne lived in Columbia County almost her entire life. She was the mother of six children and a foster parent to many more.

Her family was the bedrock of her life. Perhaps more than anywhere, Anne was at peace in her garden. There she grew food to fill her freezers, herbs for drying and flowers that offered habitat to pollinators and other animals around her home.

Animals were always in Anne’s life; in her years she kept llamas, goats, chickens, dogs and cats, and she formed a special relationship with the wildlife (crows in particular) around her Austerlitz home.

In her later years she became an avid outdoors woman, spending many days and nights in remote parts of the Adirondacks. Much of Anne’s career was focused on education. She once taught at Red Hook and Roeliff Jansen (Taconic Hills) schools and during recent years she was the director of the Austerlitz Historical Society, located just a mile from her home. There she organized the Blueberry Festival, educational events, and other offerings of the organization. Anne’s legacy is the lasting impact she made on her family, friends, and others that she touched.

Anne is survived by her beloved husband Todd, her children Kayla, Lucas, Sabrina, Dylan, Whitney, and Alec, her grandchildren Colton, Landon, Maxwell, and Jacob, and her brother Kendall Burdick. A celebration of her life will be held in May.

WINTER HAVEN, FL—Robert “Bob” Edward Alamillo of Winter Haven passed away Wednesday March 3, 2021 at the age of 76, surrounded by loved ones.

Born August 10, 1944 in Hudson, he moved to Florida with his wife, daughter and best friend, Jim Fountain, 41 years ago. He worked in hotel management in the Orlando area and later became a Subway franchisee.

In his free time he was active in his church community, as well as a softball coach and religious education teacher to many children in the local community. He was also a member of RCIA, Christ Renews his Parish, and the religious education program at St. Joseph’s Catholic Church. He was passionate about his faith, and guiding others especially the youth of the community through their faith.

Mr. Alamillo was preceded in death by: his parents, Florence and Malcolm; his siblings, David, Douglas and John; his wife, Donna and his best friend, Jim Fountain.

He is survived by: his daughter, Robin Angle; son-in-law, Michael Angle of Winter Haven; sisters, Jane Bouton and Colleen Mallon of New York and three grandchildren, Michelle, Douglas and Makaylee. 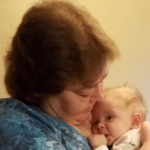 COPAKE—Wanda Lee (Garrison) McCauley, a lifelong resident of Columbia County, passed away March 16, 2021 at the age of 60 with her loving husband by her side.

She was born in Hudson, November 2, 1960 to William Garrison, Sr., and Shirley Lloyd. She worked alongside her father and mother, helping with the responsibilities of farm work and family life, and graduated from Taconic Hills in 1978.

She was a devoted wife and mother, as well as an avid baker and cook. She enjoyed knitting, drawing, reading and never shied away from the challenge of a difficult puzzle or a late night round of Sudoku. She was known for her independence. Often, she completed minor construction or DIY projects around the house that others would hesitate to try alone. She was a lover of plants and animals, both of which have always been numerous in the McCauley home.

Mrs. McCauley is survived by: her husband of 35 years, Alfred McCauley, Jr.; her daughter, Jennifer McCauley-Miller; her son-in-law, Matthew Miller; her three grandchildren, Enzo, Michael and Conor; her mother, Shirley Garrison; her brother, William Garrison, Jr., as well as numerous nieces and nephews. She is predeceased by her father, William Garrison, Sr.; and her brother, Paul.

Funeral services will be held Saturday, March 20, 2021, 1 p.m. from the Peck and Peck Funeral Home, 8063 Route 22, Copake. A calling hour will begin at noon. Interment will follow in Hillsdale Rural Cemetery in Hillsdale, with minister, Kenneth Coddington officiating. In lieu of flowers, the family requests that donations be made to the Columbia-Greene Humane Society, 111 Humane Society Road, Hudson 12534, or to St. Jude Children’s Research Hospital (www.stjude.org). 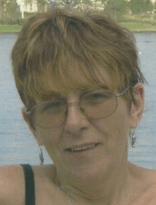 HILLSDALE—Kathryn McClurg, 67, of Hillsdale passed away peacefully March 16, 2021 at the Hospice Inn at St. Peter’s Hospital. She was born August 25 1953, to the late Lewellin and Irene (Carson) Cross.

“Kathy” had a love for automobiles, and enjoyed going to car shows. A courageous woman, she was even known to race down the drag track with her cars. She worked as a private healthcare provider for many years, until her own health declined. She enjoyed traveling with family and friends, especially her “Braveheart friends.”

Mrs. McClurg is survived by: her loving and devoted husband, Thomas McClurg; her sisters, Judy Gardner, Jane Hodgdon and brother, Tracy Cross. In addition to her parents, she was predeceased by her brother, Thurman Cross.

Visitation will be held Monday, March 22, 2021 from 3 to 6 p.m. at the Peck & Peck Funeral Home, 8063 Route 22, Copake. Funeral services will be conducted at the funeral home, Tuesday, March 23, 10 a.m. with the Reverend John P. Thompson officiating. Interment will follow in the Hillsdale Rural Cemetery. Donations in her memory may be made to Camp Bravehearts, Inc., 19 Cambridge Road, Albany 12203, or to Community Hospice of Columbia & Greene Counties, 46 Liberty Street, Catskill 12414. 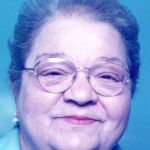 GUILDERLAND—Marie Gagnon Davis, loving wife of Robert, entered into eternal rest March 16, 2021 at the Our Lady of Mercy Center after a short illness.

She was born January 22, 1935 in Austerlitz, the daughter of Laura Gagnon Sitcer and John Gagnon. She was also raised by her stepfather, Roland Sitcer. She resided in Round Lake for the past 51 years.

She was a proud wife, mother, grandmother and great-grandmother. Throughout her 67 years of marriage to Robert Davis, she always looked forward to attending the family reunions, planning for the Christmas parties and connecting with her family. Hungry college students or volleyball teammates were always welcome to enjoy a meal at her home. She was a talented cook but also a master crocheter—many blankets grace the beds of her grandchildren and extended family. Many teachers knew her at the Shenendehowa School District where she worked for more than 30 years arranging substitute coverage for the elementary schools in the district. In her youth she was a meticulous bookkeeper for Sears and Roebuck in Albany. An avid Duke basketball and Yankee fan, married to a devoted Red Sox fan, meant that there was always a game to watch at the Davis household. She was a dedicated volunteer for the North Chatham and Round Lake baseball programs and spent many years in service as a volunteer EMT for the Malta Ambulance Corps. Together with her husband, they taught Sunday school. She was a youth counselor for the United Methodist Youth Fellowship program at the North Chatham Methodist Church and then later at the Round Lake United Methodist Church.

Visitation will be held in accordance with social distancing requirements at the French, Gifford, Preiter & Blasl Funeral Home, 25 Railroad Avenue, Chatham, Saturday, April 3 from 10 a.m. to noon. A graveside prayer service and interment will take place immediately following at the North Chatham Cemetery, Route 32 near intersection of Route 203 in North Chatham. Condolences may be conveyed at frenchblasl.com.

In lieu of flowers, the family asks that memorial donations may be sent to Malta-Stillwater EMS, P.O. Box 2470, Malta 12020. 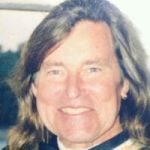 He was born in Freeport, Illinois, March 31, 1944 to Orville “Big Joe” and Gladys (Duetzi) Casford. He was a graduate of Freeport High School and the University of Wisconsin. His life accomplishments are too many to mention. He was a great athlete and outdoorsman.

He leaves behind: his wife, Christine Langlois, and his former wife, Brenda Chittenden; his niece, nephews and grandchildren, as well as many friends. For those who knew him, there are not enough words to describe him. He is the sunlight, the love, the warmth, the light and the rock. Upon coming to New York, he owned and operated the famous Ski Lodge Tavern in New Lebanon. Upon selling, he began an amazing 30-year career with Berkshire Farm Center and Services for Youth as a duty officer within the Security Department. He impacted the life of thousands, not only the young men across the state of New York for whom he served, but families and coworkers as well. He was and will be remembered for his compassion and kindness and mostly, for “his legendary swag!” He will be remembered as the “Chief,” the “Man” and the “Master,” as he’s been called respectfully throughout the years. His smile, his love for all and handshake will never be forgotten. He was a man that made a people feel like they were the most special person on earth in his presence. With humor, grace and immense courage, he fought an amazing battle. He was a testament to all. “We were so very blessed to have had him in our lives. Always and forever.” Per his wishes, there is no viewing or calling hours. His family will plan a Celebration of Life in the warmer months. “Love and thanks to all who made his life amazing.” In lieu of flowers, memorials or donations may be made to St. Jude Children’s Hospital. For online condolences visit wenkfuneralhome.com