PHILMONT—Clayton Walter LaValle of Canaan passed away March 8, 2021 in Philmont.

He was born March 5, 1937 in Middletown and raised in nearby Pond Eddy. He was the son of the late Edythe and Walter LaValle.

He earned his bachelor’s and master’s degrees from the State University of New York at Albany. He taught mathematics at Chatham High School in Chatham for the entirety of his 33-year career, and was a member of the National Council of Teachers of Mathematics. After his retirement in 1992, he volunteered as a driver for Meals on Wheels and served as the program’s coordinator for the Town of Canaan. He also served as treasurer of the Chatham High School Booster Club and on the board of the Chatham Little League. Mr. LaValle was a lifelong fan of the Brooklyn and Los Angeles Dodgers; was an avid skier, and loved spending time on the shores of Queechy Lake.

Family services will be at a later date. In lieu of flowers, the family requests donations to the Columbia County Meals on Wheels program, Columbia County Office for the Aging, 325 Columbia Street, Hudson 12534. Condolences may be conveyed at frenchblasl.com.

GREENPORT—Ellen Yu-Yung Yang of Greenport died peacefully in the early morning Wednesday March 10, 2021. She was 91.

She was born in Shenyang, China, November 24, 1929. Burial and services will be private at George Washington Memorial Park in Paramus, NJ. To leave online condolences visit www.saccofuneralhome.com

She was born in 1928 in Moussoorie, India to missionaries George Asa Ackerly and Dorothy Eggleston Ackerly.

She received her psychology degree from Westminster College, PA, and her master’s in education from Russell Sage College, Albany. She taught first grade at the Greenport Elementary School for many years. One of her most rewarding experiences, aside from being a grandmother, was her part in the creation of the Hudson Day Care Center. Following the daycare’s inception she continued for many years to show support by volunteering at the train station’s snack bar raising money for the day care center.

She and her husband, Allan, enjoyed 65 wonderful years together until his passing a year ago. They loved to travel, mountain climb, camp and bird watch, especially with their friends Katy and Stan Bardwell.

She touched and influenced many lives. She was non-judgmental and accepting. In India, her family had the opportunity to meet Mahatma Gandhi, influencing her passion for peace. She was also passionate about protecting the environment.

She was “Mimi” to Joslyn, Emily and Kat. She also leaves behind her beloved cat, Morris. Her family thanks: Jackie, who cared for both Mr. and Mrs. Wirth at home over the past few years; neighbors, Shirley and Elliot for their friendship and assistance; Denise, who also cared for Mrs. Wirth near the end and to hospice for allowing us to fulfill her wish to pass at home. “We cannot thank you enough. She will be sorely missed. Fly high Mimi!”

There are no services or calling hours. Visit www.batesanderson.com to leave condolences.

He was a devoted father who loved his children immeasurably. He had a jovial personality, and loved to make people laugh. He was a hard worker, who in his leisure time loved to fish.

In addition to his parents, Mr. Hinkein is survived by: his children, David Jr., Ahnalyhn, Da’Maree and Zayne Hinkein; four sisters, Janelle Fields, Donna Baker and Donielle and Misty Weed; three brothers, Adam Roberts and Jonas and Justin Fields, along with several aunts, uncles and cousins. He was predeceased by his brother, Robert Weed.

Visitation at the Bates & Anderson-Redmond & Keeler Funeral Home will be held Tuesday, March 16 from 5 to 6:45 p.m. with a prayer service at 6:45. Visit batesanderson.com to leave condolences. 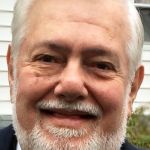 AUSTERLITZ—Armand Basmajian of Austerlitz passed away March 12, 2021 in his home.

He was born November 2, 1943 in New York City and raised in Woodside. He was the son of the late Herminé and Zaré Basmajian.

Dr. Basmajian attended Monsignor McClancy Memorial High School in East Elmhurst. He received his bachelor’s degree from Fairfield University in Connecticut and did his master’s studies at Hofstra University. He was a lover of classical music and while at Fairfield, he performed regularly as a concert pianist and accompanist.

Dr. Basmajian received his degree in dentistry from New Jersey College of Medicine and Dentistry. He practiced dentistry in Queens from 1970 until his recent retirement in 2020. Over his many years, he was beloved by his patients, many who traveled long distances to receive his care and fondly called him, “Dr. B.”

He had a unique sense of humor, was a great lover of opera, and enjoyed performing with the Armenian choir. He frequently beat his family in backgammon, regularly watched Indiana Jones movies, and spent much time on his porch taking in the beauty of the mountains and Columbia County.

Dr. Basmajian is survived by: his wife, Christina Basmajian; his two daughters, Diana Basmajian and Dr. Jeanine Bulan; son-in-law, Dr. Erwin Bulan; grandchildren, Faith and Evan Bulan; his brother, André Basmajian and wife Angela; his four nephews and their families. His son, Gregory, passed away in 2012.

A private funeral mass will be held at St. James Church in Chatham. Memorial services to celebrate his life will be at a later date. In lieu of flowers, the family requests donations to: The Community Hospice in Albany (communityhospice.org) or WQXR Radio (WQXR.org). Condolences may be conveyed at frenchblasl.com.