HUDSON—Howard Davis Mackey, 73, of Hudson passed away Thursday, February 25, 2021 at his home.

Born September 3, 1947 in Roseboro, NC, he was the son of the late William H. and Melvina (Davis) Mackey.

He was last employed as a roofer with AAA Roofing in Hudson. Calling hours and services were held March 1, 2021 at the Sacco Funeral Home in Greenport.

BEACON—Daniel J. Larkin, 73, of Gallatin passed away March 2, 2021 at the Fishkill Center for Rehabilitation and Nursing. He was born December 14, 1947 in Yonkers, to the late Joseph and Louise (Masse) Larkin.

“Dan” earned a bachelor’s degree in political science from Niagara University, which fueled his passion for politics. He worked for many years at IBM in Poughkeepsie.

He will be remembered for his love of gardening and his highly-skilled “green thumb.” Above all else he was a devoted family man.

A Mass of Christian Burial was celebrated Monday, March 8, 2021 from St. Anthony’s Church in Pine Plains with the Reverend William White officiating. Masks and social distancing procedures will be adhered to during the funeral Mass.

In lieu of flowers, memorial contributions may be made to Dyson Center for Cancer Care, 45 Reade Place, Poughkeepsie 12601.

COPAKE—Alfred John Conti, 76, of Copake, previously of Brooklyn, passed away Tuesday March 2, 2021 at his residence.

He was employed as a watch engineer with Local #30 at Ogden Allied/ABM in Manhattan. He had a love of Lionel trains and with his son, enjoyed restoring his 1937 Buick Model 41 Series with side mounts. While residing in Brooklyn he built the family a Nativity scene as a devotion to his faith.

Survivors include: his beloved wife, Barbara (DeCherico) Conti and loving son, John Dominick Conti, both of Copake; his sister, Carmen DePresco; brothers, Emmanuel and William Conti and a sister-in-law and her husband, Stephanie and Bruce Bernhard.

Arrangements were with the Peck and Peck Funeral Home, 8063 State Route 22 in Copake.

Private interment will be held at a later date.

GALLATIN—Barbara Eileen Schwartz passed away Thursday, March 4, 2021 at home in Gallatin. There are no services scheduled. Arrangements are with the Sacco Funeral Home, 700 Town Hall Drive, Greenport. To leave online condolences visit www.saccofuneralhome.com 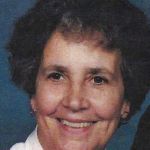 Born January 6, 1921, she was the daughter of William B. and Sara Strang Smith. She graduated from the New Britain School, a one-room schoolhouse in 1936 at the age of 15. She then pursued training in the secretarial field. She was ultimately employed as an administrative assistant at George Rickey Workshop.

She married Vincent D. Wadsworth June 1, 1941 and they raised four children. She frequently served as their “classroom” mother. She also volunteered for the New Lebanon Library, and Meals on Wheels. She was a member of the Brainard Methodist Church in New Lebanon. She was also a member of the Lebanon Valley Women’s Club, the East Chatham Grange, and Canaan Senior Citizens Club.

One of her biggest passions in life was baking, much to the delight of her grandchildren. Her pies and coffee cakes were renowned, and her cookie jar was always full. She was also an avid seamstress, knitter, gardener and reader.

She was predeceased by her husband of 58 years, Vincent Dow Wadsworth; her daughter, Holly Suzanne; her parents, and her brother, Robert Smith and his wife Martha.

It was her wish to be cremated and forego calling hours and funeral services. The family will gather privately to celebrate, honor, and remember her life.

LEBANON SPRINGS—Patricia Ann “Patty” Harper of Lebanon Springs passed away at home Wednesday, March 3, 2021. She was born in Pittsfield, MA, February 19, 1953, the daughter of the late Lewis and Sarah Griffin Harper.

She graduated from New Lebanon Central High School and was a member of the Immaculate Church in New Lebanon. She had worked at City Savings Bank and Mass Energy, but her fun jobs were Jiminy Peak, The Theater Barn and Lebanon Valley Speedway.

She enjoyed baking Christmas cookies and treats for her many friends, as well as knitting, cross-stitch and her gnomes. One of her favorite holidays was St. Patrick’s Day. She was the biggest Leprechaun around. “On March 17, St. Patrick’s Day lets all raise a toast to Patty.”

She is survived by: brothers, Dan (Janet) Harper and John (Judy) Harper; nieces and nephews, Darren, Dena and Darcie and great-niece and -nephew, Heleine and Max; many cousins and friends. A Celebration of Life will be held this summer. Memorial donations may be made to the American Heart Association, American Cancer Society or the American Diabetes Association. Arrangements are with the Hall & Higgins Funeral Home, 457 State Route 43, Stephentown. 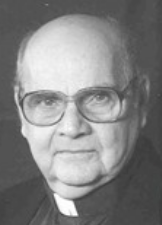 He was born October 20, 1930 in West Lynn, MA. He was the eighth of the nine children of Daniel Patrick Gorman, a machinist, and Alma Olsen Gorman, a homemaker. His parents were both from New Brunswick, Canada. Upon graduating from high school, he entered the Jesuit novitiate in Massachusetts for a short time. After a few months he realized that it was not what he was seeking. After serving as a hospital orderly for a year, in 1950 he joined the U.S. Navy where he found himself in Korea and Japan. He was honorably discharged in 1954 and continued to feel a call to religious life. Eventually, he found his way to the Brothers of Holy Cross after working for a couple of years as an account clerk at a local bank. “Tom” was received into the Congregation at St. Joseph Novitiate, Valatie in June 1958; made his first profession of vows August 23, 1959 and his perpetual profession August 23, 1962.

He served at Bishop Hendricken High School in Warwick, RI, (1960-1962); at Holy Cross High School in Flushing, (1962-1963); at Notre Dame High School in West Haven, CT, (1963-1970); at Bethlehem Catholic High School in Bethlehem, PA,(1970-1971); and at Pius XII School in Chester, (1971-1973). He then spent the remainder of his ministerial career in Connecticut: from 1973-1987 at Holy Cross High School in Waterbury, and from 1987-2014 at Notre Dame High School in West Haven, working in the business office and later as a library assistant. He returned to St. Joseph Center in Valatie, for his retirement years. “The same warm welcome he extended to so many people over the years was surely extended to him as he entered the presence of the God he sought to serve in his youth, and whom he served for more than 60 years as a Holy Cross Brother.” His funeral and burial will be private in keeping with the current Covid-19 measures in place. Arrangements are with the Raymond E. Bond Funeral Home, 1015 Kinderhook Street (Route 9), Valatie. To send condolences visit raymondbondfh.com. 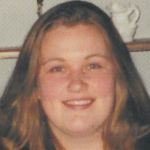 ALBANY—Tracy Elizabeth Jensen of Stuyvesant went to be with her Lord Sunday, March 7, 2021 while surrounded by family at Albany Medical Center Hospital after a long and courageous battle with cancer.

She was born June 16, 1976 to Robert Jensen and the late Elizabeth Ann Webb Jensen. She attended Ichabod Crane High School after later Hudson Valley Community College, SUNY Oswego and Siena College studying accounting. She worked for New York State Office of General Services. She was a member of St. John’s Lutheran Church of Stuyvesant. She was a huge Disney fan and the planner for her family’s many trips to Walt Disney World. She also enjoyed the many vacation trips to Minnesota to visit relatives. Her smile would always brighten the day no matter what the circumstances. She is survived by: her father, Robert Jensen and her sister, Christine Jensen, both of Stuyvesant. She was predeceased by her mother, Elizabeth Ann Webb Jensen. There will be no calling hours. There will be a celebration of her life at a later date. In lieu of flowers, donations may be made to St. John’s Lutheran Church of Stuyvesant, 159 Route 26A, Stuyvesant 12173. Arrangements are with the Raymond E. Bond Funeral Home, 1015 Kinderhook Street (Route 9), Valatie. To send condolences visit raymondbondfh.com. 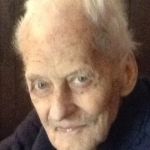 ALBANY—John Thomas Helliwell, 98, of Red Rock passed away peacefully March 6, 2021 at Hudson Park Rehabilitation and Nursing Center.
Born May 7, 1922 to Alice Hannett Helliwell and Ernest Helliwell in Hudson, he attended Stottville Elementary School and Hudson High School.
He was married in 1950 to Phyllis (Betty) E. Ford of Red Rock, who predeceased him.
He is survived by: a daughter, Robin Helliwell of Florida; a niece, Janice Winig of Germantown and members of the Ford family.
Mr. Helliwell worked for Kenneth Ford Lumber Company; the Village of Chatham; and several lumber and hardware companies in the Capital Region, mostly driving truck. He continued to drive his car until he was 97.
He enjoyed bowling, playing golf, fishing, hunting, camping and walking in the woods. He was a quiet guy who enjoyed a beer now and then.

A long-time caretaker of the Red Rock Cemetery, he also served as treasurer for the cemetery association. He was a member of the Red Rock Volunteer Fire Company; and American Legion Post #42 for more than 65 years.
Calling hours and funeral services will be held at the Wenk Funeral Home, 21 Payn Avenue, Chatham, 11 a.m. Friday, March 12, 2021. Followed by interment at the Red Rock Rural Cemetery. In lieu of flowers contributions may be sent to the Red Rock Rural Cemetery Association, 3 Cemetery Road, East Chatham 12060. To send online condolences visit wenkfuneralhome.com

SARASOTA, FL—Heaven just got a little brighter with the passing of Hudson’s former First Lady Maureen C. Yusko, 73, who passed March 7, 2021 in Sarasota, FL, after a long and hard fought battle with Parkinson’s disease.

She attended St. Mary’s Academy and graduated from Hudson High School Class of ‘65. She went on to Albany Memorial School of Nursing graduating in 1968, and served her community for 40+ years in the medical field as a registered nurse working for local doctors and Columbia Memorial Hospital.

Relocating to Sarasota, FL, in 2005, Mrs. Yusko found her way to St. Thomas More Catholic Church. She loved it there, attending Mass regularly until her illness prevented her from doing so.

She adored her children, grandchildren and her dachshund “Moxie.” She “will miss the little ones growing up and her granddaughter who will be born in April. They will miss the love she would’ve embraced them with.”

She knew how she would light up a room upon entering with her smile, kindness, and empathy.

A Mass of Christian Burial will be celebrated Monday, March 15, 2021, 10 a.m. from Holy Trinity / St. Mary’s Parish, Hudson. Interment will be in Cedar Park Cemetery. Visitation at the Bates & Anderson-Redmond & Keeler Funeral Home will be Sunday, March 14 from 2 to 4 p.m. Visit batesanderson.com to leave an online condolence.

Contributions in her memory may be made to Tidewell Hospice of Sarasota, FL, www.tidewellhospice.org, 5595 Rand Boulevard, Sarasota, FL 34238 or the Parkinson’s Foundation.

Born July 20, 1935 in Sicily, she was the daughter of Joseph and Maria (Murgano) Costa.

She was a devoted and loving wife, mother, grandmother, sister and friend. She adored her family and cherished every moment with them. She was a seamstress in Brooklyn until 1969 when she and her husband, Michele, moved to Columbia County.

There they owned the J & M Market in Stottville. She also worked in the family business L’oro d’ Italia on Warren Street, Hudson.

Mrs. Galatioto was an excellent baker and cook. She loved gardening, nature, and caring for all the birds and small animals that would frequently visit her.

Funeral services will be private. Interment will be in Mellenville Union Cemetery. Arrangements are with the Bates & Anderson – Redmond & Keeler Funeral Home, 110 Green Street, Hudson. Visit www.batesanderson.com to leave condolences.