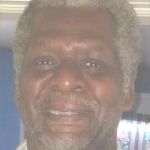 He was predeceased by his baby sister, Rosemarie; his niece, Therese VanAlstyne-Brown and great-nephew, Jordan Brown.

Mr. McArthur was a very hard-working man who loved to fish and spend time with his family. He also loved spending time in the community where you could often find him at Stewart’s grabbing his daily coffee and scratch-off tickets.

The family will have a private service. A celebration of his life will be held in June for the community. The date will be announced.

In lieu of flowers a donation to the American Heart Association may be made in Douglas McArthur’s name. Condolences may be conveyed at frenchblasl.com.

Born August 9, 1940 in Hudson, she was the daughter of Alonzo and Katherine (Dingman) Every.

She worked at the Universal Match Corporation, where she met the love of her life, Michael Martel. They were married January 17, 1970. They spend 50 wonderful years together until his passing in October 2020. She was a collector of dolls, and antiques. She also enjoyed Native American artifacts and jewelry.

Mrs. Martel is survived by: her brother-in-law, Robert Martel; sister-in-law, Henrietta Martel; goddaughter, Fay Ruggles; special friends, Judge Weaver and Barbara, Joyce Witt, Judy Wentzel, Fay and James Potts, Gary Wolfe, Leo from the Plaza Diner, and the Keeler family. In addition to her parents, she was predeceased by her husband, Michael and sister, Ruth (Every) Doty.

Graveside services at Stuyvesant Falls Cemetery will be held Monday, March 22 at 11 a.m. Contributions in her memory may be made to the Columbia-Greene Humane Society. Visit www.batesanderson.com to leave condolences.

Memorial services will be private.

In lieu of flowers and cards, contributions in his name may be made to the American Lung Association. Visit www.batesanderson.com to leave condolences. 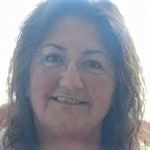 She was born in North Adams, MA, to Bertha and Andrew Brandley. She graduated from Ichabod Crane High School in 1974 and married Stephen Pertgen, who preceded her in death in 2006. For more than 39 years, she worked as an office manager for what was then the Miller Wilkins Oil Company in Valatie. Her loyal customers would come into the office just to chat and see her smiling face.

Family was the most important thing to Mrs. Pertgen also known as “Shug,” “Ginny” or “Dugar.” She was a beloved grandmother to Audrey, Rebecca, Julian, Emma and Abby. Nothing gave her more joy than to be able to spend time with her grandchildren and watch them grow up. She will always be that special light in their lives.

She is survived by: her children, Amy Pertgen and Jennifer (Jason) Redman; grandchildren, Audrey, Rebecca, Julian,